Will the News Media be Neutered? 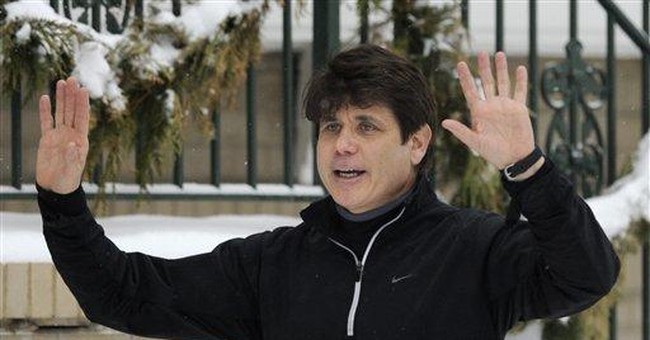 Connecticut is considering a bailout for local papers. But government assistance always comes with a catch. In the case of government aid of newspapers, it will destroy the ability of those papers to function as watchdogs. As journalism professor Paul Janensch told Reuters, "You can't expect a watchdog to bite the hand that feeds it." That's why the news out of Connecticut is very disturbing.

Two small-town papers have been in danger of being shut down because of decreasing revenue and poor management decisions. Journal Register Corp. recently had to sell the two papers, The Bristol Press and The (New Britain) Herald. Without a buyer, the alternative would have been to close the papers.

Just prior to the sale, one Connecticut State Rep., Frank Nicastro, along with the state's Department of Economic and Community Development, came to save the day. They offered a helping hand. Nicastro believes "the media is a vitally important part of America." For that reason, he has been willing to extend a bailout and keep these newspapers in business. The newspapers' announced buyer, Michael E. Schroeder, has declined to comment on any specific tax breaks or other incentives that may have been offered or accepted.

The preservation of America's democracy has long relied on a free and fiercely independent press. Newspapers play a crucial role in investigations of government corruption. Elections become meaningless when information is not accessible regarding government officials and their activities.

In countries with dictatorships or weak democracies, the press is one of the first institutions to come under attack. They hold a nation's leaders accountable. Widespread propaganda is only effective where a free press is absent, and then the citizenry can be fed government-sponsored lies. The freedom of our press would be undermined even by this less overt but equally dangerous newsroom subsidy.

Government involvement in assisting newspapers throws the idea of a free and fair press out the window. This is a timely issue, given that most newspaper publishers including The Washington Post Co., McClatchy, and The New York Times are dealing with tough fiscal times as the economy sinks and ad revenues decline sharply.

Over the coming months, watch as it becomes increasingly common for newspaper publishers to seek government assistance as they struggle to survive in this challenging economy. When the government becomes involved in a private industry, the assistance always comes with strings attached. As evidenced by the recent bailouts of the banking and auto industries, Congress only doled out money once they were given greater oversight and control over the recipient.

Even if a newspaper is not under direct pressure by the government, there will be an inherent pressure to not upset those who are funding your company. If the state of Connecticut is giving tax breaks to The Bristol Press, and the paper starts writing articles and editorials critical of the governor, those in authority could easily decide they could no longer afford to give tax breaks for that company.

Lost amid the myriad of Rod Blagojevich scandals and transcripts was the fact that the governor of Illinois and his chief of staff were in discussions to withhold government assistance from the Tribune Co. unless an editor critical of the administration was fired. Few government officials are as corrupt as "Hot Rod", but the opportunity for abuse is readily available.

The situation in Connecticut presents a dangerous precedent. Government involvement in the press is an inherently bad proposition that will take away the ability of newspapers to properly fulfill their role and opens a Pandora's Box of abuse. Newspapers must adapt and survive without government assistance or else one of the foundations of our free society will crumble.