Progressives Save The GOP

Erick Erickson
|
Posted: Jun 15, 2018 12:01 AM
Share   Tweet
The opinions expressed by columnists are their own and do not necessarily represent the views of Townhall.com. 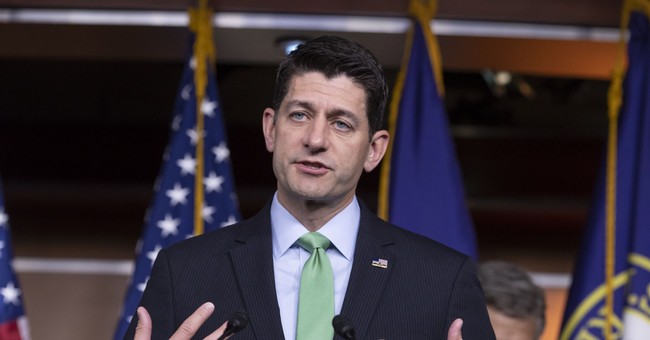 I have been pretty critical of the Republican Party even though I was, for a time, an elected Republican. I criticized George W. Bush vocally for being what some branded a "big government conservative." Under Bush, the size and scope of the federal government grew at a reckless rate, not for war, but for domestic public policy. When Bush nominated Harriet Miers to the Supreme Court, many more conservatives became vocal about Bush. Miers really was the beginning of the end of the Republican love affair with Bush. Then immigration reform broke up what was left of the relationship.

When running in 2008, John McCain refought many of the fights started when he ran in 2000. Old wounds were opened. I was critical then, too. The party could handle the criticism. When Mitt Romney ran in 2012, they could handle my criticism of him as well. Consistently, whether with Bush, McCain or even Romney, I praised when I thought it was warranted and criticized when I thought it was warranted.

But now the Republican Party has become much like the Democrats during the Obama years. No criticism of their precious is allowed. He must be protected at all cost. It is why people like Bob Corker, a man I do not care for, is right to say the party is becoming cult like. Mark Sanford, a South Carolina Congressman, abandoned his wife, his children and even the Governor's office in South Carolina to take up with his Argentinian mistress. Voters eventually forgave him and put him in Congress. He served there, despite all the scandal, until he spoke up against Donald Trump. That was too much for the voters of South Carolina.

Republicans seem to have lost confidence in their ideas. They do not want to debate. They cannot tolerate criticism from within or from the outside of the party. President Trump, on Fox News, dismissed concerns over the North Korean leader engaging in mass murder and the genocide of his people. Trump's supporters brushed it all away. The Trump supporters who savaged Obama for bowing to kings, excused their own leader saluting a ruthless communist general from North Korea. The party that long attacked Democrats for being unwilling to speak freely and think independently now operates with a herd mentality unbecoming the party of Ronald Reagan.

The political party that formed to free slaves and set about freeing the world from the iron grip of Soviet communism should rethink turning a blind eye to North Korea's monsters all for the sake of a nuclear disarmament plan the monsters have repeatedly promised and failed to deliver. Freedom's flame is always only a generation away from being extinguished and the GOP is playing a dangerous game coddling a man whose behavior mirrors Hitler and Stalin.

For all of that, though, the GOP has a saving grace -- the American progressives. Every time President Trump does something cringeworthy, the modern American progressive reminds everyone they are as totalitarian as the North Koreans and as intolerant as ISIS. They just, on both fronts, are not as violent. It is this very reason many Americans with deep reservations about President Trump continue to stand with him. It is this very reason that many Americans, who would prefer a sane alternative, will quietly vote Republican.

Republicans in America today may want to silence all criticism of Donald Trump, but the progressives wants to not just silence, but destroy, anyone with whom they disagree on anything. The GOP will hang on as the only thing standing between progressive mobs and our liberties.