Erick Erickson
|
Posted: Mar 23, 2018 12:01 AM
Share   Tweet
The opinions expressed by columnists are their own and do not necessarily represent the views of Townhall.com. 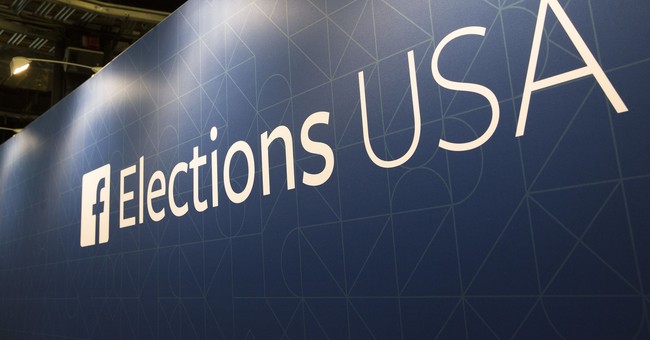 Have you ever paid to use a social media service? Does Facebook send you a bill each month, or Twitter demand a credit card for use of its service? When you log into Google, does it force you to pay before searching the web or checking email? Of course not. The reason is that you are the product. You no more pay Facebook for your ability to use its services than a banana pays a store for the right to be put on a shelf for purchase. You may not think of yourself as a product. You may not have a UPC barcode label on you. But you are a valuable commodity being sold by these companies. These companies' customers are called advertisers, who buy your data profiles and then target you with ads for their goods and services.

Last week, it came to light that people who took a humorous test on Facebook to see which Disney princess they most closely matched were actually being profiled by the test creator. You may have thought the test creator really cared which Disney princess you were, but really they cared about who you are. Facebook allowed the test creator to offer the test and collect psychographic information about you to identify your personality and, from that, extrapolate the issues that motivate you to take actions like voting or buying a new toothbrush.

This is why all the media hysteria about Cambridge Analytica amounts to nothing. Barack Obama mastered the art of Facebook data collection and ad targeting. The left only decided it was bad because Donald Trump did it and won. The media also has a major ax to grind against Facebook because many of them relied on Facebook to grow their traffic. With Facebook's algorithm change, traffic is down at most major media websites. They blame Facebook and are using this story to score points against the company.

Like with the Russians supposedly stealing the election, the outrage now at Facebook and Cambridge Analytica has more to do with the left's refusal to acknowledge how terrible Hillary Clinton was as a candidate and how terrible Robbie Mook, her campaign manager, was at running campaigns. Lest you forget, the Facebook team made themselves available to Clinton's team, but the Clinton team did not take advantage of Facebook's offer. Trump did. So, too, did Cambridge Analytica.

Barack Obama used Facebook's social data to target voters and those voters' friends. They could build lists of persuadable voters, identify the issues likely to persuade those voters, and then target advertisements and messages to those voters in order to persuade them. They could even take the online data from Facebook, cross reference it to voter databases and find the offline locations of those people in order to target them with door to door volunteers using the same messages.

Cambridge Analytica did the same thing and you'd think the world ended. The scandal is not that the company harvested Facebook's data. The scandal is that Donald Trump won. Did Cambridge Analytica keep data Facebook asked it to delete? Yes. But that's just a distraction from the fact that the company got the data in the first place. They got it in the same way other advertisers get it. They got it the same way Barack Obama got it.

What was left unsaid in 2008 and 2012 when the media and left were celebrating Barack Obama's genius use of Facebook -- and what is left unsaid now that Cambridge Analytica did the exact same thing only to be condemned -- is that there is no evidence to prove that harvesting social media data actually helped beyond the margins. Obama won and Trump won not because of their social media data harvesting, but because of their issues and their personalities versus the issues and personalities of their opponents.

Had Donald Trump lost in 2016, this would not be a story. But the left is still trying to find things to blame not named Hillary Clinton and the media is mad about its Facebook referral numbers. Now someone must be sacrificed to the gods of outrage.