Erick Erickson
|
Posted: Jan 13, 2017 12:01 AM
Share   Tweet
The opinions expressed by columnists are their own and do not necessarily represent the views of Townhall.com. 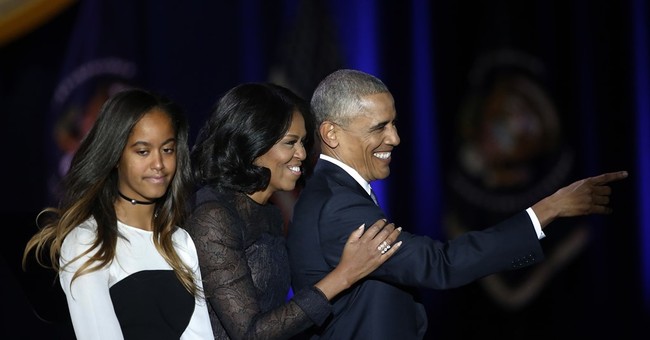 Trending
If you caught Donald Trump's press conference earlier this week, you saw a fascinating spectacle. The incoming President of the United States did not filibuster answers to run out the clock like Barack Obama does. Like a New Yorker, he gave short answers, direct answers, then moved on. He was not afraid to pick a fight.

Jim Acosta of CNN tried to ask a question after Trump insulted CNN. In fairness, CNN did nothing wrong, but because it was first to break a story that the website Buzzfeed then abused, CNN got caught in the blow back. Trump refused to take a question from Acosta, telling him that CNN was a fake news outlet.

CNN's reporting on what the intelligence community told Donald Trump was a legitimate story filled with facts. What is so interesting, however, was not Trump calling CNN a fake news organization, but the press's response to Trump. Throughout the press community there was outrage. One person compared it to Nazi tactics. Another said it was the beginning of the end of free speech.

Where were these people when Barack Obama blackballed Fox News? They have no legitimate grievance over Trump's treatment of CNN because they had no problem with Obama's treatment of Fox. The precedent has been established.

What has also been established is a new low for journalistic integrity. The website Buzzfeed, a "failing pile of garbage" as Trump called it, used CNN's factual report to release a dossier with what the Russians purportedly had collected on Donald Trump. As best anyone can tell, this was not a Russian find, but rumors started in a dark corner of the internet where people wanted to see if anyone might take the allegations seriously. BuzzFeed did, but only BuzzFeed.

In response to criticisms, BuzzFeed's Editor, Ben Smith, said this is a new age. It had now become BuzzFeed's job to just release all the information they have and let the internet decide if it was true. It is no coincidence that this new age started after Barack Obama. In rationalizing the collapse of journalistic standards, Smith told NBC's Chuck Todd that in the internet era everything should be released and engaged with. He used President Obama's birth certificate as the corollary. Because the media did not engage with it, the conspiracies took on a life of their own.

But BuzzFeed did not engage with the allegations about Trump. They passed them off on the internet with no real rebuttal. They did so on the very same night several of BuzzFeed's reporters were on social media admitting they were crying during Barack Obama's final address to the nation.

BuzzFeed, the New York Times, and multiple other media outlets have decided they are now not reporters, but the resistance. They will fire every shot at Donald Trump they can in hopes that something draws blood. In doing so, it seems they are willing to lower their standards for truth and evidence. They will let the internet decide.

The downside of this attitude is that facts and truth get sidelined. When every rumor and salacious allegation is thrown out, no one will know what is true and what is not. Everything will get immediately dismissed by Trump supporters as fake and accepted as truth by Trump's opponents. The dereliction of duty may make BuzzFeed's job easier, but it also harms the media's credibility overall.

I opposed Donald Trump. I understand the opposition. But I lost and he won. I cannot understand both the media and Trump's political opponents' unwillingness to even give him a chance. They have decided to hold Donald Trump to higher standards than any other politician in America, oppose his every word, and attack anyone around him. When Barack Obama was president, the political left said that was racism. Now they say anyone and anything around Donald Trump is racist. Just as they dilute what truth is, they will dilute what real racism is. These people are sore losers and in their rage and hysteria they are already setting Donald Trump up nicely for a second term.