Erick Erickson
|
Posted: Mar 11, 2016 12:01 AM
Share   Tweet
The opinions expressed by columnists are their own and do not necessarily represent the views of Townhall.com. 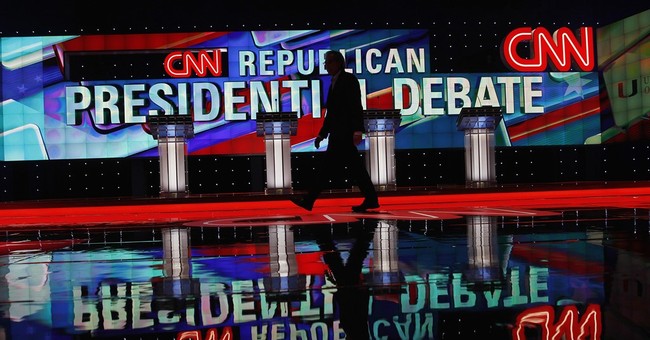 Many of those who report on campaigns have never actually worked on one. Many of those on television pontificating about campaigns as so called "political strategists" do not know the difference between a margin of error and a margin on paper. They go with the conventional wisdom that sounds good.

Just this past week, the conventional wisdom became that Marco Rubio's campaign collapsed because he dared to get in the gutter with Donald Trump. As Rubio himself noted, he had to do that because it was the only way to shift the media's attention. In truth, Rubio getting in the gutter with Trump had little to do with his campaign collapse. The real reason was poor long term strategic planning wherein his campaign decided to run a national campaign without the resources to do so.

That reason, however, ignores Donald Trump. The pundits and pontificators on cable news cannot ignore Donald Trump. He is ratings gold and news shows will let Trump break virtually any rule of propriety so long as they can get him on.

Last Tuesday, Donald Trump held a victory press conference at Mara Lago, his palatial resort in Palm Beach, FL. On display were Trump steaks, Trump magazine, Trump wine, and Trump water. His press conference became an infomercial about his branded products as he responded to accusations that businesses related to those products had gone under.

The media treated Trump's infomercial as legitimate news, choosing to ignore Ted Cruz, who had surprised everyone with a second place finish in Michigan that night and a win in Idaho. Most of the media uncritically gave Trump a pass on his infomercial. Anderson Cooper was one of the few to point out that the Trump steaks were not actually Trump branded.

It took several more days for other reporters to get around to reporting Trump's infomercial had been yet another con. The steaks were actually from Bush Brothers, no relation to Jeb. The Trump magazine on display was not actually the Trump magazine that folded. The Trump water, as Zeke Miller of Time noted, was actually Village Springs Water rebranded. It was all a farce. But it's a farce the media loves.

It has become a routine occurrence that cable news goes wall to wall with Donald Trump press conferences. CNN even covered Trump Farce One's landing in some campaign location as if it was Air Force One. When other candidates speak, the press ignores them or cuts in and out of their events. With Trump, it is wall to wall coverage and often uncritical coverage. They just let Trump speak.

Donald Trump is, in fact, a media created candidate. Should he secure the Republican nomination, his supporters will be in for a rude awakening when the press turns on Trump. No longer will he get free rides. No longer will he be able to literally phone in an interview. Perhaps the most amazing thing about this media malpractice is how so many Trump supporters claim the media has for too long picked the Republicans' nominee. Now Trump's supporters are complicit in this media campaign and do not even see it.

The major media outlets in the United States refuse to take responsibility. Frequently, reporters have taken to claiming it is not their obligation to investigate the candidates. That would be news to candidates in the past. The herd mentality of the American press corps and their fixation on ratings instead of fact has helped transform the 2016 Presidential election into a national embarrassment.

When it is all over, the media will refer to the candidates as "clowns" and claim to have had no role in any of it. Then we will do it all over again in four years.