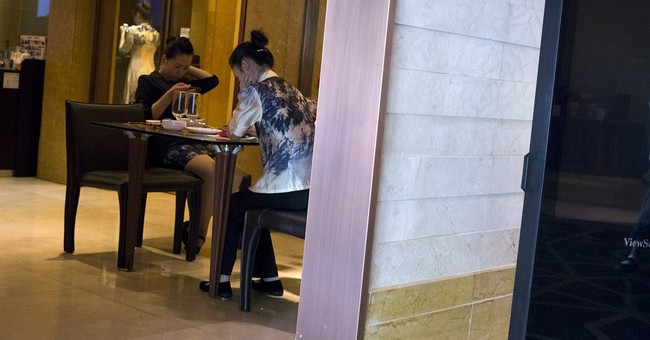 In Genesis 2:18, God says, "It is not good that the man should be alone; I will make him a helper fit for him." Thus, he creates the woman, making mankind male and female. Whether one takes the story of Genesis literally, as I do, or as a metaphor, the essential point is clear and objectively true.

Mankind is a relational being and requires community and companionship. The actions of the individual affect the community. The point was made clear in 1624 when John Donne wrote his Meditation XVII and the line "no man is an island" flowed from his pen. We were not meant to be alone and should not be alone.

If God made Eve so that Adam would not be alone, Satan made the Internet to ensure mankind would again be alone. We have substituted conversations among friends locally with online conversations globally. They are not, however, the same. Anyone who has placed a sarcastic, ironic or humorous comment online only to be vilified because the world could not see the smirk, wink, smile or twinkle in the eye online immediately knows this.

I make my living online, or I did for a number of years. Many of my very best friends were friends made online. But we get together offline, too. In fact, I have found that the most malcontented souls in the 21st century are the ones whose lives revolve around their online persona. One cannot be humbled by a 3-year-old or a spouse when he or she does not exist in real life. That humbling and relationship building is less and less important to many but still remains vitally important as we lose our sense of community.

More and more people lament a loss of community, and they have gone online to try to find it. Though there are the veneers of community online, often those communities involve a common interest and not the totality of a person's life. Real community is found in the rapids and turbulence of the total life of another person. The effort to find common ground among the uncommon is easy to ignore in online communities of interest or grievance. Around a dinner table, it takes on a necessary nature.

Therein lies a small suggestion for the future of community building among those who sense its loss. Building community starts with yourself. Having friends around a dinner table breaking bread together is nourishing for both body and soul. In fact, it is hard to go out and build community in a neighborhood or county or state or nation when one does not exist at all within a home or church.

In the first several chapters of the book of Acts, people in the early Christian church are breaking bread together often, praying together often and encouraging one another often. Though the example is sectarian, the example translates to the secular. The Apostles recount the testimony of their eyewitness to shore up the faith of converts and embolden them. Later, the church tells stories of the martyrs and how they experienced God in their own lives.

We as a people fail often to do this within our families and around the table with friends. We fail to share the good that has happened and the encouragement we have found. We fail to surround our children with a community of like-minded friends so that when they stop listening to us, those they reach out to for advice share common values. We can hardly be expected to improve the world when our own souls are weak and we are struggling with work or faith or family.

Breaking bread together around a table should be a necessary part of community building. Conversation, finding paths or compromises through differences, and building on common ground all build character and help us relate to strangers. Our society has become so noisy and so busy it is harder to do this, but if we want to improve our world, I suggest we start at the dinner table, building a small community of friends to encourage and nourish one another's souls.

Harris Pinpoints One Root Cause of Border Surge. Ted Cruz Shuts It Down.
Leah Barkoukis