'In The Arena': Theodore Roosevelt’s Americanism and Grit a Century Later

Erich Reimer
|
Posted: Jan 06, 2020 12:01 AM
Share   Tweet
The opinions expressed by columnists are their own and do not necessarily represent the views of Townhall.com. 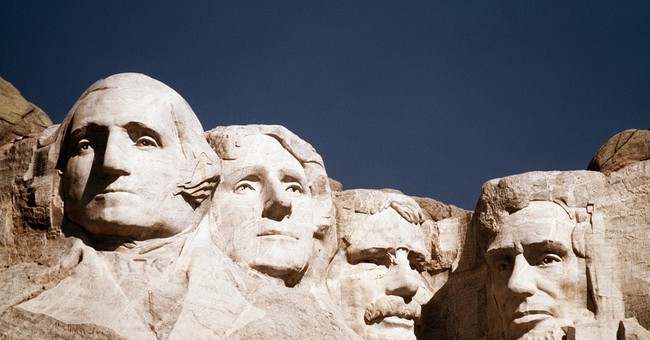 Among the endless men and women that have walked this Earth, few weather the test of time in human memory. Theodore Roosevelt – president, governor, soldier, explorer, American – stands out as one of that venerable pantheon even 101 years after his death on January 6, 1919.

Known as “The Colonel,” “Teddy”, “Bull Moose,” or “Mr. President,” Roosevelt continues to serve as a source of both policy and personal inspiration to statesman and citizen alike in modern America. Immortalized with Washington, Jefferson, and Lincoln in Mount Rushmore, Roosevelt stands in public memory mostly in his lifelong philosophy of personal vigor and grit and immovable Americanism.

“It is not the critic who counts…[t]he credit belongs to the man who is actually in the arena,” said Roosevelt famously in a speech in Paris in 1910 and which to this day are the words that live on in doting innumerable YouTube motivational videos. Roosevelt lived out that mantra famously as an asthma-stricken and poor-health child who went on to hunt in the Dakota Badlands, lead the Rough Riders in the Spanish-American War, become an avid boxer, overcome personal tragedy, and even after his presidency lead a treacherous and deadly expedition into the Amazon rainforest.

On the policy and political front Roosevelt still holds note through the strongest third-party performance in American history when he and his Progressive Party won 27.39% of the popular vote in 1912. Elevated from obscurity to the most powerful office in the country through the assassination of President William McKinley, he would go on to win the office again in his own right with a landslide electoral and popular victory in 1908 by one of the largest margins in American history to that point.

Roosevelt holds a coveted space to this day among historical political personalities, and across political lines, because of his extraordinary public and personal achievements. He came from wealth and privilege but was a fighter who was not just unafraid but liked to get dirty and rough. In this way he embodied the longstanding trope of the American spirit – wise but hardy, amicable but fierce, respectable but holding one’s ground. These aspects of Roosevelt's character inspire people to this day, personally and professionally, and undoubtedly will continue to do so in future generations.

On Americanism, Roosevelt still holds particular relevance as well. Roosevelt was adamant in his public life that, despite all our individual differences in background, creed, origin, etc., that we are bound together by shared commitment to America’s civic principles and philosophy. Seeing in almost spiritual terms the “Great War” in Europe that would unite America’s melting pot in heretofore unseen ways, Roosevelt expertly pointed out the living truth of our unique American heritage – not by blood, not by origin, but by shared commitment to God-given republican self-government.

At his core, Roosevelt stands out in the beautiful fabric of American history as a patriot and true representation of the American soul. From his disposition to his politics he came to embody and articulate what the general American consensus could come together around. In what was a turbulent time for the country with new waves of immigrants arriving at the “Golden Door,” the Industrial Revolution transforming the nation from public square to home, and a world seemingly on the verge of tearing itself apart, Roosevelt brought out amidst that the core American values that were immutable and eternal.

For the modern American that lives in an age and world vastly different from that of Teddy’s on the social, political, and technological fronts, Roosevelt can continue to be a source of many of those same personal and political values. The ideal of a common American identity, of strength with restraint and vigor with humility, are just as relevant and powerful today as they were when the “Bull Moose” walked this Earth.