The President May Have More Powers Than You Think

Erich Reimer
|
Posted: Aug 26, 2018 12:01 AM
Share   Tweet
The opinions expressed by columnists are their own and do not necessarily represent the views of Townhall.com. 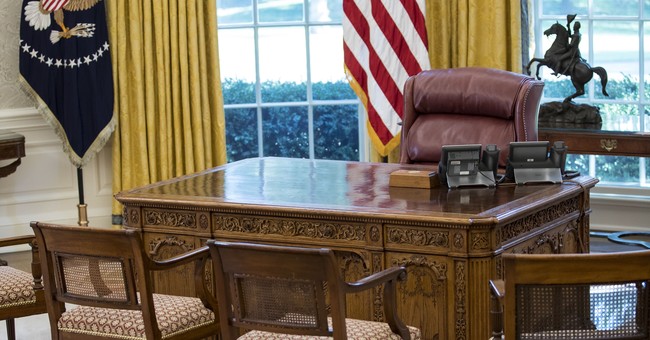 The Presidency of Donald Trump, and in particular the past few months and weeks, have been full of discussions about the precise boundaries of Presidential privilege and authority. These have ranged from the President’s discretion with his pardon power to control of federal agencies such as DOJ, from the nature of a potential impeachment to his immunity from subpoenas and prosecution.

Though the executive branch is argued to be overpowered in our modern day that sentiment is in fact mostly from an administrative state that has taken on a life of its own and grown to often be just as powerful as the three constitutional branches. In contrast, we are accustomed to a President who themselves is actually extraordinary limited in true policymaking or even policy implementation power.

This, in short, defies both the Founding Father’s intentions and much of American history.

As a lawyer in DC, I remember back to my days at the University of Virginia School of Law and a class called “Presidential Powers” I took from distinguished conservative legal scholar Professor Sai Prakash, who also served as advisor to our chapter of the constitutionalist Federalist Society I was a leader in.

He also wrote the noteworthy book “Imperial from the Beginning: The Constitution of the Original Executive,” a detailed legal treatise explaining in exhaustive fashion how the Founding Fathers intended for the President to be a relatively strong leader with powers even many monarchs at the time did not have.

The history of the Presidency in the United States indeed follows this theory closely, as throughout our history even with the legislative branch’s fundamental impeachment power the executive has retained extraordinary policymaking and implementation ability, particularly through extensive national security powers.

The great “breaking” of the Presidency undoubtedly took place in the wake of Nixon’s Watergate scandal. The resulting massive public angst over the executive resulted in the courts and Congress asserting themselves more firmly, a position they’ve held to since – although in recent decades the regulatory state has grown apart from them and even the executive it is nominally under.

We have seen Presidents since then try hard to regain ground. From fighting term limits to advocating line-item vetoes, Presidents from across the aisle from Reagan to Clinton, from Bush to Obama, have tried to assert executive powers on a greater scale again.

Turning to our founding times, it is true that the American experiment was against the will of a King who had become reckless with his power and ignored his constituents in the colonies. However it also should be remembered that the American Revolution was also just as much against the British Parliament, who at the time held the King in what was already a limited constitutional monarchy position just a century after the English Civil War, Cromwell’s dictatorship, and the “Glorious Revolution” that put parliament at its height. It was also the British Parliament who were the ones that passed the various taxes that provided the immediate spark for our nation’s birth.

Indeed the whole reason for the creation of the Constitution of the United States and it replacing the decade-long experiment in the Articles of Confederation was to bring about not only a stronger federal government but also in particular a stronger head at all of it, specifically by creating an actual chief executive.

As Alexander Hamilton describes passionately in Federalist No. 70 in defending the idea of a strong executive as the Constitution was in the midst of being ratified by the states,  “A feeble Executive implies a feeble execution of the government…the ingredients which constitute energy in the Executive are, first, unity; secondly, duration; thirdly, an adequate provision for its support; fourthly, competent powers.”

Citing the government models of past and current states such as Rome, Greece, England, and the Colonies, Hamilton essentially explains how the executive power being concentrated in one empowered figure is beneficial for public policy and governance, as long as that person derives their position from the support of the people and retains other real checks and limitations for overruns.

A strong executive does not mean a system in which the executive predominates. Rather, it is thinking about what it truly means when we think of our three branches of government as theoretically co-equal.

In our modern time this idea is difficult and complex to apply as we have an immense body of law on the relationships between the branches and the powers of the President himself, as well as the unique factual situations we find ourselves presented with.

Nonetheless it is a reminder that for those who believe in the Founding Fathers’ intentions and the precedent set by American governance for the bulk of our history, the Office of the President was intended far more strength, discretion, and deference than it currently is provided at the moment.

As we move forward in the upcoming few years it will undoubtedly be interesting to see how the legal, policy, and public precedents become tested.