Erich Reimer
|
Posted: Aug 16, 2018 12:01 AM
Share   Tweet
The opinions expressed by columnists are their own and do not necessarily represent the views of Townhall.com. 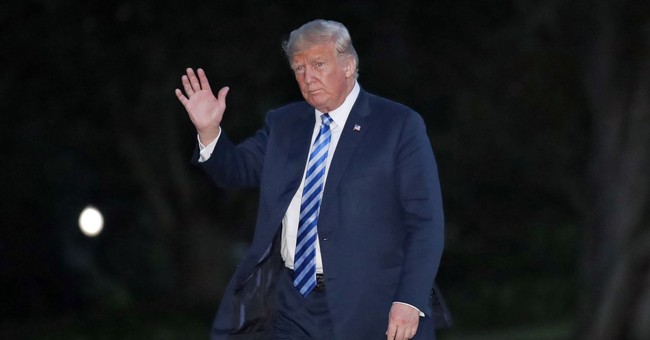 In a media circus filled with spectacles, it would undoubtedly be the biggest in modern history.

Perhaps it was because Democrats regained control of Congress and simply couldn’t resist a far-left demanding our President’s removal. Maybe Special Counsel Robert Mueller comes back with investigatory results that recommend it and give the “casus belli” many of the President’s opponents wait for.

Whatever the case, it would be perhaps the most divisive event in our country in modern history. In an age where even benign policy debates over tax policy and environmental regulations seem to fall to the rhetoric of “good against evil” and “life and death,” impeachment proceedings led by those who were against President Trump from the very beginning would be a historic assault on our institutions and the public trust.

Let’s turn the clock back a bit to look at past cases of trying the occupant of the highest office in the land. The impeachment of President Andrew Johnson back in the 1800’s was already a spectacle, fueled by a mix of hurt political feelings and serious policy disagreements.

The public galleries of the Senate were so packed that for the first time in history the Senate had to issue admission tickets for the event. The incredible event – the first successful House impeachment and subsequent trial in the Senate – ended in similarly baffling fashion, as the Senate’s 54 members voted to convict with 35 yes and 19 no. However, as 36 votes, or a two-thirds majority, was required to convict, President Johnson escaped removal from office by a single vote.

Over a century later we would almost see the “almost-impeachment” of President Richard Nixon, who had his impeachment articles reported to the House for a vote but resigned before it happened. The process was long and drawn out, with over a year of Judiciary Committee hearings and investigation not to mention the prior years of investigation of the Watergate events. Facing diminishing public approval and loss of intra-party support, President Nixon resigned rather than face what he believed would be a vote to impeach and convict.

The impeachment of President Bill Clinton just over two decades ago is perhaps the one we are all most familiar with. It is worth remembering that the eventual impeachment were not for the original actions taken with Monica Lewinksy but rather the subsequent processes at settling the situation. Impeached for perjury and obstruction of justice by the House, the Senate voted 50 yes and 50 no on obstruction and 45 yes and 55 no on perjury, allowing President Clinton to remain.

In all these cases impeachment has shown to be a highly political process. The Constitution merely prescribes the list of causes for trial, which include treason, bribery, and the all-encompassing “other high crimes and misdemeanors.” We’ve seen in past cases of the impeachment of lower federal officials that whatever the House and Senate decide is essentially final, with no legal recourse or challenge.

The House and Senate as judicial bodies for a high-profile case as the impeachment of the President cannot be expected to largely act otherwise besides as a result of political forces, as it would be such a prolific event and they could do little to resist the winds of the political hurricane. However as we saw in Johnson’s and Clinton’s impeachment trials it was the few Senators who dissented and thought the spectacle unworthy of our country’s tribulations that put the matters to rest.

Say we come to 2019, 2020, or 2021 and indeed find ourselves watching what would likely be the most highly-rated show – step aside, Keeping Up with the Kardashians – of the modern era, the impeachment trial of President Donald Trump. It would be extremely partisan and bring out terrible emotions on both sides of the country, as those who voted for the President would feel betrayed and oppressed while the fiercest enemies of the President would cheer on with Orwellian “Two Minutes Hate” fervor.

I personally think that if an impeachment trial were to actually come to fruition for our President that, as in so many cases in American history prior, a few Senators on the fence may very well decide to quietly put the country above the fray, vote to acquit, and not subject our country to the horrendous process and aftermath of the removal of someone who retains currently a roughly 50% approval rating.

Would it be incredible television though? Undoubtedly. But as a tear at our country’s social fabric, it would be tough to imagine anything worse.