What A Great Time To Be An American

Erich Reimer
|
Posted: Jul 31, 2018 12:01 AM
Share   Tweet
The opinions expressed by columnists are their own and do not necessarily represent the views of Townhall.com. 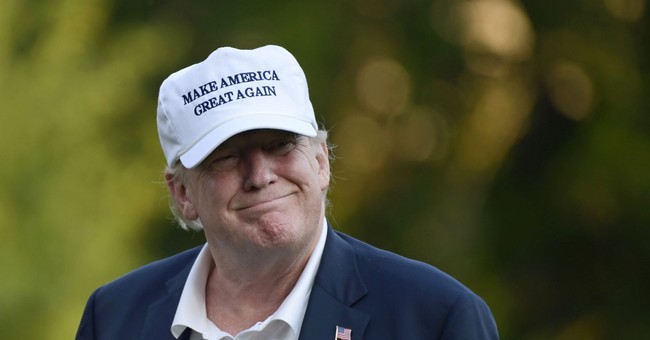 On Friday the Department of Commerce announced that U.S. GDP had grown at an incredible 4.1% rate during the second quarter, the highest in several years and even more noteworthy given the extraordinarily “hot” state of our economy right now.

That growth is mixed with historically low unemployment at 4%, a stock market that has seen the S&P 500 rally over 30% and the NASDAQ over 49.59% at the moment since election day, and immense consumer confidence.

In fact, the job market is so hot right now that employers are getting rid of experience requirements, long-maligned older workers are finally finding more opportunities, and well-off Millennials are quitting their jobs to live out their mid to late 20’s in beach paradises.

While the last part of that list may be more controversial and fit into the “Millennial bashing narrative,” and there remain complex economic problems out there still like wage stagnation and skill bifurcation, it undoubtedly is a great time to be an American.

Looking elsewhere beyond economics, we see a court system leaning again towards the rule of law and the Constitution, an end to many of the conflicts in the Middle East with the decimation of ISIS and other groups, and a general attitude of pleasantry and fulfillment in our country – at least if you don’t browse the hype-driven pages of some left-wing outlets or cable channels.

While the economy and policy are extremely complex, it remains undeniable that President Trump and the Republican Congress have been immensely influential in supporting the kind of regulatory and legislative environment that allows the inherent ingenuity of the American people to thrive.

As President Trump said on Friday in his remarks after the GDP report, America has done what many economists believed impossible and is now on the right trajectory for consistent 3% annual economic growth. With company shareholder buybacks boosting the stock market, bonuses flooding Americans’ budgets with cash, and people embracing entrepreneurial challenges and recreational pursuits, all seems well indeed.

Those who oppose the president and his policies no matter what have found themselves at a strange crossroads of either trying to find any potential uncertainty in the reports or even denying that positive economic conditions are themselves actually good. Whether headlines like The New York Times’ “Trump's Numbers on 'Amazing' Economy Sometimes Don't Add Up” or Vox’s “Trump’s economic victory lap is full of embellishments and exaggerations,” it is clear Trump Derangement Syndrome does add up and makes the president’s opponents’ reactions all too predictable.

CNN’s Opinion section even broke its spell and posted an article by one of its reporters lightly agreeing with the President’s assessments, titled “Trump's right: The economy is doing well and he deserves some credit,” even if naturally it still had a few swipes at the GOP in it.

The fact remains that in the end polls and studies have shown again and again that, in a fashion typical of Maslow’s hierarchy of needs, voters always care most about the economy until it is so good that reasonable improvement cannot be expected, and it seems we are at that point according to the latest surveys.

The economy ebbs and flows and undoubtedly someday in the future we will have a recession, as is the way of the economic cycle. However at the moment a large portion of economists seem to believe that a recession has little chance of appearing until at least 2020, if not later.

We live in the most technologically advanced and prosperous times in human history, where the most average person has available to them the entertainment and recreational options beyond the imagination of kings just a century ago.

For that we, as Americans, should be grateful to our leaders in Washington for doing it right at the moment. Furthermore, we should be grateful to one another for being the people behind the numbers, for with every dollar of activity in our trillions of dollars of GDP each year is someone going to work, creating a new invention or service, or finding innovative efficiencies that the market pays for.

The summer is slowing coming to an end but it is clear this era of American prosperity isn’t. With Labor Day soon approaching, it is undoubtedly a time to celebrate indeed.