Business Leaders Must Put a Stop to Corporate Cowardice

Eric Cervone
|
Posted: Nov 26, 2019 12:01 AM
Share   Tweet
The opinions expressed by columnists are their own and do not necessarily represent the views of Townhall.com. 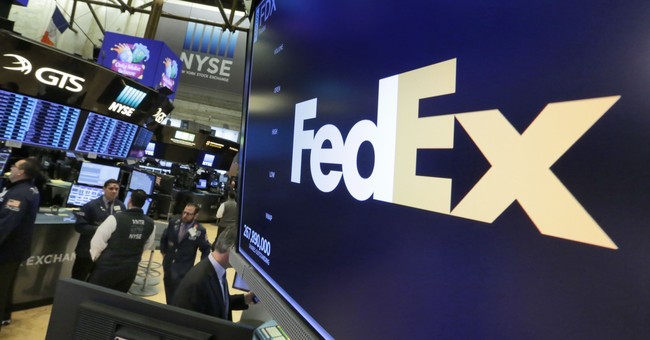 Today certainly is not the easiest time to run a business. Globalization now requires executives to be experts on geopolitical issues. And thanks to rising cultural sensitivity in our own country, the slightest misstep can trigger a national boycott, which can now be organized at almost no cost through social media.

It’s understandable that business leaders who simply want to build and sell their products would be fine burying their heads in the sand. In the short term, it’s easy to surrender to the mobs that come after you, or to placate despots in exchange for access to international customers.

America’s business leaders have always played a vital role in building and sustaining our communities. But today, America needs leadership beyond funding a park or sitting on a city council. Corporate executives make a fundamental decision: does their desire for comfort outweigh their commitment to American values?

Ayn Rand, whose ideas are often portrayed as the pinnacle of cutthroat capitalism (she titled one of her works “The Virtue of Selfishness”), highlighted the difference between principled capitalism and corporate cowardice. In Rand’s novel The Fountainhead, protagonist Howard Roark is an architect who refuses to sell out his artistic vision and personal principles in order to pacify the societal elite. “You can fake virtue for an audience. You can't fake it in your own eyes,” Roark tells another character. (It’s worth noting that The Fountainhead was published in 1943—decades before the term “virtue signaling” came into popular use). As other characters in the novel sold their souls and their autonomy for financial favors, Roark stayed true to his values.

Corporate executives have become all too willing to appear virtuous to culturally favored audiences. In an apparent attempt to appease its critics, Chick-fil-A recently announced that it would end its donations to Christian groups such as the Salvation Army. Of course, such a move will serve only to embolden those who believe that online bullying tactics are the key to building their utopia. In the end, Chick-fil-A will have sacrificed its values and gained nothing.

While some corporations have surrendered to vocal online mobs, others have rolled over for the opportunity to pluck from the golden goose of international profits. Last month, Houston Rockets executive Daryl Morey tweeted support for pro-freedom protesters in Hong Kong. Executives at the NBA—presumably afraid of the damage such a statement would do to their financial interests in China—stated that they were “extremely disappointed” in Morey’s tweet.

Americans were told that we would be exporting freedom by trading with dictatorial regimes. Yet those who seek freedom—such as the Hong Kong protesters, who have been waving the American flag and singing our national anthem as they rally for independence—are ignored, while American companies profit off their relationship with the mainland. NBA players, coaches, and owners—many of whom show no fear in criticizing their own country—have remained silent on the atrocities committed by the regimes of countries they benefit from.

During the Revolutionary War, Thomas Paine wrote, “These are the times that try men's souls. The summer soldier and the sunshine patriot will, in this crisis, shrink from the service of their country.” Many CEOs and other leaders are happy to beat the drum of patriotism when it benefits their bottom line, but recoil the second they face pushback.

Thankfully, there are still a courageous few who continue to fight back. While most of Hollywood has chosen to pander to authoritarian regimes in exchange for box office receipts, South Park’s Matt Stone and Trey Parker remain a beacon of hope in the entertainment industry. Twenty-three seasons in, South Park continues to poke a stick in the eye of the powers-that-be. The show’s bold response to the NBA was both subversive and gleeful in a way that only South Park can be.

Some companies have also began pushing back against the growing cancel culture. The once-venerable New York Times—now one of the leading mouthpieces of cancel culture—recently ran a column attacking FedEx for its support of tax cuts. While the trend today is for companies under criticism to beg forgiveness and otherwise avoid headlines, FedEx’s CEO Frederick Smith issued a scathing rebuttal of the Times’ hit piece. Like many CEOs in today’s environment, it would be much easier for Smith to apologize and acquiesce to his critics. But Smith understands what few others in corporate America seem to grasp: courage of conviction is far more powerful than the whims of the crowds. What Smith and FedEx’s PR team sacrificed in social standing among online activists and Manhattan cocktail parties, they gained tenfold in integrity.

In her writings, Ayn Rand forwarded the notion that under a system of free enterprise, certain ideals must overpower the love of money. Ideals like independence, virtue, and honor. Too many members of America’s corporate class today have chosen to sell these ideals and surrender their spines in the hopes that they could mollify those with bad-faith intentions. This strategy failed Neville Chamberlain in the 1930s, and it will fail Americans today.

As we approach Thanksgiving and celebrate that fateful Mayflower voyage, let us not forget what brought those early Americans across the Atlantic. It wasn’t a desire for fortune or to build international conglomerations. America’s Pilgrims sought simply the right to be free. It’s high time our business leaders find some courage, remind themselves of the ideals upon which our country was founded (the same ideals that made them rich), and put an end to the selling out of America.