Emmett Tyrrell
|
Posted: May 12, 2016 12:01 AM
Share   Tweet
The opinions expressed by columnists are their own and do not necessarily represent the views of Townhall.com. 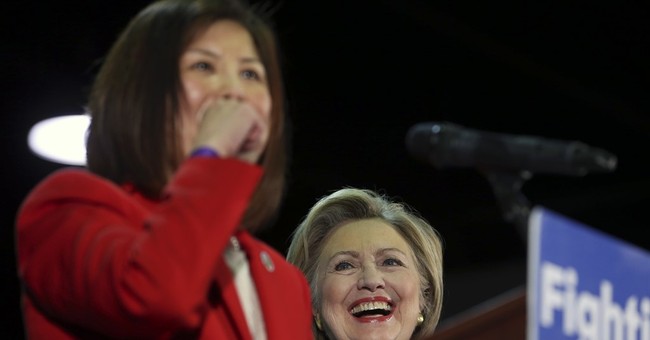 Washington -- Last week, the pressing news story was the conservative crackup, which pleased me, considering I wrote the book titled "The Conservative Crack-Up" many moons ago. Although, there were a lot more facts in my book than you will find in all the news reports that appeared last week. Moreover, the ending to my crackup story was a lot a happier for conservatives than the crackup ending predicted last week for contemporary conservatives. In brief, the wisenheimers of the media were predicting that Donald Trump, having snagged the Republican nomination, would come to Washington, D.C. in a matter of days to burn down the Republican National Committee headquarters and take Republican leaders prisoner, most significantly House Speaker Paul Ryan.

Now let me make my own prediction: Nothing of the sort will take place. Trump and Ryan will hold a non-committal meeting. The silly season will continue for weeks, with more and more Republicans throwing in with the Republicans' presumptive nominee. Then, as we approach the Republican National Convention, ever more Republicans will come aboard the national ticket, and they will get on with the scheduled elections. There will be fireworks, but nothing like a conservative crackup. Journalists, control yourselves. Democrats, subside. Everyone take a look at the Democratic contest for a change. More specifically, take a look at the storm clouds gathering over Hillary Clinton, or Hillary the Inevitable.

Last week, the FBI's investigation of Clinton's private email server suddenly entered a critical phase. Since late last year, I have been writing that this investigation is a very serious matter. Mostly I have mostly been ignored, but then again, I was ignored last July when I took Trump's campaign seriously.

This investigation could end her candidacy and lead to a stint in the calaboose for her and her aides. Even her lovable lug of a hubby is not exempt. Last week, we heard that a handful of her aides have already been interviewed. That ought to enlighten friends of Huma Abedin, a former top Clinton aide, as to why the sultry smile has left her lovely face in recent days. Clinton's busy schedule is about to be even busier, as she will be interviewed shortly.

The FBI's investigation began to bear fruit when Bryan Pagliano, former State Department IT specialist and Clinton's IT whiz, was given immunity from the Justice Department in exchange for his cooperation. My spies tell me Pagliano has been much more cooperative than former Justice Department official Webb Hubbell was 18 years ago when he was granted immunity by independent counsel Ken Starr, who was investigating yet another Clinton scandal. Pagliano, if he is prudent, will not want to follow Hubbell's path to prison.

Now, the infamous hacker Guccifer has made the long trek from Romania to Virginia to face charges for hacking political elites, among them Sidney Blumenthal, former Bill Clinton aide and oddball confidant of Hillary Clinton. Guccifer, in reality, is Marcel Lehel Lazar, an unemployed Romanian taxi driver who, until he was arrested, spent his days sitting at home in his underwear hacking the famous and sending their emails around the globe. It is because of this genius that the whole American political world knows about Clinton's "home-brew private server." She insists that no state secrets were revealed. Yet, the FBI has questioned Guccifer, and last week he reported to NBC News that Clinton's server "was like an open orchid on the internet. There were hundreds of folders." Clinton's day of reckoning comes ever closer.

Last week, Donald Trump, the Republican candidate whose candidacy experts doubted for months, became the unchallenged Republican nominee months before the convention. Is it possible that Clinton, after months of campaigning against a 74-year-old socialist for the Democratic nomination, will have to contend with the FBI? Will she make it to the Democratic Convention? The wisenheimers call Trump unpredictable. But what about Hillary or Hillary and Bill?

The smart money says the Clintons are too smart to allow a freak event like a hack to deny her the nomination. But I have been writing about the Clintons for years, and I have many memories of the Clintons' surprisingly goofy scandals. In my 2007 book familiarly titled "The Clinton Crack-Up: The Boy President's Life After the White House," I revealed that in the dark of the night, the Boy President would have phone sex with Monica Lewinsky on an unsecure White House telephone. Foreign governments were listening, their tape recorders whirring. If Bill Clinton was so stupid, then why would we think Hillary Clinton would be any smarter in the age of the internet?

Stories of the FBI's mounting investigation are circulating in political circles now. If, somehow, Clinton is elected to the presidency, rumors of Bill Clinton's phone sex, taped by French, Israeli and Russian intelligence agencies, could circulate again. The tapes could be used for blackmail. Does the American electorate really want to hazard four more years of the Clintons?