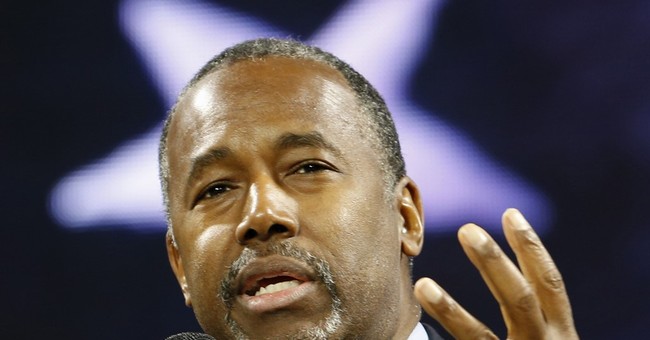 Last week, I wrote in this column that Dr. Ben Carson, a leading Republican candidate for the presidency, was an "American hero." I pronounced him thus even as the roof was falling in on his candidacy. Or was it? His numbers in the polls have held up. As the hullabaloo grew in the media, millions of dollars poured into his campaign from supporters all over the country. A week after it all began, the Carson campaign still appears formidable. Is his campaign really in trouble or has the crafty neurosurgeon-turned-presidential-candidate hit upon yet another tactic to win the election? Is he turning the maniacal nitpicking of the press to his political advantage?

I must admit I never suffered the indignity of attending journalism school, but if I had I would have thought that there would be courses wherein the aspiring Dan Rathers would learn the difference between a tall tale and a lie, to say nothing of perjury under oath. I would have thought that the learned profs would have taught their up-and-coming Brian Williamses a sense of proportion in distinguishing between questioning a man about alleged offers to attend West Point almost 50 years ago and questioning Hillary Clinton about what was on her email server seven months ago. One's recollection of an event 50 years ago (when me was young) is surely hazier than one's recollection of an event committed in 2012 (by the secretary of state), no?

Yet, alas, I am wrong about journalism school and about journalists. Over the past week the Rathers and Williamses of our time have been harassing the splendidly adult and apparently unflappable Carson with questions about the identity of students he claims to have sheltered in a biology lab the day after Martin Luther King was assassinated. That would be 47 years ago. They question him about a psychology course he took or did not take or whose title he has failed to remember accurately more than two decades later. They doubt his claims to having had a bad temper 50 years ago and before his religious awakening. He does not remember all the details of being offered a "scholarship" to West Point in 1969 when he was the leading R.O.T.C. graduate in the Detroit area. The journalistic swarm raises a controversy about a would-be assailant in a Popeye's eatery 30 years ago. Oh,yes, and there was something about an entity called Mannatech Inc., but maybe it is less urgent because it happened only six years ago.

To all of these questions Carson responds that he "has not seen anything like this." He is referring to the press's doubts about his recollections of events that took place so long ago and are of such minor consequence when compared to his positions on contemporary events in the economy, on the world stage, in American society.

Moreover, I would add, today he might just be running against a woman who is adjudged by the American people as the most "untrustworthy" and "dishonest" candidate in the presidential field, Hillary Clinton. The Democrats had a more plausible candidate in Vice President Biden. He had the highest polling numbers on "trustworthiness" before he bowed out of the race despite his plagiarism of Neil Kinnock and Robert Kennedy in 1987 and his devious record as an undergraduate and in law school. Also there is his tendency to be delightfully gaffable. So now the Democrats are left with Clinton, who has, ever since her Arkansas days, been telling lies. For instance, her cattle futures lies, her lies about bank loans and other matters of a serious nature.

In fact, the Clintons have been telling lies for decades. Some were mere tall tales about Bill's youthful impoverishment when in reality he rode around the Georgetown campus in a late model convertible or Hillary's claim that she was named after Sir Edmund Hillary when he was an unknown until six years after her birth. Other lies were more serious. Just last month she lied to a Congressional inquiry about her knowledge of Benghazi. As I meticulously demonstrated last month, she knew perfectly well and in fact told her daughter and the Egyptian prime minister at the time of the attack that the attackers were terrorists associated with al-Qaida. Meanwhile a statement went out from the State Department in which she told the American people the attack was spontaneous and a reaction to an anti-Muslim film.

Hillary Clinton's recent spate of lies on Benghazi, on her foundation, on her tenure at State are of greater consequence than what Ben Carson said or did not say about minor events in his life a half century ago. As we shall see, about this time next year.