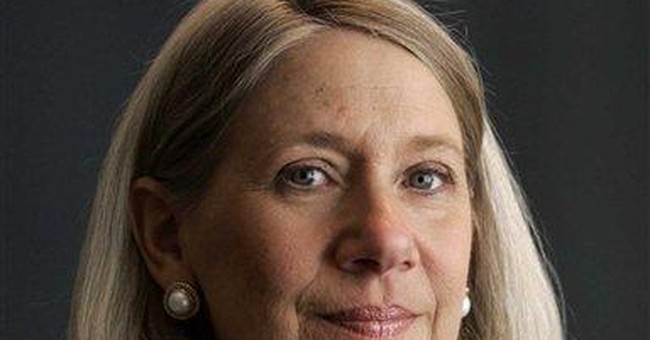 We are at that delicious moment in a modern Democratic presidential administration when the bizarre fantasticos who decorate each chaotic regime make their painful appearance -- though this administration is bringing a whiff of the ominous. Let me explain.

In the Carter administration, there was Midge Costanza, the White House aide who sent crazy memos to the White House staff insisting that they visit the Jefferson and Lincoln memorials to "reenergize." She did it herself in the early hours, and at 4 a.m. at the Jefferson Memorial, The Washington Post reported, she became characteristically hysterical: "Every time I came across 'man' or 'men' I changed it mentally. I said 'IT WAS PERSON, TOM. IT WAS PERSON! OKAY, TOM. ISN'T IT IRONIC THAT IT TOOK A WOMAN TO BE REENERGIZED RIGHT HERE?'" Then she lamented to the Post that Mr. Jefferson was "brilliant," though "he wasn't fully informed." Soon she resigned. Also in the Carter administration, there was the delightful Dr. Peter Bourne, special assistant to the president for health (!) issues, whose visit to a nocturnal cocaine party attended by Hunter Thompson and David Kennedy (now dead of cocaine abuse) was leaked to the press. Bourne survived that sticky wicket, but he did not survive once it was reported that he was issuing bogus prescriptions for controlled drugs. He resigned.

Now we have environmental czar Van Jones, National Endowment for the Arts spokesman Yosi Sergant and -- yet to resign -- White House communications director Anita Dunn. Their eccentricities are beyond masturbation, beyond shouting at stone monuments, beyond cocaine with the famous. Jones joined the Communist Party in the 1990s, not the 1890s, and he implicated the Bush administration in 9/11 -- or at least raised it as a possibility. Sergant exhorted artists on a conference call to provide governmentally funded propaganda for the president. Dunn extolled Mao Zedong as one of her two favorite "political philosophers," though neither was a philosopher. One was a saint, and Mao was a sadist.

He was also a bloodthirsty tyrant responsible for the death, imprisonment and torture of at least 70 million people. In a fatuous address to young people, she never mentioned any of this. Dunn's outburst is a first. Of all the brutal murderers of the 20th century -- say, Hitler, Stalin, Pol Pot or Castro -- none has been mentioned as an exemplar by any other White House staffer, save today's White House communications director.

Allow me a prediction. This administration is going to turn out more zanies than the past two Democratic administrations combined. Yet -- and here is the ominous part -- they are going to present a real threat to liberties that Americans take for granted, particularly freedom of speech.

Dunn's other controversial outburst is her singling out Fox News as a political enemy against whom the White House will push back. She is not the only member of this administration to speak this way. Chief of staff Rahm Emanuel has denied that Fox is a "legitimate news organization," and White House senior adviser David Axelrod has said Fox is "not really a news organization." The threat here from these government officials is to freedom of speech.

It is all of a piece with the assault on Rush Limbaugh during various leading Democratic supporters' and -- amazingly -- journalists' efforts to deny him part ownership of a professional football team. The charges against Limbaugh that circulated freely through the media were false. He never spoke approvingly or even jokingly about slavery. He never spoke positively about James Earl Ray. He actually does not talk much about race. Two of the improbable moral forces who spoke out against him, Al Sharpton and Jesse Jackson, have made racist statements on the record, particularly anti-Semitic statements, and been caught in scandals that they never should have survived (Tawana Brawley and the Atlanta murders that Jackson blamed on a nationwide racial conspiracy, to name but two).

Limbaugh was very perceptive in responding to the brouhaha by saying in The Wall Street Journal that it represented a hatred of conservatives and an attempt to keep them from "participating in the full array of opportunities this nation otherwise affords each of us." But there is a more general threat here. It is against the First Amendment. Journalists had better take note. It was a surprising spectacle to see journalists advancing the assault on Limbaugh. More surprisingly was how many of the self-appointed journalistic monitors, for instance The Washington Post's Howard Kurtz, took it all in stride.