When It Comes to Chaos, Trump Has Nothing on Previous Presidents

Ed Klein
|
Posted: Feb 21, 2017 2:31 PM
Share   Tweet
The opinions expressed by columnists are their own and do not necessarily represent the views of Townhall.com. 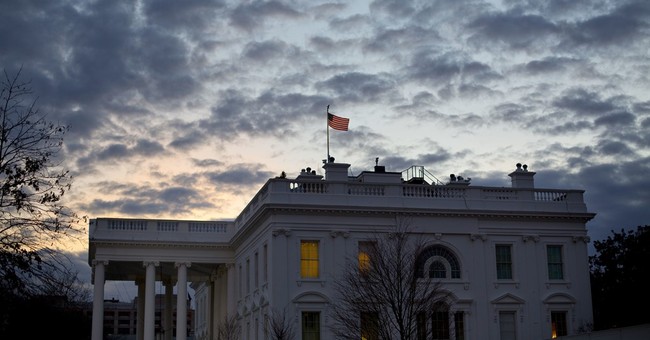 If you get most of your news from the mainstream media, you might come to the conclusion that the first month of Donald Trump’s administration is unique in the annals of presidential chaos and incompetence. Rather than the “well-oiled machine” touted by Trump, the press portrays his presidency as a jalopy full of circus clowns.

But is that true? Are Donald Trump’s stumbles really unique? Have previous presidents been paragons of proficiency and professionalism who’ve gotten off to a smooth start during their first 100 days?

For an answer, let’s go to the presidential videotape.

Jimmy Carter: From day 1, Carter and his bungling crew in the West Wing displayed disdain for Congress, and the result was disaster. According to the Jimmy Carter Home Page of the Miller Center on the American President, “A pattern of mutual distrust and contempt had been set [and when] Congress transformed [Carter’s] tax plan into new favors for special interests, Carter called the taxing committees ‘a pack of ravenous wolves.’” Says Princeton University historian Fred Greenstein: “The impression was [Carter] didn’t know which end was up.”

Ronald Reagan: Seventy days into his presidency, Ronald Reagan was shot by John Hinckley while Vice President George H. W. Bush was in a plane somewhere over Texas. In the chaotic aftermath of the assassination attempt, Secretary of State Al Haig famously declared, “I’m in charge here!” He wasn’t. No one was in charge of the nuclear football. A little over a year later, both Haig and National Security Adviser Richard Allen were fired. Haig compared Reagan’s White House to a “ghost ship” with a crew of rivals fighting for control of the helm.

Bill Clinton: “Mr. Clinton’s first months were chaotic,” writes Peter Grier of the Christian Science Monitor. “His first two nominees for attorney general, Zoe Baird and Kimba Wood, both eventually withdrew due to revelations that they had employed undocumented immigrants as nannies. He became embroiled in controversy over his attempt to allow gays to serve in the military… His secretary of defense, Les Aspin, proved to be too disorganized and not decisive enough to run the enormous business of the Pentagon [and] lasted a year in the job.” And then, of course, there was the first lady’s disastrous HillaryCare, which cost Clinton control of the House of Representatives—the worst election loss for a president in 100 years.

Barack Obama: Obama was forced to withdraw his choice for commerce secretary (former New Mexico Governor Bill Richardson), his backup choice for commerce secretary (former Senator Judd Gregg), his pick for Health and Human Services (former South Dakota Senator Tom Daschle), and his nominee to be chairman of the National Intelligence Council (Charles Freeman). As WorldNet Daily reported, this chaos was “compounded by Treasury Secretary Timothy Geithner’s admission of ‘tax goofs’ involving his failure to pay $43,000 in federal self-employment taxes for four separate years (until, that is, he was tapped for his Obama post). At least five other Treasury staff picks withdrew before the Obama administration had reached the 100-day mark.” And then, of course, there was ObamaCare, which resulted in the “shellacking” that Obama suffered in the 2010 midterm election, in which the Democrats lost a half dozen Senate seats and 60 House seats.

The Takeaway: Donald Trump may be unique in many respects, but not when it comes to presidential chaos and confusion.