Socialism: The True Gospel of Greed

Ed Feulner
|
Posted: Jun 17, 2019 12:01 PM
Share   Tweet
The opinions expressed by columnists are their own and do not necessarily represent the views of Townhall.com. 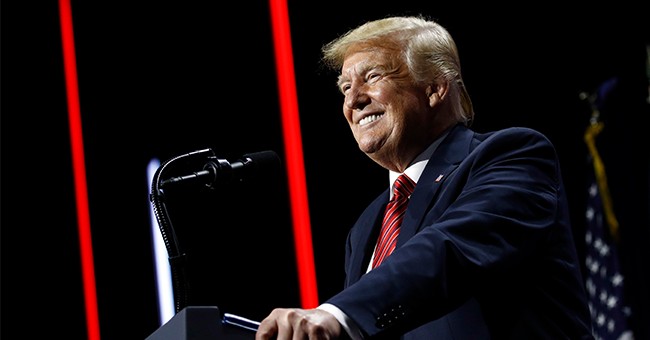 “Tonight, we renew our resolve that America will never be a socialist country.”

That’s from President Trump’s last State of the Union address. I’m sure many people found it as encouraging as I did, especially in light of surveys indicating that socialism is gaining popularity here in the United States.

And not just at the fringes. One recent Gallup poll showed four out of 10 Americans have a favorable impression of socialism. Almost half – 47 percent – said they would vote for a socialist candidate for president.

But don’t despair just yet. The same poll also revealed that almost two out of every three Americans – 62 percent – say that decisions about the economy should be left up to the free market, not the government. The same holds true when it comes to health care and higher education.

If you know anything about socialism, these results are completely contradictory. It’s obvious that a lot of people who say they favor socialism don’t understand what it is.

I find that somewhat encouraging. Not that so many people don’t understand what socialism is, of course, but that much of its apparent support is based on a misunderstanding. That certainly beats a genuine conviction that socialism is better.

If they understood what socialism is – “a system or condition of society in which the means of production are owned and controlled by the state,” to use Merriam-Webster’s definition – they would realize it’s the antithesis of free enterprise. That it’s the very opposite of freedom.

Many Americans who say they favor socialism clearly are hearing “socialism” and thinking of it instead as a way to fix whatever societal woes are bothering them.

Our attitudes have shifted in a negative way. The American Dream rests on us seeing successful people and thinking, “I can do that, too. I’m free. I’m willing to work hard. I can make it happen for me as well.”

But politicians on the Left encourage their fellow Americans to hate the rich and want to punish them. They equate capitalism with greed.

And yet nothing is based more on greed than socialism. Just ask Andy Puzder, the former CEO of CKE Restaurants, the parent company of Carl’s Jr. and Hardee’s.

“If you’re in a capitalist economy, the only way you can succeed is by meeting the needs of other people,” he said in a recent interview. “Socialism, on the other hand, focuses you inward. You’re focused on what you can get.”

The irony is, well, rich.

Puzder recalled a time when, as a boy, he accompanied his car-dealer father to make a delivery to a wealthy client. He was amazed at the man’s opulent property and asked his dad what the man did for a living. His father said the man was a lawyer who owned a company.

“I can still remember thinking, to this day, ‘A lawyer. I could be a lawyer.’ Now thank God we lived in a country where a working-class kid like me could become a lawyer, and have a chance to eventually become the CEO of an international corporation myself,” Puzder said.

Today, unfortunately, too many Americans are apt to see an individual like that and assume the worst – that he’s a robber baron who’s exploiting the poor. And opportunistic politicians are all too happy to stoke their envy.

But as Puzder points out, you can’t succeed in a free society without finding a way to serve your fellow man. You gain only by helping your customers gain.

That’s why you see well-fed, well-clothed overlords in a socialist economy such as Venezuela. They’re the true robber barons.

You don’t get a better seat on the boat but punching holes under the people sitting in first-class. We’re all in this together. So rather than focus on how to pull those at the top down, let’s focus on how we can join them.

That’s the only way to keep the American Dream from turning into a nightmare.