Vouching for the Visa Waiver Program 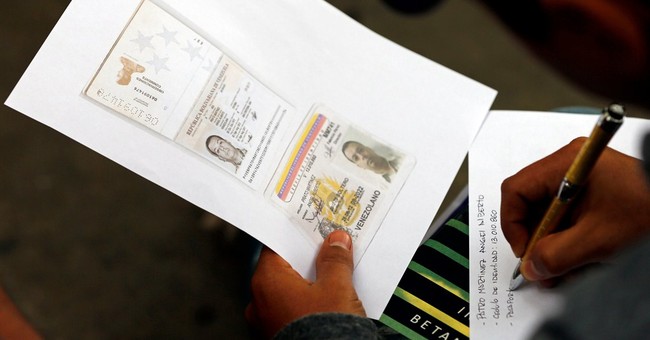 “We are in a dangerous place in the world, perhaps more dangerous than in the past 10 years.”

That’s what former Secretary of Homeland Security Michael Chertoff had to say when he visited The Heritage Foundation recently. And with reports of terrorist groups such as the Islamic State, often referred to as ISIS, all over the news, it’s not hard to see why.

As Chertoff noted, terrorist groups have proliferated “from Africa east to Afghanistan.” Frightening images of beheadings and other forms of graphic violence are all too common. And news that some Americans have gone to the Middle East to fight with groups such as ISIS and al Qaeda's affiliate in Syria are raising alarm bells as well.

Small wonder that Americans and their elected leaders are looking for signs that we’re taking every step we can to ensure we’re safe.

But we must do more than just act. We need to act intelligently and avoid knee-jerk responses that sound safer than they actually are. Case in point: putting the Visa Waiver Program (VWP) on ice, as some lawmakers have suggested.

They seem to think the VWP lets foreigners come and go as they please, but that’s not true. It allows citizens of certain countries that we’ve partnered with (38 allies to date) to visit the U.S. without a visa for 90 days. In exchange, we get security cooperation and information sharing, and U.S. citizens enjoy reciprocal visa-free travel.

Indeed, far from compromising our security, the Visa Waiver program enhances it. Heritage Foundation analyst Riley Walters notes one example: Before traveling, VWP tourists are pre-screened via the databases of all VWP members through the Electronic System for Travel Authorization. The ESTA determines whether they’re eligible to travel to the U.S. It screens out adversaries.

Travelers not cleared through ESTA would then have to apply for a visa the old-fashioned way. Prior to ESTA, VWP travelers weren’t screened until after they arrived in the U.S.

And VWP does more than augment our counter-terrorism efforts. There are economic benefits for the U.S. and its allies. From 2000 to 2013, Walters points out, there was a 36 percent increase in tourism to the U.S. with a record 69.8 million visitors last year. About 40 percent of those travelers came from VWP countries.

Clearly, suspending the Visa Waiver program will do more harm than good.

Far from limiting the VWP, we should be opening it to another vital ally: Poland. Its soldiers have fought side by side with Americans in Afghanistan and Iraq, and Poland recently joined the coalition to defeat ISIS. Like other Eastern European countries, it sees entry into the VWP as a way to increase its solidarity with the West. And there’s no reason not to say yes.

The key to increasing our security effectively is to ensure we’re not doing more harm than good. Suspending the VWP certainly falls into this category.

“Even with their swelling ranks, terrorists are a tiny percentage of any group other than other terrorists,” writes terrorism expert James Carafano. “Singling out any group for more restrictions doesn't make a lot of sense. It's like banning hay to prevent being pricked by a needle.”

There are ways to make our “place in the world” less dangerous, as Chertoff put it. And that includes relying on tools that work. VWP is one of them.