How to Alienate Allies and Flatter Foes 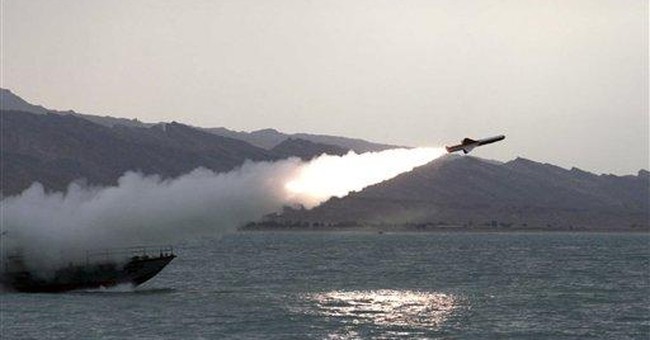 In Israel a few weeks ago, Vice President Joe Biden was embarrassed when his hosts announced plans for new housing in a disputed area of Jerusalem. It’s certainly a breach of diplomatic protocol to announce a controversial project while an ally is visiting. Prime Minister Benjamin Netanyahu realized this, and immediately apologized.

A day later, Secretary of State Hillary Clinton spent 45 minutes berating Netanyahu on the phone. We know, because a State department spokesman provided details. That’s unusual, to say the least.

As if he hadn’t driven the point home, President Obama further shunned Netanyahu on the prime minister’s next visit. The Israeli leader didn’t get the traditional grip-and-gab photo-op. Then Obama cut short their meeting. “Let me know if there is anything new,” he told Netanyahu as he left, according to a U.S. congressman quoted by The Times of London.

Showing such public displeasure can only prompt disagreements between allies and embolden those who hope to weaken our alliances. And that’s exactly what’s happening. “The prime minister leaves America disgraced, isolated and altogether weaker than when he came,” reported the Israeli newspaper Haaretz.

Contrast this icy treatment with the administration’s approach to an international competitor: Russia. A year ago, Secretary Clinton vowed to “press the reset button” to repair the damaged relations supposedly wrought by Bush administration.

Just one week after venting her anger with Netanyahu, Clinton was in Moscow. She had to wait until the last moment to learn she’d be able to meet with Prime Minister Vladimir Putin. Then he turned a ceremonial photo-op into a rant. Secretary Clinton didn’t react as Putin lashed out at American trade policies, Russia’s inability to join the World Trade Organization and U.S. sanctions against some Russian firms.

“Clinton appeared unfazed by the blunt lecture, which her aides chalked up simply to a politician’s desire to impress the domestic TV audience,” The Washington Post reported. Indeed, Clinton tried to curry favor. “If we continue to work together, we can move beyond the problems to greater opportunities,” she told reporters.

Days later, the White House seemed surprised when Russia announced that Russia and the U.S. had reached agreement on a new Strategic Arms Reduction Treaty. Spokesman Robert Gibbs thought we were “close,” while the Kremlin insisted there was already an agreement. That tough stance eliminated the possibility of any further Russian concessions.

Recall that, as an early step toward this deal, the Obama administration broke our promises to American allies Poland and the Czech Republic to build missile defense facilities in their countries. So, we’ve abandoned our allies and embraced an agreement with a traditional rival. Is this what “working together” means? Meanwhile, nobody seems certain exactly what’s in the new START.

A White House fact sheet insists, “The Treaty does not contain any constraints on testing, development or deployment of current or planned U.S. missile defense programs or current or planned United States long-range conventional strike capabilities.” But a Russian statement insists there’s a “legally binding linkage between strategic offensive and strategic defensive weapons.”

The U.S. Senate should learn which position is correct before it considers ratifying this treaty, and it should ask some other important questions, too.

The United States is engaged in a long war against extremists. We can use all the help we can get. Too bad the Obama administration can’t seem to tell which countries are with us, and which aren’t.