Shine a Light on Spending 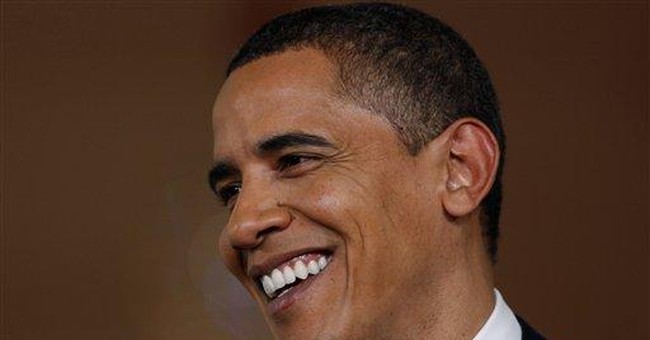 Work in Washington long enough, and you’re bound to agree with almost everyone at least once. Even socialists occasionally have good ideas.

Take Sen. Bernard Sanders, the independent from Vermont. He’s a self-proclaimed socialist, and most of the policies he supports (government-run health care, trade protectionism) are proven failures.

However, when it comes to the continuing federal bailouts of failing businesses, Sanders is on to something. We need much more openness.

At a March 3 hearing, Sanders asked Federal Reserve Chairman Ben Bernanke, “Will you tell the American people to whom you lent 2.2 trillion of their dollars?” Seems like a reasonable request. Yet Bernanke’s answer was “no.”

The Fed chair tried to add that identifying the banks in question could stigmatize them and discourage them from borrowing from the central bank. Sanders cut him off, though, later adding that, “given the size of these commitments, it is incomprehensible that the American people have not received specific details about them.”

Amen to the sentiment, if not the impolite way it was offered. Americans deserve to know where their tax dollars are going. This is especially true when that money is being borrowed by lawmakers today and will have to be repaid with interest by future taxpayers.

Just two years ago, then-Sen. Barack Obama seemed to understand this. He worked with conservative Sen. Tom Coburn, R-Okla., to pass the Federal Funding Accountability and Transparency Act of 2006. The bill created a federal database to allow anyone to find out where federal money is being spent.

By law, the government is supposed to tell taxpayers who gets federal money, how much, what the money is for and where it will be spent. “This bill is a small but significant step toward changing the culture in Washington,” Coburn said then. “Only by fostering a culture of openness, transparency and accountability will Congress come together to address the mounting fiscal challenges that threaten our future prosperity.”

Added Obama at the time: “By helping to lift the veil of secrecy in Washington, this database will help make us better legislators, reporters better journalists, and voters more active citizens.” Unfortunately, President Obama has yet to meet the standard he set as a senator.

A major problem with emergency spending programs such as the AIG bailout and the Troubled Assets Relief Program is that the true depth of the threat to our economy hasn’t been clearly defined. Taxpayers aren’t being told what their money is accomplishing, let alone what it’s supposed to accomplish.

The transparency problem extends to the general budget process. As a presidential candidate, Obama promised to promote openness by posting the contents of any bill for at least five days before it would become law. If he’d remained true to that pledge, bloggers, journalists and the general public would have had time to comb through the near-trillion dollar “stimulus” package lawmakers passed in February.

It’s entirely possible that someone could have seen the Dodd amendment (and how the Treasury had changed it) that ended up allowing insurance company AIG to pay some employees huge bonuses. Our country could have avoided the political circus we’ve seen in recent days.

It doesn’t seem like too much to ask for members of Congress to read the bills they pass. If they won’t voluntarily, we need to embarrass them into it by reviewing their handiwork and criticizing it before it becomes law.

Transparency is critical to an honest budget and responsible spending. Indeed, it’s the only way we can hold policymakers and bureaucrats accountable for what they do with our money.

Armed BLM Protesters Storm Restaurant Patio. One Diner Pulls Out Their Own Gun.
Townhall
And McConnell's the turtle? Watch (and wait) as President Biden responds to Mitch McConnell quote
Twitchy
Biden Goes Off the Rails in a Gaffe-Arama, Including One Word That Has People Talking
Redstate
Paging Ron DeSantis: Journalist Faces 20 Years in Prison for Investigating Corruption at Fla. Women's Shelter
PJ Media