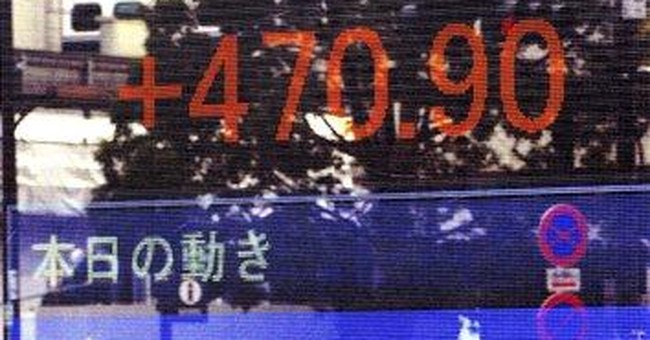 According to an old joke, anyone who’s driven in Manhattan knows how long a nanosecond is: It’s the time between when the traffic light in front of you changes from red to green and the person behind you starts honking the horn.

Barack Obama didn’t shift gears quite that swiftly. But while he campaigned like a conservative (insisting he was in favor of tax cuts, etc.), his first proposal as president-elect came from the old liberal playbook.

What form would Obama’s “stimulus” plan take? “We need a short-term economic recovery act,” explained his Chief of Staff Rahm Emanuel, that puts Americans to work “building our roads, our bridges, our schools, our water systems.”

Now, our nation’s economy clearly has slowed considerably in recent months, prompting the usual calls in Washington: “Don’t just stand there -- do something!” House Speaker Nancy Pelosi and Senate Majority Leader Harry Reid, for example, advocate a “stimulus package” that would cost between $60 billion and $100 billion. They aim to pass the measure during a lame-duck congressional session -- before year’s end and before Obama even takes office.

There are steps lawmakers should take, but they can’t make the economy better by simply mailing checks to taxpayers. They tried this twice during the Bush administration, and it failed both times.

That’s no surprise, though. After all, as my colleague Brian Riedl points out, Congress doesn’t create money. Before it can “give” anyone anything, it must either tax the money from productive citizens or borrow it from capital markets -- leaving those markets with less money to spend elsewhere. “Government spending merely redistributes existing income, doing nothing to increase productivity or employment, and therefore nothing to create additional income,” Riedl notes.

For example, as part of the first Bush stimulus package in 2001, the federal government mailed taxpayers $600 checks. And we spent that cash: Consumer spending jumped, but investment spending dropped by the same amount. Meanwhile the overall economy sputtered, growing just 1.6 percent that quarter. We tried the same experiment again this year. And, again, it failed.

Our economy is weak even though lawmakers have jacked up federal spending by 11 percent, to nearly $3 trillion. That includes $333 billion in “emergency” spending and an “economic stimulus” package that, again, involved mailing a check to every taxpayer. Yet liberals still push for more federal spending.

In a way, though, that’s understandable. After all, lawmakers (like any of us) enjoy being in charge and they like to imagine they can control the economy. But in reality, they simply can’t.

There is, however, a proven way the government can improve the economy: reduce tax rates on productive Americans.

Consider the 2003 tax cuts, which slashed rates for workers and investors. That created incentives for growth, and Americans cashed in. In the next year and a half, the stock market climbed by one third and our economy created some 300,000 new jobs. In the next two years, we added 5 million more new jobs, and overall economic growth rates doubled.

These tax cuts are set to expire during Obama’s term, however. The best way for him to boost the economy would be to press lawmakers to make these tax cuts permanent. That way, businesses would be assured their tax rates aren’t about to rise.

Cutting taxes the right way has worked to boost the economy before -- as recently as 2003, in fact. Instead of repeating past mistakes, let’s hope President-elect Obama makes cutting taxes his first order of business.