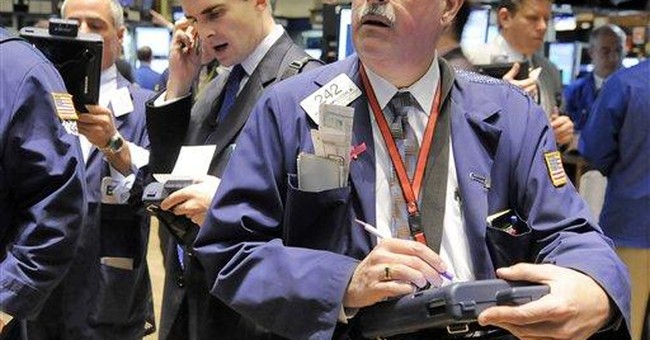 Two things should be clear to anyone trying to figure out the financial crisis. One is that we need to get to the bottom of what caused it and why. The second is that we can’t rely on Congress to conduct such an investigation.

Politicians love to hold hearings when things go wrong. It gives them a chance to look concerned, to preen for the cameras and to attack unsympathetic witnesses -- typically wealthy corporate executives. The main point of these hearings, of course, is to assign blame elsewhere. But any fair investigation will reveal that congressional actions over the years contributed to the crisis.

Rep. Henry Waxman, D-Calif., chairs the House Oversight and Government Reform Committee. On Oct. 6 and 7 he hosted hearings bashing the former CEOs of Lehman Brothers and insurance company AIG. Such a bashing may even be deserved in some cases.

Yet Waxman has declined to even schedule a hearing involving the major culprits in the meltdown, government-sponsored enterprises Fannie Mae and Freddie Mac. (A GSE is a federally chartered corporation that is privately owned, meaning investors get the profits but Uncle Sam shares the risk.)

As housing policy expert Ronald Utt wrote in a Heritage Foundation paper in 2005, “With such market power concentrated in the hands of only two companies, the stability of U.S. financial markets could be undermined by financial prob­lems in just one of them,” warned Utt, who served with the Department of Housing and Urban Development in the 1970s. “Of course, if a bailout ever becomes necessary, the taxpayers could end up paying the bill.” As, indeed, we now are.

Yet Fannie and Freddie evaded attempts to regulate them. A big reason is that they cultivated powerful friends in Congress, such as Sen. Christopher Dodd, D-Conn. As chair of the Senate banking committee, he pocketed more than $165,000 in campaign contributions from people associated with Fannie Mae and Freddie Mac.

Over in the House, the GSEs also enjoyed vocal support. “These two entities -- Fannie Mae and Freddie Mac -- are not facing any kind of financial crisis,” Rep. Barney Frank, now head of the House Banking Committee, said in 2003. “The more people exaggerate these problems, the more pressure there is on these companies, the less we will see in terms of affordable housing.”

Clearly, these gentlemen cannot credibly lead an investigation into the collapse of the very companies they championed.

No, to determine what really caused our financial difficulties, we’ll need an independent commission. Such a “Financial Crisis Commission” would collect evidence and issue a report explaining what caused the financial meltdown and recommending gutsy reforms to stop them from happening ever again.

Independence is crucial. To succeed, the commission should include members who have experience in the financial markets, and have the power to compel testimony. Its members should be appointed by the president and the leaders in Congress, with no more than half selected by any one party. This will help ensure that the final recommendations aren’t partisan.

The commission must have subpoena power, so it can figure out who did what and when, and whether those actions made a deteriorating situation worse.

It should be formed immediately, and should release its conclusions within six months. There’s precedent for this. Back in 1986, a blue-ribbon commission of experts investigated the explosion of the space shuttle Challenger, and released its report just a few months after the disaster. Similar quick work could help put our economy back on the right path.

A recent Rasmussen poll found that 59 percent of Americans agree with Ronald Reagan’s statement that “Government is not the solution to our problem; government is the problem.” A fair and complete investigation seems likely to confirm that wisdom by revealing that many of today’s problems were triggered by our elected officials -- not by a failure of the free market.

It’s time for some real oversight of our congressional overseers.