How Police Officers Do Their Jobs

D.W. Wilber
|
Posted: May 30, 2020 12:01 AM
Share   Tweet
The opinions expressed by columnists are their own and do not necessarily represent the views of Townhall.com. 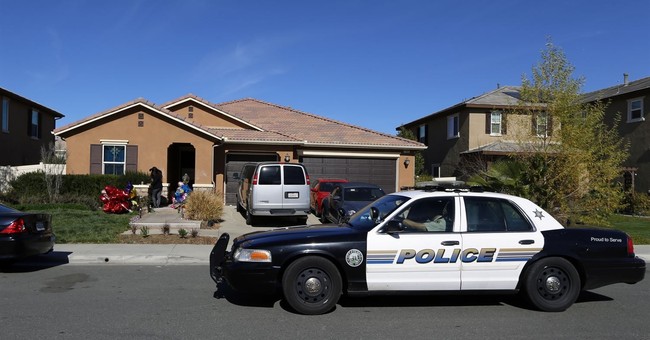 This has nothing to do with Minneapolis, but there appears to be a real lack of understanding about police work on the part of many of the general public. Mainly because no one ever took the time to try to explain how cops do their jobs. Most people form their opinions about the police and how they operate based on what they see on TV or in the movies.

So here’s a chance to test your knowledge on exactly how police do their jobs, and why police officers do certain things that often times don’t look so good on television.

1) Why do police officers take people down to the ground? Because they’re taught that it is easier to control a resisting suspect, or a suspect who is just starting to resist once you have them down on the ground. You can pin them down and get them handcuffed. This is also done to not only help prevent injury to the officer that might occur during a protracted struggle, but injuries to the suspect as well. And sometimes both officers and suspects just fall down. Feet often get tangled up, and weight shifts with someone who is struggling and resisting, balance is lost and suddenly everyone ends up in a pile on the ground. Once on the ground an officer does his best to recover control of and hold the suspect down until help can arrive.

2) Do suspects often still try to fight and resist after being handcuffed? The short answer is ‘yes, and often.’ It also regularly happens as a suspect is being escorted to and gets next to the police vehicle. It suddenly dawns on them that they really are going to jail and many will fight violently at that point. Handcuffed suspects can also still be dangerous (‘St. Louis Police Officer Robert Stanze’ a case in point. He was shot and killed by a suspect who had a hidden gun and who was handcuffed behind his back and seated in the police car. Or Missouri State Trooper James Froemsdorf who was shot and killed by his own gun by a suspect who was able to slip out of the handcuffs due to a previous hand injury and grabbed the Trooper’s gun and shot him several times, killing him on the side of a Missouri highway). Other handcuffed suspects have slipped out of their cuffs and escaped, or killed the officer, or perhaps even took an innocent bystander as a hostage after they escaped.

3) Do suspects stop fighting only to resume fighting after catching their breath? Yes. Which is why police officers will maintain control over them, using tactics like leverage, take down and control techniques, batons, pepper spray, and tasers that they are trained in and certified to use. Sometimes it comes down to just brute strength and additional officers piling onto a particularly violent or large and strong suspect. None of this looks particularly good to the uninformed TV viewer, and to an untrained and uninformed eye may appear to be excessive force when often really it’s a struggle for the officer’s very life.

All police departments maintain and update regularly a Policy Manual, SOP, General Orders Manual (different names, same thing), that gives guidance, and department rules and regulations governing everything an officer does, including a ‘Use of Force’ policy. Each officer has a personal copy of this manual. These manuals are continually under review by department legal experts and officers regularly received updates, deletions, corrections, or further guidance to their manuals. Use of Force policies receive a thorough legal review and are based on court rulings and precedent, up to and including the U.S. Supreme Court which may ultimately rule, or has ruled already on the Constitutionality of the use of force.

All officers receive basic training in the police academy on most of these tactics. By successfully completing academy training police officers are considered trained and competent, and are then authorized to use these tactics while doing their job.

As new tactics and techniques or technologies are introduced into police work, officers are trained to use them and then certified as having successfully completed the training. With a certificate usually going into their personnel file. This is recorded in order to protect the officer and his department from lawsuits claiming an officer was not trained to use a certain technique or type of equipment, and a suspect was injured as a result.

In essence, if a tactic, technique, or piece of equipment is formally approved for officers to use, a policy is written guiding its use and is placed into the Policy Manual. If he is operating within the department’s policies then his actions are considered as being done in good faith, and following department policy and regulations. Officers are expected to abide by department policy, and with regards to techniques and tactics, “to employ them to the best of an officer’s ability.”

4) Do officers have discretion and can choose not to arrest people for committing a crime? Yes. Police Officers do have a limited amount of discretion when it comes to how they handle a minor offense. Which is why people are often let go with a warning instead of a speeding ticket. Rarely if ever is a person who is committing a felony not placed under arrest and conveyed to the police station for further investigation, or eventual transport to and confinement in the county jail. It varies from state to state, but officers have a limited amount of time to present their case to the prosecutor’s office for warrant application, and then it must be signed by a judge setting bail and release conditions.

Do police officers often go ahead and arrest someone for what may seem to be a minor offense that doesn’t seem to be worth getting involved in a "resisting" event? Ever heard of "hunches”? Yes, police will often make a full custody arrest for a minor offense because they suspect there may be more going on, and they need to buy themselves some time to investigate more thoroughly. This often leads to solving a major crime. Think of Ted Bundy and many other notorious criminals who were at first arrested for something minor, but later their true identity or criminal activity was discovered. It happens often and what started out as an arrest for a minor offense turns out to be "damn good police work."

5) Why do officers shoot a suspect multiple times, it seems excessive? Because officers are trained to “shoot until the threat is over.” If an officer shoots someone ten times it’s because he was still standing and shooting at them, or charging towards them and still a threat when that tenth bullet hit them.

6) Can citizens file a complaint on a police officer? Yes, it happens all the time. Officers are expected to maintain professional conduct both on and off duty. They are expected to carry out their duties in a professional and fair manner, and abide by all laws and department regulations. The nature of the complaint that is "sustained against the officer" (found credible or proved) will determine the level of departmental disciplinary action, or even a criminal complaint if appropriate. An officer can receive a counseling from a supervisor, a verbal reprimand, a written reprimand, suspension, termination, and also be arrested.

Officers also receive countless false charges levied against them all the time. The criminal element and those that associate with them know full well that they can ruin an officer’s day and cause grief by making a false allegation. Any allegation made has to be investigated by Internal Affairs. Officers are often charged with “Unprofessional Conduct” because for good reason they told a citizen to depart an area, or something similar, and the citizen didn’t want to do it. So the officer spoke louder and more forcefully, perhaps threatening arrest for noncompliance. Next thing you know a complaint is then filed for “Unprofessional Conduct,” with both sides being interviewed. Usually complaints of this nature are quickly dismissed for lack of evidence. Oftentimes citizens wishing to complain are required to come to the police station to put the complaint in writing, and they very often decline. No written complaint? Complaint dismissed. Often “excessive force” is claimed because an officer had to use force to effect an arrest. This is always a judgement call for Internal Affairs. Are there injuries to the citizen, or to the officer? Do the injuries reflect excessive force? If not and there are no other witnesses or evidence, the complaint is generally dismissed or "unsustained." Officers are allowed to use force necessary to arrest and to defend themselves. Many people view "any" force as excessive because it doesn’t look good on TV.

Police officers themselves want dirty cops gone. They reflect poorly on all the good ones. But they also know that false allegations, or unfair allegations, also happen far too often.

7) Shouldn’t police officers be able to defend themselves without resorting to weapons or force? Police officers come in all shapes and sizes. Both men and women. Most departments have fitness standards and officers are expected to do their best to maintain department standards. Unfortunately police officers spend much of their careers sedentary, riding around in a police car. Not unlike many of us, police officers often lead an unhealthy lifestyle. Eating unhealthy fast food meals, eating quickly, not exercising. Also, physiologically most men are larger, stronger, and more powerful than most women. Do we relegate women to being Meter Maids, or not allow them to be police officers because they may not be strong enough to defend themselves without resorting to using guns or other weapons? My guess is a lot of people would be unhappy with that. And justifiably so.

Do police officers make mistakes? Absolutely, they’re human, not RoboCop machines. They work in mostly "gray" areas where they have to make decisions, often without any help or guidance, and only their instincts and best judgment and training to rely on.

Everyone has a "what about" or "what if" comment. Or the "bad cop" story they like to share. Most stories likely aren’t firsthand accounts, aren’t true, or are embellished greatly. Some people have a visceral dislike for authority and the police in general, and they will never believe anything other than the negative perceptions and comments they hear that line up with their own thinking. No sense in wasting time trying to convince them of anything.

But for the rest of you reading this, most police officers are honorable men and women who serve their communities in a very difficult, often dangerous, and ever changing landscape. They deserve our support, just as those corrupt individuals within their ranks deserve our contempt. But the good ones far outnumber the bad ones.

So take a moment during these tough times to let good police officers know that you’ve got their back.