Jane and John at it Again

D.W. Wilber
|
Posted: Nov 10, 2019 12:01 AM
Share   Tweet
The opinions expressed by columnists are their own and do not necessarily represent the views of Townhall.com. 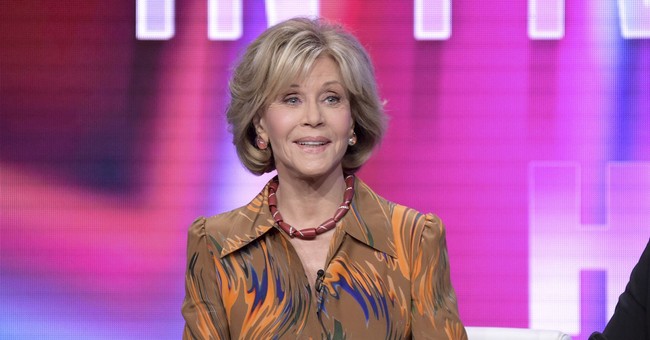 In 1972 actress Jane Fonda, the daughter of Hollywood icon Henry Fonda, visited Hanoi, the capitol of North Vietnam. This was not a USO tour to entertain the American military personnel in Hanoi at the time, nor some sort of government goodwill exchange visit. The American military in Hanoi was not in Hanoi of their own free will, and they were decidedly not in need of entertainment, they were more in need of sustainment. America was at war with North Vietnam and the only exchanges at this point in time were the exchanges of gunfire.

Jane Fonda chose to betray her country and lend her high profile Hollywood celebrity in support of a nation that at the time was at war with the United States. Our enemy North Vietnam was a nation that was killing American soldiers on the battlefield, and holding as prisoner and brutally torturing American military personnel it had captured in battle.

Treatment that was in violation of all accepted standards by the civilized world, and in violation of the Geneva Convention of which Vietnam was a signatory nation in 1957.  Jane Fonda chose to make anti-American propaganda in a very public arena, garnering as much publicity for her cause as she could get.

Fonda even had photographs taken of her posed sitting astride a North Vietnamese anti-aircraft weapon used to shoot down American warplanes, resulting in the death, or the capture and torture of many American military pilots.

Instead of facing charges of treason for aiding and abetting an enemy of the United States in a time of war, Fonda returned home to go on to make many more movies (though no sequel to that ‘highly acclaimed classic masterpiece of the cinematic arts ‘Barbarella’), and to fatten her personal bank account even more.

All the while as American service members languished in North Vietnam prisoner of war camps, many of whom had also suffered brutally as a result of their refusal to participate in Fonda's and the North Vietnamese's propaganda efforts during her visit.

Much like the treasonous behavior of former Senator and Secretary of State John Kerry who lied during his testimony before the Senate in 1971 about the Vietnam War, Jane Fonda also chose to sell out her country on the world stage.

At that time the Vietnam War had become such a contentious political issue in the United States that neither Fonda nor Kerry would end up facing any criminal charges. But both have ever since faced the intense and everlasting disgust and loathing of those military veterans who served in Vietnam, as well as veterans from subsequent conflicts the U.S. has been involved in. All veterans understand the damage these two traitors have caused to the United States military, and to the nation as a whole.

Kerry’s selling out of America has continued to the present day as he has most recently sold out America to the radical terrorist regime in Iran. It’s been well reported that he has met with them on a number of occasions, and is believed to have been helping the rogue regime in their negotiation strategy against the United States.

Hanoi Jane has now chosen to involve herself in the “global warming/climate change” scam, getting herself arrested for protesting in front of the United States Senate Hart Building in Washington, D.C. Apparently the acting gig thing is no longer generating enough exposure for the publicity-hungry eight-one-year-old washed up ‘has been’.

Following her release, Fonda talked about her one night in jail where she apparently shared her cell with a number of cockroaches. But she didn’t mention having to eat any bugs, nor was there a single word of torture.

Which is a big difference from what the Americans in Hanoi in 1971-72 were experiencing when Kerry bad-mouthed America’s military and Fonda paid her visit.