The Democrats' Despicable Me 2 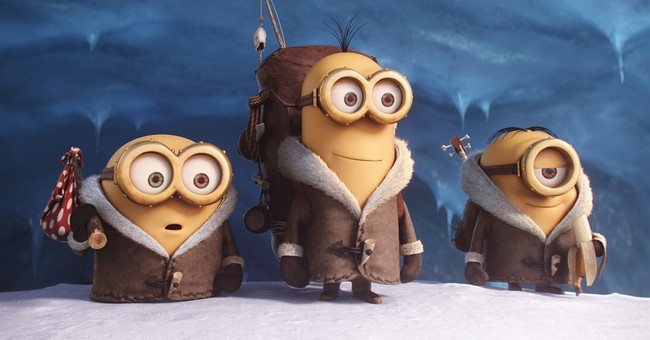 Released back in 2010 the popular animation movie ‘Despicable Me’ with its lovable ‘Minions’ was a big hit for the filmmakers at Universal Pictures. As a result of the success of the film as is often done in Hollywood the producers decided they needed to release a sequel, so in 2013 they came out with ‘Despicable Me2’ which grossed nearly half a billion dollars at the box office.

And much like the Democrat Party with their support of Hillary Clinton as their eventual nominee for president in 2016, their very own ‘Sequel to the Bill Clinton Administration’. It seems being “despicable” is the quality that most Democrats admire among their political candidates. And Bill and Hillary Clinton both certainly qualify for the title of ‘Despicable Me 2’.

I have always found it curious to say the least, how every time Bill Clinton makes an appearance at a Democrat Party event the crowd erupts into a hugely enthusiastic roar showing their support and affection for the former president. A president who was confronted with countless allegations over the years of sexually violating women who had the misfortune of crossing his path, victims of his rapacious sexual appetite.

The same women who were victimized by her husband ended up also being victimized by Hillary, feeling her wrath as she coordinated and choreographed the personal attacks against those whose only mistake was to fall prey to her husband Bill. Absolutely despicable.

Hillary Clinton, an unindicted co-conspirator of the Whitewater Investigation, as well as earlier in her career a member of the Watergate investigation who was fired for dishonest and unethical behavior, Hillary seems to be able to get away with just about anything nowadays simply by lying about it.

So comfortable is she in her adoring fans support that she doesn’t even try to cover up her lies anymore, she simply repeats them over and over and then moves on knowing the vast majority of the news media will parrot what she says without question. Hillary is a true believer in the old adage “if you tell a lie enough it becomes the truth”.

What I find even more troubling is how many of the so-called women’s rights groups continue to support both of the Clinton’s, and in particular Hillary Clinton’s current quest for the White House knowing full well the history of this despicable duo. Apparently, they are only interested in what the Clintons say from a policy standpoint, not in what either of them actually do or have done in the past to those same women these women’s groups claim to represent.

Bill Clinton’s predatory behavior is well known, as is Hillary’s history of lies and deceit. And while Bill’s sexual advances on unwilling women has been well documented, he has suffered little in the way of being held accountable for victimizing these innocent women over the years. If anything he has grown in stature within the Democrat Party, which speaks volumes about the level of morality found within the ranks of the Democrat Party leadership. Hillary’s despicable history is also well known but simply discarded by Democrats who are desperate to get her into the Oval Office.

During her obsessive quest for the presidency, Hillary Clinton has been willing to steam-roll over anyone who might present a problem or get in the way. Bill Clinton’s victims were merely “Bimbo Eruptions” to be dealt with, destroyed personally if possible or bought off if necessary. All that mattered to Hillary was keeping her goal of gaining the White House for herself on track and running full speed ahead.

Hillary’s mishandling of the situation in Libya from the start has resulted in complete disarray in that nation, and also has created a safe haven for ISIS to operate openly and freely in that part of Africa.

The situation spiraled out of control not as the result of a YouTube video, but as a result of Hillary’s incompetence and negligence. The YouTube video was simply a lie concocted by Hillary to try to cover for her failures. And her failures of leadership resulted in the death of an American ambassador and three other brave Americans, abandoned by Hillary and the Obama Administration when help was ready and waiting to respond.

Americans that indeed were left behind on the battlefield, in contrast to the big lie of the Obama Administration that a trade was made for Army deserter Bowe Bergdahl because “we don’t leave anyone behind”. The brave men in Benghazi were certainly left behind.

While Hillary and her supporters concentrated on how to cover up for her failures, the abandoned Benghazi heroes struggled for their lives. Not only despicable behavior, but criminal behavior. Both of which make her wholly unfit to serve in any office, much less that of Commander in Chief of the United States Armed Forces.