Foreign Policy and the White House Office of Deviancy 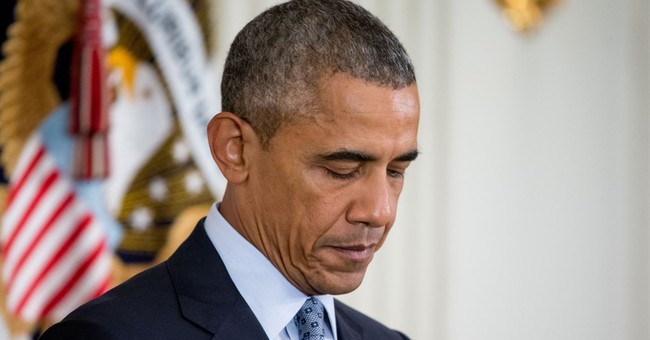 The Russian Bear is on the prowl in the Middle East, Iranian mullahs are inching towards a nuclear bomb with no stopping them in sight, and America’s allies are scratching their heads in wonderment questioning when or even if America will show up on the world stage and resume our proper and historical leadership role.

As Syrian refugees, A.K.A. ISIS terrorists flood into Europe with more planned for the United States, the Obama Administration is being pushed aside in the Middle East by Vladimir Putin - who by the way isn’t taking in any Syrian refugees. Sending one of his military generals to the U.S. Embassy in Baghdad to convey the message, paraphrasing America’s World War II General George S. Patton, “either lead, follow, or get the hell out of the way”.

More accurately the Russian general likely conveyed a pointed and insulting message from Vladimir Putin, whose disdain and disrespect for Barack Obama is intense. You can bet the telephone wires were burning hot between the Defense Attaches Office in Baghdad and the Pentagon, and then between the Pentagon and the White House following the Russian general’s embassy visit.

Unfortunately for America, the hand of Barack Obama, or more likely that of Valerie Jarrett, answered the phone call and directed our military to once again “stand down,” as was done in Benghazi when Americans were fighting for their lives.

Once Russia reestablishes dominance in the Middle East what’s next? By chance the dissolution of NATO? Without American leadership, which Barack Obama has shown an unwillingness to provide, the NATO Alliance will likely collapse under the threat of Russian aggression aimed at the former Soviet satellites in the Baltics and Eastern Europe. Perhaps as soon as before Barack Obama leaves office in 2017.

Our enemies after all are not blind to the fact that Barack Obama is a weak president and uncommitted to, nor inclined to defend the United States and our interests around the world. Certainly Vladimir Putin recognizes this.

As Obama’s foreign policy guru Hillary Clinton came up with the ridiculous “Reset Button” with Russia, which Vladimir Putin quickly began to exploit as more of a ‘green light’ for Russian adventurism in his efforts to rebuild the Russian empire, all at the expense of the United States. Alongside words like “dishonest” and “liar” there’s a photo of Hillary Clinton in the dictionary right next to the word “naive.”

The Obama Administration will be judged by history as an abject failure in the area of foreign policy in spite of the recent agreement, many call the capitulation to Iran, reached between the United States and that terrorist regime. The consequences which are already being felt in the Middle East and which soon will be experienced in all four corners of the world, as Iran’s history has repeatedly shown.

With Trayvon Martin, Ferguson and Baltimore serving as exhibits A, B and C, the Obama Administration’s full attention has appeared to have been focused entirely on ‘social justice issues’ for the past six plus years, while the world without American leadership has fallen into one crisis after another.

Barack Obama’s screed following the recent shooting at the Oregon community college was just a continuation of his anti-gun stance and agenda since he took office. His long-held desire to significantly restrict gun ownership in America, contrary to the protections afforded Americans by the Second Amendment of the U.S. Constitution mind you, has continued unabated.

Not to be outdone, the president’s former secretary of state Hillary Clinton has decided to try to jump start her failing campaign for president by threatening to use ‘executive action’ if elected president to restrict gun ownership in America. Of course that is if she isn’t doing a ten to twenty stretch in a federal penitentiary come Inauguration Day in 2017.

American ally Israel is obviously deeply concerned and threatened not only by Barack Obama’s failure to lead, but by his obvious hostility towards our strongest ally and only true democracy in the Middle East. Even Great Britain has recently shown exasperation with Obama’s failure to recognize the ISLAMIC extremist threat that his failure to lead in Syria has created for the rest of the world.

But true to fashion and clearly showing the world that the Obama Administration’s priority has always been and will always be “social justice in the United States,” the White House Office of Deviancy recently trumpeted a new transgender bathroom for those administration employees who are confused about where to go to the bathroom.