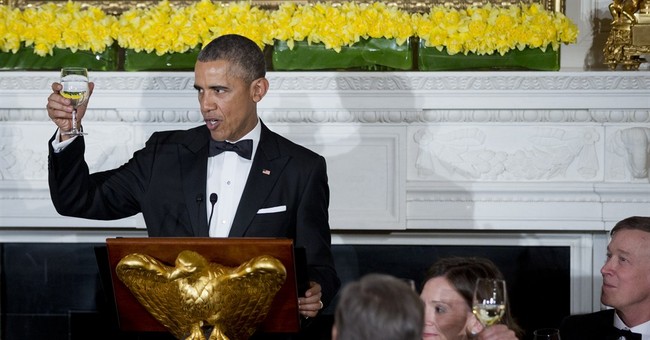 We can’t say that Barack Obama hasn’t warned us. While running for his first term as president he clearly told us that he intended to “fundamentally transform” the United States of America. The naïve among us took that proclamation to mean something positive.

Those who looked at Obama’s history with a little more discernment were very uncomfortable with exactly what Barack Obama intended to do if elected. Promising to “fundamentally transform” was a rather vague and ambiguous statement, unless one took a close look at who he associated with throughout his life. It then quickly sent chills down one’s spine.

Following the 2014 election in which Barack Obama’s party took a drubbing the president was quick to let everyone know that he could care less what a large majority of voters had to say about his policies. He told us he was going to “listen to the two-thirds who didn’t vote”. In other words the hell with elections, it was going to be ‘full speed ahead’ for Barack Obama and his “fundamental transformation”.

Just recently the president was quoted saying, “two years is a long time. And two years is also the time in which we’re going to be setting the stage for the next presidential election and the next 10 years of American policy, and so I intend to run through the tape and work really hard, and squeeze every last little bit of change”.

If anyone thought that Barack Obama was going to rest on his laurels, such as they are, and focus on planning his presidential library, padding his bank account by giving speeches, and make campaign appearances for Hillary Clinton (if invited), they were surely wrong.

Barack Obama is on a mission. A mission to complete the transformation he began back in 2009, and change America from being the world’s only super power and economic leader into just another less than exceptional bunch of inhabitants of the planet Earth.

Any thought that the former community organizer might mature into the role of a president was clearly misplaced. Continuing to drive wedges between groups of Americans as one of his tactics Obama almost seems to revel in creating political and social unrest, pitting citizens against each other.

His skill at generating civil disobedience clearly trumping any hope Americans had for even a modicum of presidential leadership. There is a big difference between being a rabble rouser and being a statesman.

Former New York Mayor Rudy Giuliani has come under recent criticism for questioning Barack Obama’s love for this country, but unfortunately ‘America’s Mayor’ is spot on in his assessment. Barack Obama and his inner circle possess a world view in which the United States of America is held in contempt. Why else would someone want to “fundamentally transform” it ?

Make no mistake, Barack Obama is hell bent on spending the next two years doing whatever he can to complete his plans for America and to make those fundamental changes permanent. Regardless of who follows him into the presidency Barack Obama is going to leave behind an economy in shambles, a military weakened by his social experimentation, and the Constitution of the United States of America just another piece of paper.