Larry Elder Is Playing to Win

Drew Allen
|
Posted: Aug 12, 2021 12:01 AM
Share   Tweet
The opinions expressed by columnists are their own and do not necessarily represent the views of Townhall.com. 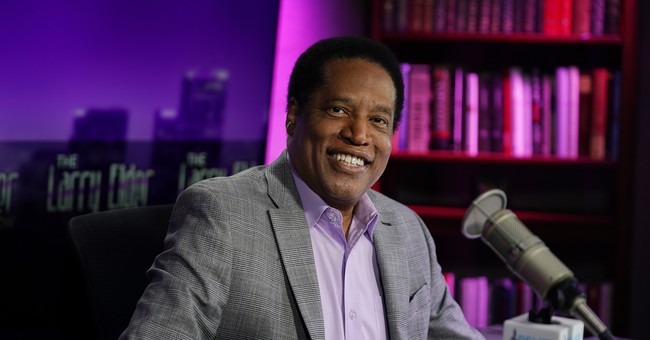 Conservative California gubernatorial candidate Larry Elder recently said in an interview that, “I do believe that Joe Biden won the election fairly and squarely.” Elder’s response understandably invited outrage and condemnation from countless conservatives, who maintain that the 2020 election was stolen.

Catturd, an unapologetic conservative with an impressive Twitter following of more than 540,000 accounts— myself included — tweeted “Good morning - see ya later Larry Elder.  He can't hold up under pressure - and yes I saw the full video, which wasn't much better. His poll numbers are about to plummet.” I understand the response from Catturd, which doubtless echoes the sentiment of millions, but it’s unnecessary.

What’s important to understand is that Larry Elder has not betrayed conservatives. He’s running for governor in a blue state.

Larry Elder’s response was strategic. Larry Elder is playing to win. I know this is a novelty for Republicans but let me explain.

I live in the state of California. It’s a blue state. Gavin Newsom was elected Governor in 2018 with 61.9 percent of the vote. Mathematically, in nearly every scenario, Larry Elder will need to get Democrat and Independent votes to win in the recall election — that is IF a majority votes to recall Newsom.

Elder isn’t running for president of the United States. He’s running for Governor of California. This is an important difference. When Democrats run for president, they lie and pretend to be moderates. This is because they understand America remains a majority conservative. But California is not America.

Barack Obama concealed his radicalism while he campaigned, even campaigning against gay marriage. Joe Biden was chosen and marketed as a moderate. Bill Clinton did the same — pretended to be a moderate. What they said on the campaign trail was radically different from what they did after they were elected. They did this because they wanted to win. So does Larry Elder.

Larry Elder is taking a play out of the Democratic Party playbook. He understands the political landscape in California. Conservative votes like mine are secure. Are we going to vote for Caitlyn Jenner instead? There are 41 candidates on the ballot. Larry Elder has the conservative vote — he’s the most conservative candidate. But he needs additional support to secure a victory.

Many in California believe Newsom’s recall is inevitable. That’s only half the battle. If a majority votes to recall Newsom, one of the 41 candidates with a majority of votes will be elected to replace Newsom for the remainder of his term. Californians must vote both against Newsom and for a replacement. Does this make sense?

While Democrats are certainly fed up with Newsom, they are activated by Trump hatred. They all have Trump derangement syndrome. If Elder makes the 2020 election fraud an issue in the recall election, he will hand Newsom ammunition to activate an otherwise unenthused Democrat voter base, which might calculate Newsom is a better alternative to Elder, or another, and vote to keep Newsom.

This is a tight rope act — one of the most delicate and complex political campaigns we have ever seen. Larry Elder’s success hinges on Californians maintaining their outrage towards Newsom’s incompetence, arrogance, and hypocrisy. Democrats will be voting against Newsom, rather than for another candidate.

In order to win, Larry Elder must execute the tried and true Democratic Party tactic of appeasing his base, while also maintaining his appeal (in this case) to more moderate Democrats, who could just as easily decide to vote to keep Newsom as they could to get rid of him.

In a landscape in which Elder's base is vastly outnumbered by Democrats, he cannot risk giving Democrats a reason to vote for Newsom. Elder must campaign on the aforementioned issues that ignited the fury of Democrats against Newsom, which led to this historic recall.

Drew Allen is the host of “The Drew Allen Show” podcast. He is a Texas-bred, California-based and millennial author, columnist, and political analyst. His work can be read and seen and heard at drewthomasallen.com