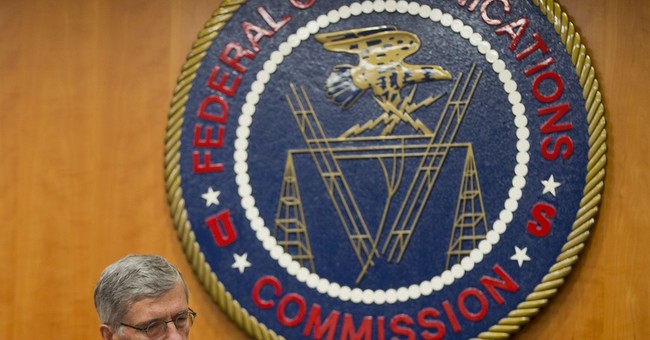 Trending
There is one place to go where you can find out anything about anyone and any moment in history. That place is called the Internet, and yes, you are using it to read this article.

A few decades ago, it would have been considered a luxury, but now it is truly a fixture of life. We seemingly would not be able to live without it -- despite the fact that the world did indeed operate without the Internet before its creation. This global system of interconnected computer networks that links billions of devices worldwide has changed the way we live our lives, for both the good and the bad. As millions of academic, business, social, government, private and public networks come together to provide and receive information, I find it rather remarkable how far we have come in the world of technology. Bravo to those who have helped us reach this place.

I think it is worth discussing the issue of the new net neutrality rules concerning the Internet. When the Federal Communications Commission (FCC) voted to implement the new rules, which make Internet service providers treat all legal content equally, I immediately shuddered at the thought of more government control in our lives.

Essentially, the government is going to regulate the Internet as a public utility so that content providers (such as Amazon and Netflix) cannot pay Internet service providers (like Comcast and Verizon) to deliver their content faster than others -- hence the term "fast lanes."

It is imperative that the government administer antitrust laws and safeguard consumers' ability to choose systems and Internet providers. But to restrict people from paying for something better or faster is not a sound idea. The Internet still has enormous room for growth and innovation, and net neutrality has the potential to suppress said innovation, as business models and novel approaches are hampered by governmental regulation.

With so much potential for future Internet advancements, I frequently have been asked: "What is the impact of technology on our lives, and what are some issues surrounding it?" There obviously is a plethora of positive attributes associated with the Internet and what it enables us to do on a daily basis. We see the Internet utilized in law enforcement to aid our officers, as well as in our classrooms to educate our youth. But this truth-telling machine of the Internet -- what does it say about us as a world? Can it tell us why a war is imminent? Can it reveal our secrets and our leaders? Can we trust the Internet to be all things for us -- the identifier of our enemies and friends, of whom we should date and even marry?

I am raising these questions to spark self-reflection and consideration of the ways in which the Internet affects your life and the role it plays.

It is fitting that Facebook updated its community guidelines this past week in order to be more transparent regarding what the social network deems appropriate content for display. While the company claims its rules and standards remain the same, the network evidently felt obligated to make its stance on various issues clearer for users. Facebook says the standards are crafted to "create an environment where people feel motivated to treat each other with empathy and respect." The updated community standards page clarifies for Facebook's billion-plus users what the network considers safe practices and proper etiquette regarding respect for fellow users and how it handles the security of your account and the protection of your intellectual property.

Standards like these really should be adopted by all people who use the Internet, whether or not they use Facebook. While I am a big proponent of freedom of speech, I believe there is no place for attacks based on race, ethnicity, religion, gender or sexual orientation. Also, we should be very careful about the personal information we post online. Never give up too much of your life via photographs and financial data, because the Internet is a large place, and not everyone utilizing it has the best intentions.

The key is to know how to use the Internet without it using you. Otherwise, you could be subject to unfortunate situations.