As Usual, GOP Caves on Principles 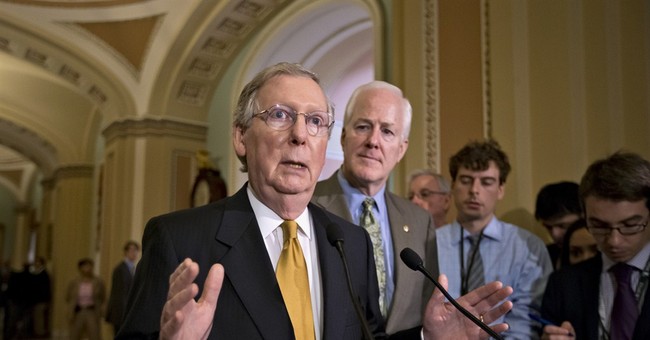 If you are a conservative and someone who believes in the foundation of traditional values, then it’s time to face a sad truth -- the Republican Party of 2013 is all but useless to you.

Be it the current and exponentially growing scandals of Benghazi, the IRS deliberately targeting conservative groups, or the Obama administration trying to intimidate -- and potentially jail -- certain members of the media, or the immigration "debate," one thing is all but certain: The Republican “leadership” and its lieutenants will eventually roll over and look the other way.

As these three scandals continue to play out, President Obama knows for certain that he still has three aces up his sleeve. The first -- he has no doubt that the Republican party of 2013 is weak, fractured, and virtually leaderless. The second -- he knows virtually all Democrat politicians in Congress will cover-up and excuse these outrageous actions and omissions. The third (and most important) -- he is positive that most of the mainstream media will once again give him a pass on his administration's provable failures.

If, as I strongly believe, the Republicans fold yet again, it’s not only a disgrace but an abdication of their sworn duties as elected officials.

Should these “Me First” Republicans walk away from their responsibilities, we will pay a high price in liberty lost. Should they or anyone interested in the seriousness of this situation need reminding, I would suggest they read the recent article from McClatchy entitled “IRS May Have Targeted Conservatives More Broadly." The information revealed is not only chilling; it’s an acknowledged assault on the Constitutional rights of certain Americans.

Citizens of the United States of America -- just clearly not the approved citizens of many in the administration, the media, academia, entertainment, or the union shops -- were ordered by the IRS not to picket in front of Planned Parenthood, were told to produce “all of your activity on Facebook and Twitter,” or, in the case of a retired military officer who decided to espouse traditional values and petition his government upon retirement from the Army, was told to explain and justify church donations and tax deductions for his autistic child.

Every day, more and more of these abuses of power and deliberate tactics of intimidation aimed at conservative Americans are being discovered.

These are not the actions of bureaucrats in an open and free country. These are the measures of thugs operating out of the shadows in a police state or dictatorship trying to silence legitimate voices of the opposition.

The Republican party of 2013 does have a duty to not only get to the very bottom of this sewer of corruption, but to insist on just punishment for those who created and directed this egregious violation of our rights.

That’s their duty. But chances are, they are going to be more than happy to let the Obama White House and the Obama media slow walk these scandals until they become “old news.” In fact, it’s already happening, and the GOP seems not to care.

What a pity.
White House Can't Give a Timeline for When Baby Formula Crisis Will End
Katie Pavlich
Texas Court Ruling Allows Investigations into Parents of Transgender Minors to Continue
Madeline Leesman
How Joe Biden Came Up With 'Ultra MAGA' Is Hilarious and Sort of Tragic
Matt Vespa