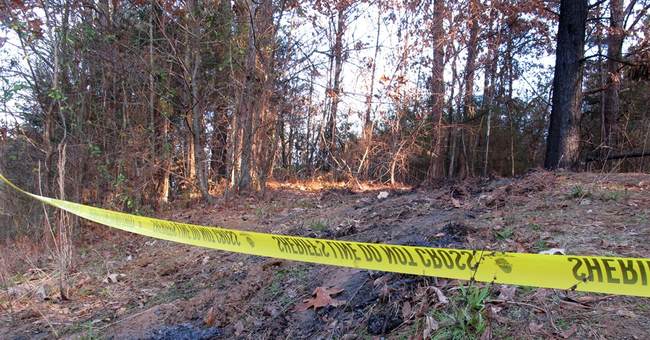 Did you know that there’s been a massive uptick in white thugs setting black folks on fire, yet the media has been virtually silent on this horrendous subject?

Sure, we all have heard of Darren Wilson's shooting Michael Brown, but there has been no coverage of the aforementioned. Like in zero… nada… nothing… zilch.

What kind of racist “news outlets” would be so heinous to cover up such gross and unspeakable evil?

Why haven’t the most powerful people in our government and the entertainment industry spoken out and condemned this obvious xenophobic act of viciousness?

How come there has been no national #hashtag crusade or basketball T-Shirt campaign against these barbaric atrocities carried out by white-trash scum who have actually lit black grandmothers, granddads, fathers, mothers, teens and twenty-somethings on fire after dousing them with lighter fluid?

What kind of gross silence and injustice is this? Huh? Huh?

What’s that you say? You say, “That it is not white thugs who’ve been setting innocent blacks ablaze lately, but actually black thugs that have been igniting innocent white people; and these crimes have been grossly ignored by the Lame Stream Media,”?

Whoops. My bad. I guess I should change my title then, eh?

Yep, I mistakenly thought it was white pukes doing that to harmless black folks. This changes everything. Now it makes sense why we’ve heard diddly squat from the “news outlets” and the president and LeBron James and the St. Louis Rams and Al Sharpton; because in Obamaland blacks can literally light whites on fire and there be no “I’m White, Don’t Ignite” protests, or hashtags, or orchestrated mass condemnation of this sudden spike of the most heinous murders and maimings known to mankind.

For those of you who’re not in the know about this recent increase in this ghastly phenom carried out against us “white devils”, one of my guest contributors at ClashDaily.com, Angela Turner, did yeoman’s work last Friday and cobbled together this large list of insanely ill-reported burnings of white people that almost makes one think that lighting white people on fire might be the new “knock out game” perpetrated by black hoodrats on us pigmentally challenged white clods.

With the recent gruesome murder of Jessica Chambers, there is widespread speculation and argument as to whether her killer was black or white. Jessica, a 19-year-old from Mississippi, was found walking, engulfed in flames after her attackers put lighter fluid in her mouth and lit her on fire. The attack happened on December 6, in Mississippi. While we wait for the police to make an arrest, here are sixteen people from ages twelve to eighty-seven that have one thing in common: they are all white and they were all set on fire by blacks.

Robin and Mani Aldridge -- Just last week, a beloved special needs teacher and her high school junior daughter from Charlottesville Virginia were beaten before they were burned in a house fire. Police arrested a black man named Gene Everett Washington and charged him with two counts of first-degree murder.

Michael Brewer – 15-year-old Michael from Miami had burns over 60% of his body after three black classmates poured alcohol on him and set him on fire. All three are serving time in prison.

Allen Goin -- A 13-year-old from Kansas City, his two black teen attackers put him in a bear hug, poured gasoline on him and set him on fire saying, “This is what you get, white boy”.

Gabriela Penalba -- A 23-year-old teacher in Knoxville Tennessee was set on fire by a 15-year-old black student. She briefly turned her back to the class when the student lit her hair and shirt ablaze.

Jonathan Foster -- In Houston, Mona Nelson, a black 44-year-old woman abducted and killed 12-year-old Jonathan with a blowtorch on Christmas Eve, later dumping his body in a ditch. She was found guilty of capital murder and sentenced to life in prison. The story was getting mainstream media coverage until they arrested a black woman.

Kenneth Athey -- Beaten with a hammer, stabbed, doused with chemicals and set on fire, 87-year-old Kenneth survived to testify against his black male attacker.

Luke Fleischman -- a black teenager, who was prosecuted as an adult and sentenced to seven years for the hate crime, set the 18-year-old on fire while sleeping on a bus in San Francisco.

Flo “Violet” Parker --The 67-year-old homeless woman from California was set on fire by a black man as she slept on a bench.

Nancy Harris -- The 76-year-old grandmother was killed when a black man set fire to her while she was working at a convenience mart. She was loved in her Texas hometown and known as Grandma to everyone.

Jimmy Sanders – Shot and burned after stopping to help two black men, Erik Ellis, 28, and Malcolm Melton, 22, with car trouble. “He didn’t answer his phone. I called about eight or nine times. About an hour after he wouldn’t answer I got really, really nervous and upset,” Betty Sanders said. Jimmy was 65 and also from Mississippi, where Jessica Chambers was just burned.

Raymond Vasholz -- Raymond died after his black neighbor, Terrance Hale, attacked him and his wife and set fires. Elizabeth and Raymond were married 58 years.

You and I both know that if the race roles were reversed there’d be a systematic condemnation of such behavior and nationwide protests leveled at “racist whites” randomly torching innocent blacks; but heretofore the media has been pretty damn quiet with little to no connection of the dots.

* Note: my youngest daughter, Regis Giles, creator and owner of GirlsJustWannaHaveGuns.com, has just signed on to narrate and star in a new documentary, produced by the folks who brought us such great films as Hating Breitbart and UnFair: Exposing The IRS, encouraging women worldwide to become proficient in self-defense and be victims no mas. You can check it out and support it here.