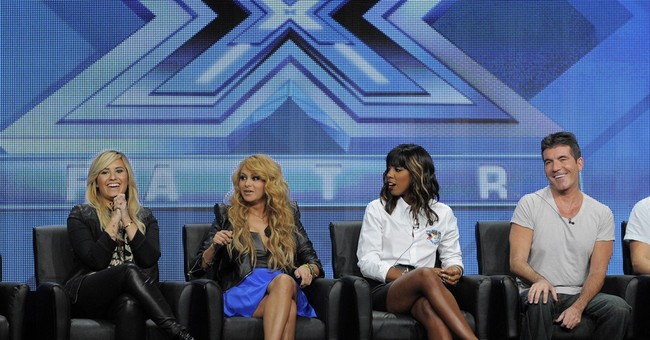 Running a news and an opinion website in the age of Obama can some times be a bleak task, simply by the sheer tonnage of sewage this administration and this culture are belching out.

After monitoring this mess intensely I’ve come to the conclusion that If God doesn’t smack us then he’s definitely going to have to say sorry to Sodom and Gomorrah.

Yep, reporting and writing on the sludge we’re all crawling around in can be a downer. The other day my wife told me to lighten up because I was starting to make Eddie Vedder sound like a Cowboy’s cheerleader.

I’ve got a good Christian buddy in Texas who tried to encourage me as well by telling me that, “exposing the darkness in our land” was my part in Christ’s body and that, “we all play a role” in this mystical kabuki theater called world history.

No sooner did that revelation tumble off his tongue than it finally hit me after 50 years of living: when it comes to my part in Christ’s spiritual body, I’ve got to be the butt because I have to deal with crap all the time.
Oh, well at least I’m not going to hell for twerking on Robin Thicke’s crotch. High five.

With my wife’s loving exhortation and my Christian buddy’s biblical clarity about my now realized purpose in life, I decided to take steps to chill out and not be so intense all the time.

What could I do to divert my attention from the unbelievably negative news? I could try to catch glaucoma and get a medical marijuana prescription and relax. That was one idea.

Or I could watch Rosie O’Donnell’s YouTube channel and just thank God I wasn’t her.

Mo’ better, I could get back into my art work that I’ve put off for several months, as that was Churchill’s go-to when he had to exorcize “the black dog.”

Or I could simply turn off the news for a while and watch something positive, versus watching Kerry say he wants to supply Al-Qaeda rebels in Syria with air support and weapons. And with that, I hit channel 434 on my Comcast remote for the new season of The X-Factor USA. Last week's premier of Simon Cowell’s brainchild was all I needed to relax and give me a fresh hope for our rotted humanity.

The reason it made Dougie happy was it introduced me to a truly inspiring young talent named Rion Paige. For those of you not hip to Miss Paige, you’re in for a treat. Not only can this girl sing like a canary, but she does so fighting through physical difficulties that would have kept most people down. But not Rion.

The curly, blonde teen from Jacksonville, Florida that I’m referencing was dealt a debilitating hand by life, being almost blind in one eye, coupled with another malady that makes the joints in her hands curve backwards – but OMG, those set backs weren’t going to keep that cute kid down.

Indeed, last week, with sass and cowboys boots, thirteen-year-old Rion strode on to a stage, in front of thousands in the audience, millions via TV and in front of Simon Cowell, who does not suffer fools, no matter what your affliction is -- and she frickin’ owned it!

She absolutely slayed Carrie Underwood’s song Blown Away. You can watch it here.

For those who have watched her performance, you know the crowd went nuts, the judges gave her a standing ovation and Simon was nearly speechless – and I was weeping like Ryan Seacrest when he gets a new Louis Vuitton man bag. It was a beautiful thing.

Why was it beautiful? Well, to this redneck it was because, in light of all the bullcrap she’s had to ford through in life, she faced her hurdles like a champion, smiling, not getting bitter at God or man, but instead perfecting her craft, and risking rejection … abracadabra … boom! She lands on two feet, on one of the world’s biggest stages, receiving a standing O, being living proof that one can win in life if they believe, work hard and wont quit.

It’s called, for those who don’t know it, the American Dream. Give it a try.