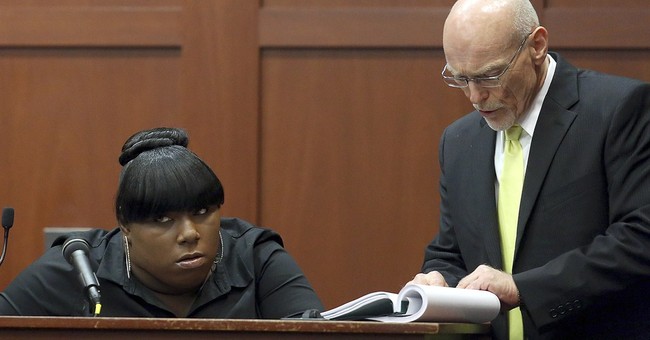 Trending
After Tuesday’s testimony in the George Zimmerman trial by star witness Rachel Jeantel some of my white devil, honky, gringo, pasty skin, mackerel snatchin’, Caucasian buddies got all up in arms about Rachel Jeantel stating that “creepy ass cracker” is not a racial slur.

First of all, Rachel, and I hate to break it to you, sister -- and I use that word “sister” in the strictest biblical sense of the word -- but “creepy ass cracker” does, historically, denote derision towards the pigmentally challenged of this world.

By pointing this out to you, I do not mean to demean or berate you. It’s just a friendly FYI I’m putting out there for you to consider, for future reference, because it does offend some of my tribe’s more genteel members.

That said, it really doesn’t offend me. Matter of fact, I prefer cheeky ass cracker to creepy ass cracker as the former borrows capital from British slang and merges it with an 18th century Floridian colloquialism, making it at least a quasi-compliment for this 21st century, brutish wordsmith; while the latter denotes a middle-aged white dude who comments way too much on a cute teenage girl’s Facebook page. Or a teenage boy’s Facebook page, for that matter. But I digress …

Another thing that got a lot of my WASPY buddies miffed by your testimony last week was the fact that the media isn’t Paula Dean-ing you for your use of an obvious racial epithet. To that I would suggest just forgiving them if they tweeted you something untoward, as some of my buddies are arriving a little late to the party and it’s just now dawning on them that the media is unsympathetic to their genome’s plight.

Thirdly, I’d watch it calling someone or something “retarded.” A lot of folks, especially those with special needs friends and family members, take umbrage to that phraseology. It’s just a suggestion to consider. Seriously.

Another thing to ponder if you happen to get called to the stand again, is to get your stories straight while you’re giving testimony or it could turn out better for the defense than the prosecution.

And finally, I know you didn’t ask for this type of spotlight to bear down on you but, if I were you, I would really, really dial down on the rude answers and the obtuse facial expressions, as it sure didn’t look great on television, and at the end of the day, we all have to get along.