Donald Lambro
|
Posted: May 05, 2017 12:01 AM
Share   Tweet
The opinions expressed by columnists are their own and do not necessarily represent the views of Townhall.com. 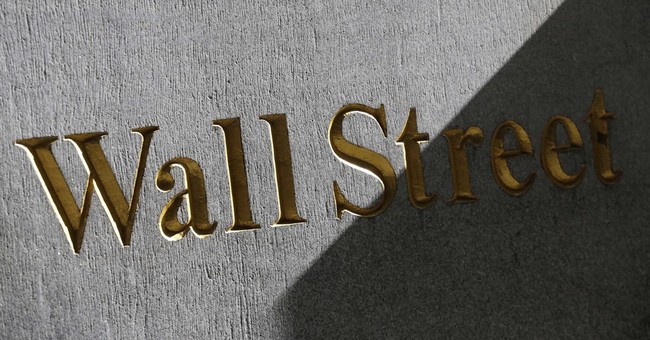 WASHINGTON The U.S. economy plummeted to its weakest quarterly growth rate in two years in yet another bleak reminder of former President Obama’s failed fiscal policies.

The Commerce Department reported last week that the nation’s gross domestic product, the broadest measure of the economy’s health, barely grew at a dismal 0.7 percent annual rate between January and March. Meaning that it was barely breathing.

Consumers sharply reduced spending and businesses pulled back on investments to levels that many economic analysts said they have not seen since the U.S. plunged into the Great Recession.

And the economy’s prospects aren’t looking significantly better in the second quarter, either. The Institute for Supply Management reported Monday that manufacturing activity slowed “more than expected” in April.

“The business investment is down, and again, it’s this uncertain environment,” Dan North, a chief economist at Euler Hermes, told the Washington Post. He added that the same fears were affecting consumers, too. “They are thinking: Why am I going to buy a washing machine in this sort of crummy economy.”

Those fears were widespread at the Federal Reserve, too, which had been expected to raise interest rates again this week.

But the Fed left rates unchanged, acknowledging the slowdown as its chief reason, while saying it expected the economy to “evolve in a manner that will warrant gradual [interest rate] increases” in the months ahead.

Many economists say this quarter’s anemic growth rate will be just a “blip” in the year’s economic performance. But wiser people think there are lots of reasons why we may be in for a long, subpar economy.

First and foremost, the Republicans are not expected to take up President Trump’s tax cuts until much later this year, most likely sometime in the fall at the earliest.

The higher tax rates under Obama will continue to exist throughout this year, suppressing economic growth for the foreseeable future.

Buried in the Commerce Department’s depressing GDP report is the fact that consumer spending rose at a measly 0.3 percent in the first quarter. That’s the slowest level since 2009.

The Obama economy was stuck in the 2 percent growth range for most of his presidency, and many economists say it will likely remain in that range — even though Trump has promised that his policies will boost growth to 3 percent.

That’s not much to write home about. Shortly after the 1981-82 recession, the Reagan economy was soaring by 5.6 percent and 7.7 percent respectively in the third and fourth quarters of 1983, as a result of his across-the-board tax cuts.

By 1984, GDP was growing by 7.3 percent and Reagan won re-election in a landslide, carrying 49 states.

Throughout the 2016 presidential election, the Gallup Poll asked voters to name their biggest concerns about our country. The economy was consistently at the top of their list.

But for some reason, Republican leaders and Trump decided to tackle Obamacare first and put off tax reform under much later this year. And the economy languished.

Trump held many meetings with business leaders and they pleaded with him to make the economy his highest priority. They’re still making that case, but is he listening?

The Business Roundtable, an association of CEOs at the nation’s leading businesses, polled their members recently about the long delay in passing tax reform to get America moving again. Here is their response:

Ninety percent of them said that “delaying tax reform will harm the U.S. economy, by causing slower economic growth, hiring and capital investment.”

“Fifty-seven percent of the CEOs said delaying tax reform means their company will delay capital spending, the investment that drives jobs and growth.”

And “fifty-six percent say their companies will delay hiring plans.”

Business Roundtable president and CEO Joshua Bolten added this postscript: “By demonstrating the importance of tax reform to business and the U.S. economy, these survey results confirm that tax reform is a critical priority if we are to grow the economy and create jobs and opportunity.”

The Republican leadership in Congress needs to get its priorities straight and get with the program to breathe new life into our moribund economy. Tax reform is needed now.