Americans Lack Trust in Government, and in Each Other

Donald Lambro
|
Posted: Sep 23, 2016 12:01 AM
Share   Tweet
The opinions expressed by columnists are their own and do not necessarily represent the views of Townhall.com. 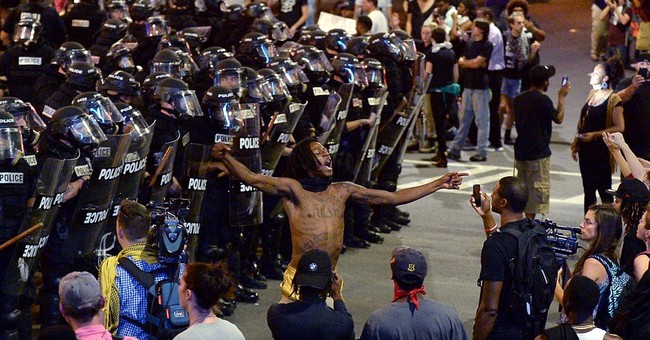 The Federal Reserve flatly refused this week, for the umpteenth time, to hike interest rates because of the still-fragile nature of President Obama's very weak economy.

It is barely growing at a mediocre rate of little more than 1 percent. Business investment is softening. Productivity is down, as are factory orders. The real, honest to goodness unemployment rate is at 10 percent, according to a Gallup Poll. Most Americans tell pollsters that the economy and jobs remain their top concern.

Yet Reserve Chair Janet Yellen, whom Obama appointed, said Wednesday that she and her board members were "generally pleased with how the U.S. economy is doing."

The median economic growth forecast among Fed board members is that the economy will grow by only 1.8 percent this year, if that -- down from their 2 percent forecast in June. Under Obama's failed economic policies, and the threat of ever-higher taxes, the American economy has remained in a deep slump, unable to climb out of its long, low-growth range. It's now sinking further into an economic quagmire.

Compare the president's painful economic record with that of Ronald Reagan in his third year in office, when the nation's GDP growth rate soared to 5.6 percent in the third quarter, and then to 7.7 percent in the last three months of 1983.

By 1984, Reagan was achieving quarterly economic growth rates of 8.5 percent, 7.9 percent, 6.9 percent and 5.8 percent, as the nation responded to lower tax rates, increased investment and higher incomes. He won re-election that year in a 49-state landslide.

We are in the closing weeks of a presidential election in which most polls show that large numbers of Americans dislike their choices and have a very unfavorable view of the two major candidates.

Recent polls show that many Americans not only distrust their political leaders but do not trust many of their fellow citizens to make intelligent decisions about the future of our country and its leadership. A national Gallup Poll found that "Americans' trust in their political leaders and in the American people themselves continues to decline."

"The percentages trusting the American people (56 percent) and political leaders (42 percent) are down roughly 20 percentage points since 2004, and are currently at new lows in Gallup's trends," the venerable polling organization said this week. Their poll asked American adults how much they trust "the men and women in political life in this country who either hold or are running for political office," and how much trust they had in their fellow citizens to make "judgments under our democratic system about the issues facing our country."

It also asked how much people trusted "the three branches of the federal government, state and local governments and the mass media."

The survey's findings: "Trust in most of these institutions is lower now than a decade ago. This is possibly a symptom of Americans' low levels of satisfaction with the way things are going in the country," Gallup said.

That so many Americans say they don't trust their fellow citizens, who make up the nation's electorate, to make wise decisions is yet another reflection of the deepening divide in this year's presidential election.

A major dividing line is certainly over the issue of taxes. Donald Trump would lower income tax rates across the board for businesses and individuals to boost investment, savings and family incomes -- and get America moving again.

Hillary Clinton is running on an agenda -- the same one Obama embraced -- that would raise taxes on businesses and upper-income Americans. She says, falsely, that they are not paying their "fair share."

The IRS begs to differ, regularly showing that wealthier Americans actually pay the lion's share of all federal tax revenue annually collected by the IRS.

You would think that this falsehood, which Democrats have repeated in every campaign, would be exposed on the nightly network news. But don't hold your breath.

There have been three major tax cuts enacted in the last five or more decades: The Kennedy income tax cuts in the 1960s, the Reagan tax cuts in the 1980s, and Bill Clinton's capital gains tax cuts in the 1990s (which neither he nor his wife, nor the Democrats at large, ever acknowledge). All of them significantly boosted economic growth, jobs and incomes and got the American economy moving.

Sadly, much of today's economic rhetoric has dwindled to even deeper falsehoods that are being swallowed whole by a sizable share of the voters.

Not true, says Factcheck.org. The site published a report in 2010 by Viveca Novak, who wrote that "most economists and other experts say there's little to support the claim."

"Study after study has shown that immigrants grow the economy, expanding demand for goods and services that the foreign-born workers and their families consume, and thereby creating jobs," Novak reported. "There is even broad agreement among economists that while immigrants may push down wages for some, the overall effect is to increase average wages for American-born workers."

No wonder that a growing number of skeptical American voters say they no longer trust what their political leaders are telling them.

But maybe, when the votes are counted, they will be the ones who will save our country in November.