Donald Lambro
|
Posted: May 18, 2016 12:01 AM
Share   Tweet
The opinions expressed by columnists are their own and do not necessarily represent the views of Townhall.com. 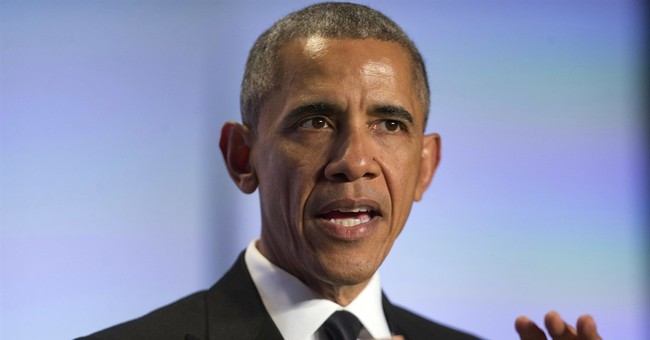 This was the year when Republicans had everything going for them, politically-speaking, in the 2016 presidential election.

On every level, economically, fiscally, socially, America is in a lot worse shape under Barack Obama's debt-ridden, inept presidency. And his party's frontrunner is offering us four more years of the same.

Poverty is up. Violent crime is up. The middle class is shrinking. Businesses, especially factories and retail, are in trouble. The economy is barely growing. People are hurting.

The Gallup Poll this week found that only 36 percent of U.S. adults say the economy is "getting better," while 60 percent say it is "getting worse."

Despite Obama's boast in a commencement address at Rutgers University Sunday that life in the U.S. has never been better, the truth is that Americans have grown "more pessimistic" about our country's future over the past year or more, Gallup says.

He said college graduation rates are up, but in the past seven-plus years many graduates have had trouble finding a full-time, good paying job.

He said crime rates were down, but violent crimes have shot through the roof, and, according to one government report, homicides are way up this year in more than two dozen major cities.

Obama may be comfortable sugar-coating life in the U.S. and living in his own little dream world about falling crime rates, but not his FBI Director James B. Comey.

"I was very worried about it last fall, and I am in many ways more worried, because the numbers are not only going up, they're continuing to go up in most of those cities faster than they were going up last year," Comey said.

"Something people say to me, well, the increases are off of historic lows," he told reporters at a news briefing in the FBI's headquarters. "How does that make any of us feel ay better? I mean, a whole lot more people are dying this year than last year, and last year than the year before, and I don't know why for sure."

"I don't know what the answer is, but holy cow, do we have a problem," he said. Has anyone told Obama?

And what about poverty? Obama never talks about it, because the government's statistics have grown worse, a lot worse, under his slow-growth, anti-investment, anti-job policies.

The U.S. Census reported last year that an astounding 46.7 million people were living in poverty, a level that was not "statistically different" from previous years.

In 1983, when the Reagan economy was surging out of a deep recession with a muscular 5.6 percent third quarter growth rate, 35.3 million Americans were in poverty.

In the first three months of this year, Obama's economy barely grew by a measly 0.5 percent, after slowing down in the fourth quarter to just 1.4 percent.

Politicians today rarely talk about the declining economic growth rate. It's hardly ever mentioned by the White House and Obama never brings it up in his speeches.

A 0.5 percent growth rate is the academic equivalent of an F-, which probably was Obama's grade in Economics 101 at Harvard.

And how about what's happened to the middle class which the Democrats are always talking about, but doing little or nothing to help low income Americans climb into it.

This week, the Washington Post ran a story under this headline: "Where the middle class is shrinking across America." Here's the lead of that story:

"The great shrinking of the middle class that has captured the attention of the nation is not only playing out in troubled regions like the Rust Belt, Appalachia and the Deep South, but in just about every metropolitan area in America…."

That was the central finding of a major study by the Pew Research Center, a highly respected analytical and polling institute in the nation's capital.

The think tank had reported in December that "a clear majority of American adults no longer live in the middle class," the newspaper reported. But new economic data in metropolitan areas now show that their declining numbers is "a pervasive local phenomenon," the Pew study said.

Obama doesn't address any of these economic issues in his speeches, but neither does Hillary Clinton.

And the reason is the former secretary of State knows little if anything about what it takes to grow the economy. And she admitted as much when she announced over the weekend that she would be putting her husband in charge of fixing it.

"I was saying earlier in Louisville, where we had a big rally, my husband, who I'm going to put in charge of revitalizing the economy because, you know, he knows how to do it, especially in places like coal country and inner cities."

In one brief, out-of-the-blue statement, Hillary actually admitted for the first time that the underperforming Obama economy desperately needed "revitalizing," and that she wasn't up to the task.

In a normal election year, an experienced, level-headed, grownup Republican frontrunner would have seized that opportunity and all but sealed his election.