Donald Lambro
|
Posted: Apr 26, 2016 4:25 PM
Share   Tweet
The opinions expressed by columnists are their own and do not necessarily represent the views of Townhall.com. 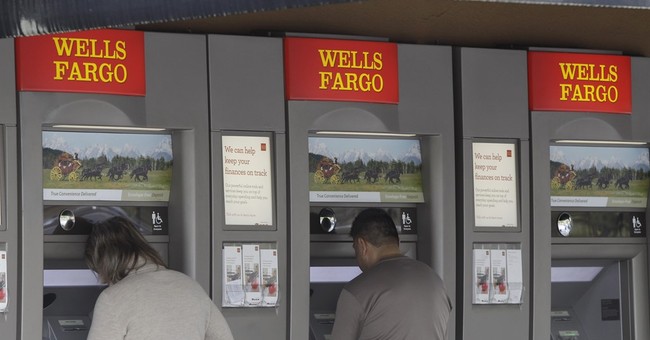 When things aren't going well at home, presidents go traveling abroad to take their minds off their political troubles.

Last week, Barack Obama tried to escape the economic and political issues plaguing his presidency, but found little relief in Saudi Arabia, Europe or Great Britain. When he returned home, nothing had changed for the better. In fact, things were worse.

On the economic front, Obama was greeted by a slew of gloomy government data and forecasts that had failure written all over them. Durable goods orders to the nation's factories remained weak and were getting weaker. Orders for long-lasting U.S. manufactured goods were up less than expected in March, as demand slumped for automobiles, computers and electrical goods, among other products, the Commerce Department reported Tuesday.

Last month's mediocre 0.8 percent rise in orders, and a downwardly revised 3.1 percent in February, showed "the downturn in the factory sector was far from over," Reuters news service said.

Economists had forecast that durable goods orders would be up by nearly 2 percent last month, but that estimate was far off the mark. Commercial aircraft orders dropped 5.7 percent, and orders were down by 3 percent for new cars and trucks, as sales continued to decline. "Growth in orders was unimpressive," said economist Laura Rosner at BNP Paribas.

That signaled growing caution about spending in a weakening economy, and declining business investment. And with good reason. Economic growth forecasts are shrinking fast, because businesses and consumers aren't buying.

New home sales fell for a third month in March, falling 1.5 percent, the Commerce Department said. "The figures were the latest in a series of reports showing uneven progress ... and a labored start to the housing industry's busiest selling period," Bloomberg News reported.

Now, the White House is bracing for the worst news of all: Thursday's report that the economy has all but stopped growing. That's when the gross domestic product -- the largest measurement of the economy's growth rate -- is forecast to rise by a pathetic 0.7 percent.

No wonder the Consumer Confidence Survey declined this month, reporting that "Consumers were less optimistic about the short-term outlook in April than last month."

One of the most disturbing findings in all of these reports is declining business investment, largely the result of anti-capital investment policies over the past seven-plus years of Obama's presidency.

"Companies may be hesitant to invest because of ... a tougher U.S. regulatory environment and a frenetic presidential election that's included lots of anti-business rhetoric from candidates in both parties," Reuters reported.

The swelling hordes of young people cheering socialist Bernie Sanders' attacks on big business and Wall Street are, in large part, the result of their frustration over the lack of good-paying jobs upon graduating from college.

Hillary Clinton, the Democrats' expected presidential nominee, has a campaign agenda that calls for dozens of new government programs that she says are "paid for." What she means is that each of her big-spending proposals comes with job-killing taxes that promise four more years of a weaker economy.

In the final analysis, however, the economy's distress and decline rests at the feet of this president.

In the beginning, Obama tried to breathe new life into an economy stuck in a severe recession, with some $1 trillion in New Deal, "shovel-ready jobs" for roads, bridges and other government programs. It didn't work in the decade-long Great Depression of the 1930s, and we're still suffering from the aftershocks of the Great Recession of 2008.

The Gallup Poll this week said its daily surveys show that "real unemployment" is nearly 10 percent. And many of the "jobs" created each month are for low-paying, part-time work. But they don't tell you that on the network news shows.

Yet over the course of this administration, Americans have shown their displeasure with Obama's presidency in their own way. For most of that time, his job approval polls have been stuck in the 40 percent range, hardly a passing grade. This week, seven out of 12 surveys listed on Real Clear Politics were still in the failing forties.

But Americans have another way to express their anger at his policies and his party: the ballot box.

That, in the end, will be Obama's legacy.