Front-Runners Lag Behind in Ratings

Donald Lambro
|
Posted: Mar 23, 2016 12:01 AM
Share   Tweet
The opinions expressed by columnists are their own and do not necessarily represent the views of Townhall.com. 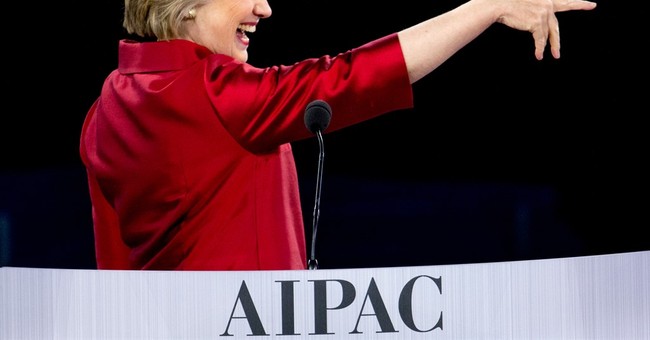 Several presidential polls this week showed that, by large margins, the voters are unhappy with the front-runner choices they have in this election.

At a time when Hillary Clinton and Donald Trump are on course for their parties' respective nominations, these polls reveal that more than half of all voters hold deeply negative views of both of them.

And that raises troubling questions about whether such attitudes will depress voter turnout in November, as the U.S. faces an underperforming economy and a growing terrorist menace at home and abroad -- and at a time when our country is crying out for experienced, trusted and steady leadership in an increasingly dangerous world.

The latest surveys by major media polling groups have stunned the political community, which has focused most of its attention on the front-runners, but a lot less on what the voters really think about their choices.

"More than half of the voters have unfavorable views of Hillary Clinton and Donald Trump," according to the CBS/New York Times surveys. Both have "a net negative rating in the double-digits."

After more than half the states have held nominating primaries or caucuses, these polls show that "registered voters nationwide now hold negative opinions of the political parties' current front-runners," the Times reported.

"Compared to front-runners in previous presidential primary races, Trump and Clinton's unfavorable ratings (57 percent and 52 percent respectively) are the highest in CBS/New York Times' polls going back to 1984, when they began asking this question," the network reported.

From the beginning of Trump's campaign, the real estate mogul and former reality TV celebrity has run a shameful campaign: hurling insults at his opponents, and encouraging violence at his rallies by telling supporters, "I'd like to punch him in the face," and at another rally, saying he would like to "knock the crap" out of his protesters.

As President Obama's former secretary of state, Clinton has battled her way through two scandals that continue to raise doubts about her honesty and judgment.

Her misuse of an insecure, privately installed computer system over which she sent classified State Department information is still under investigation by the FBI and other federal agencies. And her failure to provide beefed-up security at a U.S. consulate in Benghazi, Libya, led to a terrorist attack and the death of four Americans, including our U.S. ambassador, whose pleas for increased protection were ignored.

It isn't only Republicans who doubt her side of the story: Forty percent of Democratic primary voters say that she is not honest or trustworthy.

Nevertheless, while about four in 10 Republican voters said they disapproved of the way Trump has handled the violence at his rallies, 46 percent of primary voters said "they would like to see Mr. Trump as the party's nominee," the Times reported this week.

Notably, however, the polls also show that "Democrats are more sharply divided over their candidates," as the race has narrowed significantly between Clinton and Sen. Bernie Sanders of Vermont.

They show that Democratic voters are far more excited about the feisty, self-declared socialist as their possible nominee than Clinton, who promises she will continue Obama's policies and his agenda.

Even so, more than seven in 10 Democratic voters say they expect Clinton to clinch their party's nomination.

Surprisingly, though, in hypothetical general-election matchups against Trump, Sanders defeats him "by 15 percentage points, while Mrs. Clinton prevails by 10 points," the Times reports.

Notably, she has a narrow edge over Texas Sen. Ted Cruz, but Ohio Gov. John Kasich "is the only Republican who has an advantage over Mrs. Clinton in November."

So there's this strange political dichotomy brewing in this election year: The front-runners, Clinton and Trump, are solidly ahead in the delegate race. But they also draw "the most skepticism and negativity from the electorate nationwide as well as in their parties," the Times points out.

For Trump, there is his angry, volatile temperament. His off-the-wall proposals include imposing huge tariff taxes on imported products, which would hurt struggling, low-income consumers, and more recently, a proposal to reduce U.S. support for NATO and the defense of Europe in the face of Putin's invasion in the Ukraine and elsewhere.

Maybe their fears were worsened when Trump said that if he's denied the nomination, even by the free will of the delegates, "there'd be riots."

Sixty percent of Republican primary voters say the tone of GOP's presidential campaign has embarrassed them.

Clinton draws similar fear from voters: 35 percent of them admit they would be scared if she won the White House. Another 21 percent said they'd be concerned.

Americans are going through a tumultuous period in our political history, and there are those who predict it'll mark a breakdown in our country's institutions of government.

It won't. James Madison and our other Founding Fathers designed a self-correcting democratic system to eventually overcome harmful rebellions just like this one.