Donald Lambro
|
Posted: Feb 12, 2016 12:01 AM
Share   Tweet
The opinions expressed by columnists are their own and do not necessarily represent the views of Townhall.com. 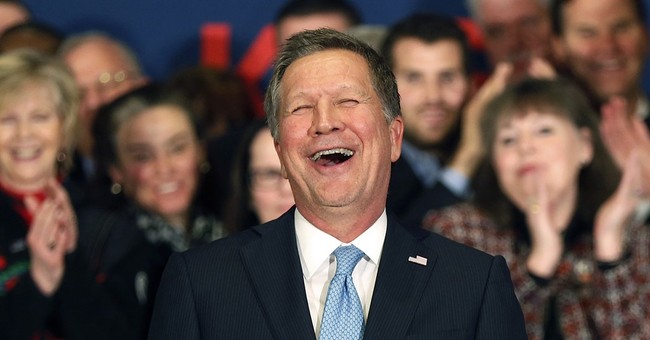 A menacing black cloud is looming over our economy, one that should make the 2016 presidential election a slam-dunk for Republicans -- depending on who the GOP nominates this summer.

The U.S. economy slowed to a crawl in the last three months of 2015, barely growing by 0.7 percent, following a sluggish third quarter. Industrial activity is anemic. Retail sales have been mediocre. The stock market is in a nose dive. And millions of Americans fear we may be headed toward another recession.

Few Americans believe the unemployment rate is really at 5 percent, as millions of Americans are forced to take part-time, low-wage jobs when they need full-time work. Many more have dropped out of the labor force entirely.

Median wages, adjusted for inflation, have only recently climbed to where they were when the Great Recession hit our economy as Obama took office.

A Rasmussen Reports survey in January said that 62 percent of Americans believe our country is on the wrong track. And the Gallup Poll says that many Americans are less confident in the economy's future.

The one person being blamed for all of this is Barack Obama, whose anti-growth, anti-job policies have given us seven-plus years of an uneven, underperforming economy.

A headline in The Washington Post last week revealed that the West Wing must be worried, too, fearing that a rapidly declining economy will kill the Democrats' chances of holding on to the White House in November. "Obama campaigns again, this time for economy," it said.

"The United States of America, right now, has the strongest, most durable economy in the world," Obama insisted, blaming the Republicans for spreading a "doom and gloom" message across the country.

"They're peddling fiction during a political season," the president maintained. "It's strange to watch people try to outdo each other in saying how bad things are," he said last month in Detroit.

But a Washington Post-ABC News poll says 46 percent of Americans disapprove of the way he has handled the economy. Not a hopeful sign for the so-called party of the working class.

Yale University economist Ray C. Fair, who predicts presidential election outcomes with what the Post says is "a high degree of accuracy," says his forecasting model shows the Democrats losing "by a fairly large amount."

Democrats on Capitol Hill are scared that they will be the victims of Obama's failed economy in the fall and lose their jobs. And that was evident Wednesday when Fed Chair Janet Yellen underwent a combative grilling before the House Financial Services Committee.

Yellen, who is under growing political pressure to delay any increase in interest rates in a collapsing economy, got the message.

After ticking off all of the headwinds hitting the economy, she told the panel, "I think we want to be careful not to jump to a premature conclusion about what is in store for the U.S. economy."

There were a great many observers who thought it was premature of her to start raising interest rates last year in what was still a fragile economy -- and, if anything, still is. Indeed, after what Americans have gone through over the past seven years, it's hard to see that the Fed's action has helped very much, if at all.

"It is fatal conceit to believe that the Fed is capable of micromanaging our economy to some state of economic nirvana," said Texas Rep. Jeb Hensarling, the committee's Republican chairman.

The fiscal policy tools to get the economy moving again are on Capitol Hill, where they have always been -- not at the Fed or anywhere else.

Republican pro-job, pro-growth tax-cut legislation is sitting in the House Ways and Means Committee and the Senate Finance Committee right now, awaiting a president who will sign it into law.

Obama and the rest of the Democratic gang fiercely oppose this legislation. Instead, they want to raise taxes to pay for more social welfare spending and more crony giveaways. Higher taxes on investors would dry up risk capital, kill job creation, reduce incomes and smother economic expansion.

Every time Congress has cut tax rates, it has led to a stronger and more vibrant economy, more jobs and more economic opportunity for more Americans.

In the last 50 years, three presidents have championed tax cuts that lifted our economy to a higher level: John F. Kennedy, who campaigned on cutting tax rates across the board in the 1960s; Ronald Reagan, who did the same in the 1980s and ended Jimmy Carter's recession in just two years; and Bill Clinton, who signed a GOP capital gains tax cut in his second term with fabulous results.

All of them significantly boosted economic growth and brought more tax revenue into the Treasury, to boot. JFK's tax cuts, despite the naysayers who said it would explode the deficit, led to a budget surplus at the end of the '60s.

All of the GOP presidential candidates are proposing tax incentives to grow the economy -- from Donald Trump to Ohio Gov. John Kasich.

On the Democratic side, Hillary Clinton's campaign is all about raising taxes and spending on an alphabet soup of federal programs for all of her party's special interests, and raising the minimum wage on struggling businesses that will result in thousands of job layoffs, according to the Congressional Budget Office.

And then there's avowed socialist Sen. Bernie Sanders, who says he will slap a trillion dollars in higher income taxes on the economy, including parts of the middle class.

Sanders says, falsely, that the rich do not pay their fair share. But in 2010, the top 10 percent made 45 percent of the income, yet they paid 70.6 percent of taxes, according to the nonpartisan Tax Foundation.