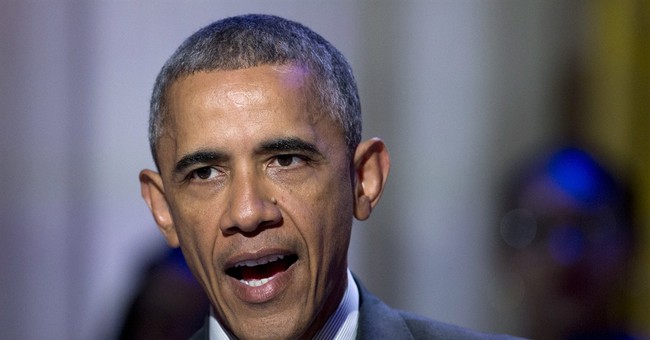 WASHINGTON - The American people are overtaxed by a waste-ridden government whose grotesquely swollen budget could be shrunk by hundreds of billions of dollars without harming its necessary functions and programs.

We know this is true because of years of shocking audits produced by Congress's Government Accountability Office that have exposed massive levels of waste, inefficiency, duplication, mismanagement and thievery throughout the federal bureaucracy.

Keep this in mind the next time you hear the Democrats in Congress and President Obama proposing that we raise taxes on wealthier Americans who, they say, "aren't paying their fair share."

It's one of the great lies by the big spenders here, but the truth is that Americans at the top of the income scale pay most of the taxes.

Yet the myth persists, perpetrated by the Washington news media, liberal special interests and others. despite endless studies that prove otherwise.

A recent Pew Research Center survey found that some six-in-ten Americans said "they were bothered a lot by the feeling that 'some wealthy people' and 'some corporations' don't pay their fair share."

Notably, 40 percent of those polled "thought they paid more than their fair share," Pew said.

But Pew included some tax data in its survey report that the IRS should send to every American taxpayer.

Based on a sample of tax returns filed between January and September 2013, the IRS found that people earning $250,000 and up accounted for 48.9 percent of all individual income taxes paid.

"The top 1 percent of Americans will pay nearly half of the federal income taxes for 2014 (45.7 percent), the largest share in at least three years," CNBC reported.

"The bottom 80 percent of Americans are expected to pay 15 percent of all federal income taxes in 2014," CNBC said.

Equally stunning, the report projected that the "bottom 60 percent are expected to pay less than 2 percent of federal income taxes."

Other reports based on previous years' tax filings and the amounts that the IRS collected also confirm that the richest Americans are paying most of the taxes.

"The top 10 percent of income earners paid 68 percent of all federal income taxes in 2011 (the latest year available), though they earned 45 percent of all income," Heritage reports.

By no By no stretch of anyone's imagination can one claim that the rich aren't paying their fair share. But there was Hillary Clinton this week claiming that "the deck is still stacked in favor of those at the top."

She was playing the Democrats' favorite election shell game: Class Warfare. Believing that it worked for Obama in 2008 and 2012 and will work for her in 2016.

What she doesn't say, and won't admit, is that the U.S. economy, business and ordinary Americans are overtaxed and that the tax code needs to be overhauled from top to bottom to encourage stronger growth, capital investment and job creation.

What she also doesn't say and won't say is that middle and lower income people are hurting because Democrats have fought tax reform. Gallup reported this week that 45 percent of "U.S. adults believe lower-income earners pay 'too much' in taxes -- a sentiment that's risen by five points in recent years.

On April 15, when millions of Americans were filing their taxes, House Ways and Means Committee Chairman Paul Ryan sounded the alarm in a statement that was ignored by all the nightly news shows.

"Today is more than a deadline; but a call to action" to tackle a dysfunctional, inefficient, anti-growth tax system, Ryan said.

"There's no getting around the fact that our tax code is a mess. It sends jobs overseas, it discourages productivity, and it punishes hard work," he said.

"But President Obama wants to make it worse. He wants to raise yet another $2 trillion in taxes and give even more special carve-outs [income tax exemptions] to his favorite industries. Our tax code should not pick winners and losers," he said.

No other economic proposal before Congress is more important to America's future than reforming our tax code by cleaning out its worst loopholes and exemptions, and applying the increased revenue to lowering the rates for businesses and individuals alike.

"We have a tax code that punishes people for working, saving and investing -- things we're going to need if we want to build a healthy economy," Ryan said. "If we make our tax code simpler, flatter and fairer, we can create more jobs and more take-home pay."

Finance Committee Chairman Orrin Hatch is working on a similar reform plan in the Republican Senate.

But Obama is dead set against cutting tax rates along the lines Ryan and Hatch are proposing, even after the chairmen of his own bipartisan commission proposed the same reforms.

Ryan has begun secret talks with the administration, but it's hard to see Obama embracing substantive tax reform. That may have to await the 2016 election when it will likely be the central issue in the GOP's presidential campaign.