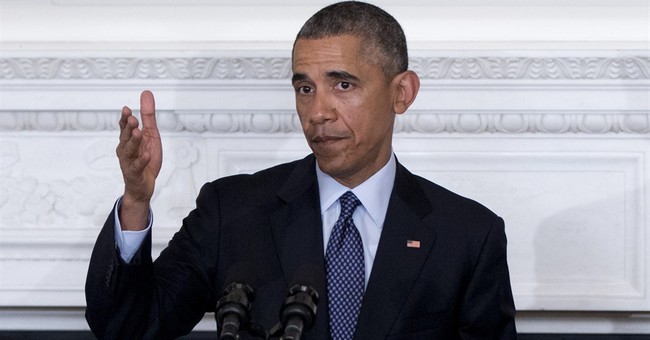 WASHINGTON -- The new Republican Congress is just getting started, and the American people are waiting to see how lawmakers deal with the issues they care about most.

Anyone who's followed the polls over the course of the Obama administration knows that the economy and jobs have been among our strongest concerns.

The Gallup Poll reinforces this in its latest survey, asking people what they think are the biggest problems facing our country. "Economic problems" was, not surprisingly, their top concern -- mentioned by nearly 40 percent, followed by unemployment/jobs generally, the budget deficits and the federal debt, in that order.

Despite the network news telling us the Obama economy is doing great and the job market is just getting better and better, the real story on that score isn't good.

This week, Gallup's daily tracking polls put the jobless rate at nearly 7 percent, and the "underemployment rate" -- those who said they need full-time work but were forced to take part-time jobs -- at 16 percent.

And what about the economy that the news media tell us is in the midst of a job "boom" and a strong recovery?

Consider this grim headline over a new survey Gallup announced on Tuesday: "U.S. Economic Confidence Index Back in Negative Territory."

"The Economic Confidence Index fell five points from the week prior, the largest drop since July," Gallup said.

The index, Gallup explains, "is the average of two components: how Americans rate current economic conditions, and whether they say the economy is getting better or getting worse. Last week, both components dropped from the prior week."

The index showed that the economy is underperforming, wages are flat for most workers, and that a good-paying, full-time job is still hard to find.

Obama's Commerce Department provided the strongest evidence of this a few weeks ago when it reported that the economic growth rate slowed in the last three months of 2014 to a dismal 2.6 percent.

Worse, the economy barely grew at a 2.4 percent rate for all of last year -- roughly its level of performance over the past five years. Compare that to quarterly economic growth rates in 1984 that ranged from 8.5 percent to 5.8 percent under President Reagan, after a severe recession.

The New York Times reported that the plunge in GDP growth in the last quarter was in part due to a slowdown in business investment. "Many economists expect business spending to be lackluster in the coming months," said the Times. Many economists say they now see future growth in the 2.5 percent range.

One of the hallmarks of the tax cut-driven recovery in the 1980s was a boom in capital investment in new startup businesses.

But economists say this is not the case under President Obama's anti-investment policies, which have raised capital gains tax rates, the chief source of risk investment in new startups that in turn create new jobs.

Recent economic research found that the rate of new business formation sharply declined by 31 percent during the recession and has been weak ever since.

"I think there are things to be worried about, and the state of entrepreneurship is one of those things," says Mark Zandi, chief economist at Moody's Analytics.

"Unless this changes, unless we do see more entrepreneurship," stronger economic growth "will not continue," Zandi said.

We are seeing additional evidence elsewhere of how much the economy is weakening, amid dire warnings that lackluster economic growth will likely remain the hallmark of Obama's presidency in his last two years.

This week the National Association of Realtors reported that existing home sales plunged in January to their lowest rate in nine months. Sales fell 4.9 percent and were down in every region of the country.

While some blame the weather, others pointed to rising home prices. "It's the price point, not the temperature, that is chilling builders," said Nela Richardson, chief economist for Redfin.

It was yet another manifestation of a lower-income jobs economy, according to Leonard Kiefer, chief economist at Freddie Mac, in an ominous report titled "Job Outlook Casts Shadow on Homeownership Rate."

"Unless there is a significant change in the job market or wages for the fastest-growing professions, the current jobs outlook does not suggest a major uptick in domestic home-buying power going into the next decade," he said.

Perhaps one of the most chilling developments in the Obama economy was the news this week that the number of property foreclosures was up by 5 percent in January -- fueled by a 15-month high in bank repossessions.

Realty Trac reports that nearly 120,000 properties were at some stage of foreclosure.

But perhaps the strongest sign of how many Americans are struggling was a little-noticed report earlier this month that said consumer spending barely rose in January. Retail sales barely budged, too, as workers tightened their belts, while nonfarm productivity fell 1.8 percent.

One final bit of bad news. Heading into last year, the typical household had only $111,000 in retirement savings, as workers dipped into their accounts to make ends meet.

Brace yourself. For the next two years, our economy is in for a bumpy ride.