Obama's Approval As Chilly As the Weather 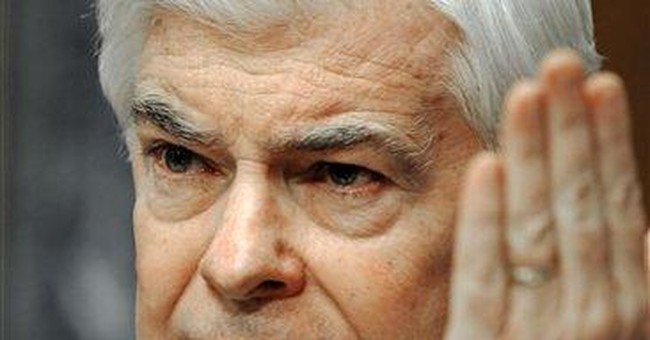 WASHINGTON -- President Obama can certainly identify politically with what has been happening to the nation's capital meteorologically, being hit hard by a blizzard of unwanted storms.

But as Washington dug itself out from under a massive snowfall that shut down the government, Obama and the Democrats remained buried under a blizzard of icy polls showing increased voter unhappiness with their job performance.

Last week's Gallup Poll showed the president sinking to new lows on his handling of the economy and health care, both drawing the approval of only 36 percent of Americans. Sixty percent disapprove of his approach on health care, while 61 percent don't like how he's handling the economy. Among independents, just 29 percent approve of his economic policies.

The numbers were as bad, if not worse, for the Democratic-controlled Congress, with a Washington Post/ABC News poll showing more than seven in 10 Americans disapproving of the job it is doing.

That spells bad news for Obama and his party in November, because the Post/ABC survey showed Republicans making a political comeback from its devastating losses in 2008. When Americans are asked how they would vote in the midterm House elections, they are split right down the middle, 46 percent to 46 percent. Democrats had led the GOP by 51 percent to 39 percent four months ago.

Significantly, registered independent voters, who will likely decide the outcome of this fall's elections, now say they will vote Republican by 51 percent to 35 percent.

This represents a dramatic change in the political landscape from just a year ago and underscores my earlier reports in this column that the GOP is poised to pick up as many as 30 House seats, possibly closer to 40, and anywhere from six to eight seats in the Senate.

The economy remains the dominant issue that is driving voters away from Obama and the Democrats and toward the Republicans. The latest jobless numbers have only further deepened dissatisfaction with the president's economic-stimulus program. The only thing it's stimulated is more government spending and increasing federal debt.

As Obama's poll numbers have fallen, the administration has frantically escalated its claims that its jobs program is working. Vice President Joe Biden said the stimulus was "responsible for over 1 million jobs so far," either saved or created.

But few economists believe these claims, and the employment numbers do not support them. Businesses slashed 20,000 more jobs in January, and the Labor Department reported that the economy actually lost 150,000 jobs in December, not 85,000, as it previously reported.

The White House tried to make much of the unemployment rate's drop to 9.7 percent, but that was largely due to a sharp increase in the number of Americans who have given up looking for work, which rose to 1.1 million last month. "Each week, more than 450,000 Americans apply for new unemployment benefits, and 17 percent of adults can't find a full-time job or have quit looking for work altogether," said University of Maryland economist Peter Morici.

Desperate to show that they are now refocusing and redoubling their efforts to reignite new job creation, the administration has been cooking up every half-baked, back-burner idea it can find. But its spending ideas have yet to stoke the Great American Jobs Machine, and they aren't going to, either.

Obama's plan to transfer $30 billion to a few favored community banks to lend to small business is like pouring a thimble full of water in the ocean -- or in this case, a $14 trillion economy. It will have no macro effect.

There is less confidence among Democrats on Capitol Hill that another $100 billion or so in stimulus spending will work, either, but Democrats are ready to throw more money at it in the absence of any better proposals coming out of the White House.

The administration's latest act of desperation is to increase the Export-Import Bank's funding for small businesses from $4 billion to $6 billion, to subsidize foreign purchases of U.S. exports with low-interest loans. The money will also hire more workers at the Commerce Department. Taking more capital out of the U.S. economy, which this program does, weakens capital formation and economic growth. The signal all of this sends is that the administration has run out of new spending ideas to boost the economy, which was never going to work in the first place. The voters instinctively realize this, and it is now dawning on the stock market, which has tumbled in the past week, a clear sign that it has lost confidence in this presidency to "fix what is broken in the American economy," Morici says.

Now, more Democrats are beginning to complain. Last week, former Virginia Gov. Douglas Wilder, who endorsed Obama, urged him to get rid of the political advisers who are running the White House as if it were just another campaign, and replace them with "others more capable of helping him govern."

"The West Wing is filled with people who are in their jobs because of their Chicago connections" but who have no experience in governing at the executive-branch level, Wilder wrote at the Politico Web site.

The much deeper problem, of course, is that Obama doesn't have any executive experience, either.