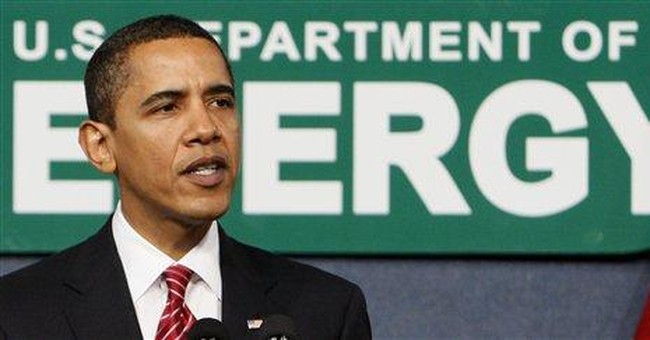 WASHINGTON -- Public resistance to the Democrats' big-spending economic-stimulus bill has risen sharply as Americans continue to learn, and dislike, what they see in it.

A recent national Rasmussen poll reported that just 37 percent favor the pending plan, 43 percent are opposed, and 20 percent aren't sure. In the last two weeks, public opposition has grown by nearly 10 percent.

A Gallup Poll now finds that 37 percent want Congress to make "major changes" in the legislation before passing it, and 17 percent want the plan killed because they think it is too costly and won't work.

The so-called economic-recovery plan, which tips the scale at nearly $1 trillion (when borrowing costs are included), is the single most expensive piece of legislation in American history. It is heavy on spending and light on much-needed income-tax cuts.

But what is really turning so many citizens against this legislation is the mountain of wasteful, special-interest spending it contains.

Both the House and Senate bills are loaded with an appalling amount of pork-filled, waste-ridden giveaways that will do little to nothing to create jobs or get this economy growing again. I've reported some of the bill's squandering, but new expenditures are being found almost daily. Here are some of the latest:

-- $34 million to remodel the U.S. Department of Commerce's building in Washington, D.C.

-- $20 million "for the removal of small- to medium-sized fish-passage barriers."

-- $350 million for the U.S. Department of Agriculture to buy new computers.

-- $400 million for state and local governments to buy new vehicles.

-- $600 million to replace part of the federal government's vehicle fleet.

-- $50 million for the National Endowment for the Arts.

-- $44 million to make building repairs at the Agriculture Department.

-- $198 million for payments to Filipino veterans of World War II.

When asked about these and other earmarked items, President Obama pushes aside their costs, saying they amounted to "less than 1 percent of the total package." Incredibly, he believes Democratic lawmakers were "remarkably disciplined" in putting the legislation together.

But the president's 1 percent is based on both the spending and tax-cut portions of the House bill. When these and many other dubious expenditures are applied to just the $500 billion in spending, they consume a sizable share of the bill's funding.

This is not to say that some of this spending isn't worthy. It just has no business in an economic-stimulus bill. Democrats, who inserted most of these and other provisions, were putting their spending earmarks "on the stimulus train before it left the station," an appropriations aide told me.

"Some or all of this spending may be worthy of debate, but to say it will lead to immediate job creation -- the goal of the legislation, after all -- is a stretch, to say the least," said House Republican leader John Boehner of Ohio.

But Democrats in the Senate thought the House's $825 billion plan was still too anemic and added a number of other spending provisions, pushing the total cost to more than $900 billion.

Among the add-ons in the free-for-all spending race was $6.5 billion for the National Institutes of Health. It was accepted unanimously.

At one point in the Senate's spending binge, Republican Sen. Tom Coburn of Oklahoma offered a modest amendment to eliminate one tax-cut goody the Democrats had quietly inserted in the bill for their wealthy left-wing Hollywood campaign donors.

The provision proposed giving $246 million in tax breaks to major movie-production companies. "This is a gift. It's not going to stimulate the economy at all," an enraged Coburn told his colleagues.

Coburn is used to losing in his campaign against wasteful spending, but this time, to his surprise, his amendment to strip the tax break from the bill passed 52 to 45. Enough Democrats were ashamed and embarrassed by the obvious payoff to their party's biggest and richest contributors.

At least one Senate Democrat was willing to say on the record that her party had gone too far in its zeal to spend taxpayer money.

"There has been such a starvation diet for some of these programs that the appropriators got a little overanxious in the House. They probably did some things they shouldn't have," said Sen. Claire McCaskill of Missouri.

Wall Street executives are being rightly pilloried for giving themselves huge bonuses when their investors are losing half their retirement savings. But these excesses are minuscule compared to the spending spree going on in Congress right now that will weaken our economy and plunge us into generations of debt.