The Party of McGovern, Mondale, Dukakis, and Kerry 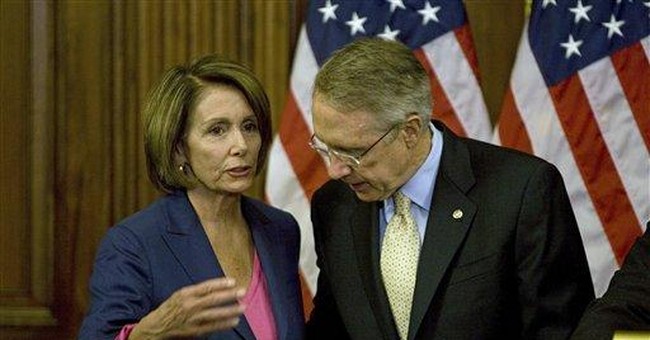 WASHINGTON -- For weeks, John McCain has been pounding Barack Obama in TV ads that depict him as an inexperienced, in-over-his-head celebrity candidate who is not up to the job of commander in chief.

And for most of that time, the freshman Democratic senator, who said he offered the voters "a new kind of politics," has not responded with an effective counteroffensive of his own.

It reminded frustrated Democrats of John Kerry's failure to answer the Swift Boat attacks on his exaggerated service in Vietnam. The result has been a rapid erosion of Obama's support among Democrats, women, Catholics and even younger voters, according to John Zogby's latest poll, showing McCain edging ahead by a 46 percent to 41 percent margin.

A slew of other polls, including the Los Angeles Times/Bloomberg poll, came out last week that reinforced Zogby's findings and stunned Obama's high command.

"The survey highlights Obama's vulnerability on the question of his readiness to lead the nation. Less than half of the registered voters polled think the first-term Illinois senator has the 'right' experience to be president, while 80 percent believe McCain, a four-term senator, does," the Times reported Wednesday.

Obama has been getting pounded on two additional issues during this time: his opposition to drilling for more oil in the face of high gas prices on one hand, and his meek, Jimmy Carter-like response to Russia's Soviet-style invasion and subsequent occupation of neighboring Georgia on the other.

Both of these were major factors in Obama's shrinking support, but the foreign-policy crisis in Georgia has hurt him more because it plays into the not-ready-to-lead charge that McCain has made a paramount issue of his campaign.

Thus, there is much riding on this week's convention and the political image Barack Obama and the Democrats present to the nation over four successive nights, culminating with his mega-rally extravaganza Thursday night in Denver.

One potential trouble spot: Bill and Hillary Clinton will dominate much of the convention. Obama bent over backward to kowtow to their look-at-me demands for more prominent prime-time speaking roles on consecutive nights.

Then there will be a nominating roll-call vote that Hillary also demanded to give her still-angry supporters a cathartic experience to vent and show her proper respect. Presumably, this will require Clinton to make another trip to the podium to release her delegates to vote for Obama and move to declare him the nominee by acclamation.

But will Clinton's speech be all about her and her campaign and the 18 million votes she received in the primaries? Hordes of her supporters will fill the convention hall, lustily cheering every utterance about her historic bid for the presidency. And many of them are unwilling to bury the hatchet and let bygones by bygones.

The name of one of the three major groups working on her behalf this week in Denver is PUMA, which stands for "Party Unity My A--." They insist that Clinton was robbed of the nomination and are in no mood to embrace Obama's candidacy, at least not yet.

But the larger subtext of the Democratic convention is shaping up to be far more problematic for Democrats in the fall election.

While Obama has been preaching change, a new kind of politics and a new chapter in Democratic policies, the same old liberal, nanny state, anti-trade, anti-tax cuts, anti-drilling, anti-business politics will be on full display in Denver -- reminding voters that nothing has changed in the party of McGovern, Mondale, Dukakis, Gore and Kerry.

There will be the Clintons, hogging the limelight and wishing for a return to the old days when they were at the center of power. Then in rapid succession will come House Speaker Nancy Pelosi, Senate Majority Leader Harry Reid and a conga line of other Democratic leaders, reminding the country why Congress' public-approval rating has sunk to 14 percent.

The keynote speech is being delivered by former Gov. Mark Warner of Virginia -- hardly a household name -- whose dull, technocratic speaking style was one of the reasons why his own presidential bid fell with a thud. But since Hillary will be at the podium on the same night, it's unlikely he will get much attention, which is just the way she likes it.

Other speeches are designed to appeal to a raft of Democratic special pleaders and blame-America-first complainers calling for a laundry list of new government programs to solve every problem under the sun. Haven't we heard this stuff before?

The closing act on Thursday night will be Barack Obama delivering his acceptance speech before a monster, outdoor rock-concert-style rally that favors his kind of promise-them-anything oratory. It will be like that gigantic outdoor rally in Berlin, where hundreds of thousands of frenzied Germans turned him into a global celebrity that has backfired on his candidacy.

Obama returned home to discover that the voters were looking for an experienced leader, not an international political rock star.