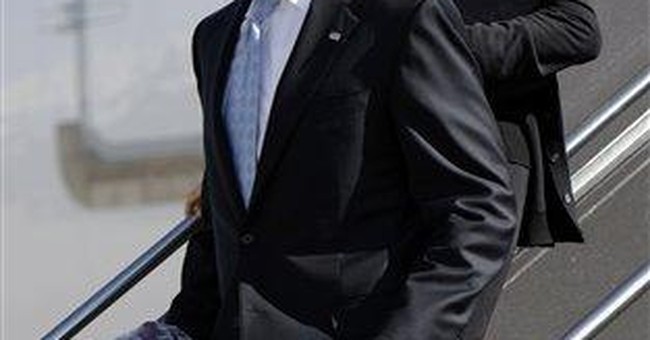 The freshman senator from Illinois has a long record of favoring gun bans in Chicago and Washington, D.C., and a raft of other gun-control bills that are anathema to gun owners, hunters and sportsmen alike.

He insists now that he supports Second Amendment gun rights to keep and bear arms that the U.S. Supreme Court upheld when it struck down the D.C. gun ban in June. But he refused to join 77 of his colleagues who signed a friend of the court brief to end the weapons ban, and he remains sympathetic to a broad range of gun-ban statutes.

Still, the Obama campaign has been running ads in key states with large populations of gun owners and hunters, insisting he supports the right. He cannot run away from his record, while the McCain campaign, the Republican National Committee and the nearly 4-million-member National Rifle Association are blanketing the country with ads, Web site videos and other broadsides detailing his record -- especially in battleground states where gun controls are political poison.

NRA officials told me this week that they are mounting the biggest anti-gun-control offensive in their history to make sure every gun owner in the country knows that, deep down inside, he does not believe people should own guns.

"We are going to spend whatever our members send us," NRA chief lobbyist Chris Cox told me in a phone interview. "Obama assumes our members are either stupid or have short memories, or both. What he's going to find out is not only are they a loyal voting bloc but a savvy voting bloc who don't become bitter by owning guns but become bitter when politicians lie to them or mock their lifestyle."

The gun-rights voting bloc is a sizable force in American politics, with 90 million gun owners in the country that the NRA has become proficient in mobilizing in presidential elections. Their largest numbers are found in states like Michigan, Pennsylvania, Ohio, West Virginia and out west, in places like Montana, Nevada and Colorado -- red battleground states that Obama Democrats hope to carry this time.

President Clinton believes to this day that Al Gore's pro-gun-control record cost him three to six states and the 2000 election. Voter exit polls at that time found that about 48 percent of voters owned guns, up from 37 percent in 1996. George Bush won 61 percent of their vote.

It became such a deadly issue during that period that Democrats largely abandoned any mention of gun-control laws in their campaigns or began running as gun-rights Democrats -- like former Gov. Mark Warner and Sen. James Webb in Virginia and Sen. Bob Casey in Pennsylvania.

Montana illustrates the Democrats' growing gun problems. The Obama high command targeted Montana early this year because it's been rapidly trending Democratic in recent years. Obama has visited the state five times in this campaign and has a large, full-time ground organization working there. But earlier this year, Democratic Gov. Brian Schweitzer bluntly told The New York Times that Obama could not carry his state because of his gun-control record.

"In Montana, we like our guns. We like big guns. We like little guns. We like shotguns. We like pistols. Most of us own two or three guns. Gun control is hitting what you shoot at," the feisty rancher told the Times. When asked why he thought the Democratic nominee could not win the state, he replied, "Guns."

The polls bear him out. A recent Rasmussen survey of Montana voters now shows Obama trailing John McCain by 53 percent to 42 percent. Democratic strategist Simon Rosenberg, who heads the New Democrat Network, released a new set of polls last week that found Montana "seems to be drifting back into the GOP camp."

Gun-owner doubts about Obama seems to be why he is running behind or is in a dead heat in states where a Democrat should be doing well this year -- like Ohio, Michigan, Pennsylvania, West Virginia and Nevada.

In heavily Democratic Michigan, for example, the economy is by far the No. 1 issue, but pollsters say gun-control fears are one of the reasons why the race is in a dead heat in the strong union state.

Republican campaign broadsides are portraying Obama as "the most anti-gun presidential candidate in American history" a message that now threatens to hurt him among his own party's base.