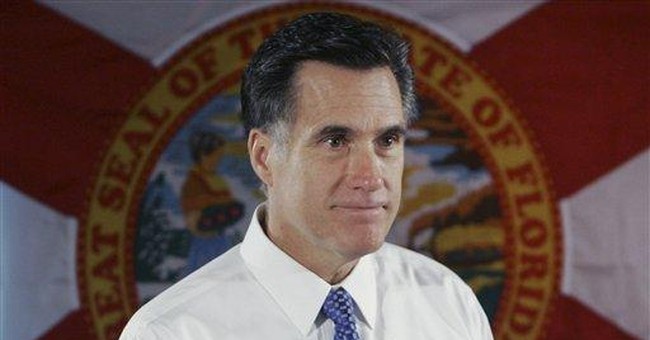 WASHINGTON -- Talk about a flip-flop. A month or two ago Mitt Romney and John McCain were trailing Rudy Giuliani and Mike Huckabee in the polls and all but declared politically dead.

Now the Republican presidential contest has turned into a very close race between McCain (who won New Hampshire and South Carolina) and Romney (who won Michigan and Nevada), while Huckabee and Giuliani were trailing badly in the polls in key state primaries to come.

For most of 2007, no one could touch Giuliani in Florida, the state he had chosen to focus on after all but dissing the early state contests. But the former New York mayor, who lost momentum and voter visibility in the last month, has fallen badly behind in the Sunshine State as has the former Arkansas governor.

Romney could not gain any real traction in Florida last year. He was little known by voters there and had invested few of his resources in the state, concentrating on the early caucus and primary contests. McCain was badly weakened by the immigration issue.

But at the end of last week, both McCain and Romney were locked in a virtual dead heat in Tuesday's Florida primary and it is not a stretch to say that the race may be between the former Massachusetts governor and the Arizona senator from here on out.

A St. Petersburg Times poll last week showed McCain at 25 percent and Romney at 23 percent, with the once-upon-a-time frontrunners Giuliani and Huckabeee at 15 percent each. Other polls showed the race is just as tight between the two frontrunners.

Support for Giuliani was fading fast elsewhere, too. A new Field Poll in California, the mother lode of delegates on Feb. 5, Super Tuesday, shows at 11 percent, down from 25 percent a month ago. Now McCain is leading there with 22 percent, closely followed by Romney at 18 percent. Recent polls even show McCain leading in Giuliani territory, including New York and New Jersey.

As for Huckabee, the winner in Iowa, he may be the one-state wonder that Romney has dubbed him. Running without a structured, broad, coherent message, with little money and no national organization to speak of, he is diminishing fast.

Giuliani is having money troubles, too, which is what happens when you not only fail to win any races but come in so far behind that donors desert you. He blew $2 million on TV ads in New Hampshire in a futile attempt to play catch up, money he could have used in Florida.

Meantime, McCain and Romney's improbable come-from-behind climb to the front of the pack may tell us more about the Republican electorate than has been evident thus far.

In McCain's case, it is remarkable that the leader of the hated McCain-Kennedy immigration reform bill, which offered illegal immigrants a path to citizenship, is drawing such strong Republican support anyway. He toned down his reform message during his comeback drive, emphasizing border security, but he still embraces the bill he championed last year.

On national security, no one has championed the Iraq war more than McCain, even with his criticism of the way it was managed, and who led the drive for a military surge that has proven successful. Still, the war is unpopular with voters, though the lower level of violence -- and growing fears about the economy -- has made the conflict less of an overriding issue than it once was.

Even more improbable, he is winning GOP support despite his flat-out opposition to the Bush tax cuts, the centerpiece of the party's economic policies. He changed his position about a year ago as he was preparing to run, saying that he has never voted to raise taxes and he hasn't.

Romney, on the other hand, has had his difficulties with liberal positions in his past on abortion, gun control and other social issues, positions that he has since changed in what he has labeled a major conversion. He's been able to overcome such ambiguity with his emphasis on tax cuts and getting the economy moving again -- a tactic that crushed McCain in Michigan where the message played well in a recessionary economy.

Timing in politics is everything, and Romney's strong suit as a business investment leader who knows how the economy works is perfectly timed and in sync with a deeply pessimistic electorate looking for someone who knows how to boost incomes, jobs and growth.

While campaigning in Sarasota last week, Romney ridiculed McCain's admission that he was not an expert in economics. "I won't need a briefing on how the economy works," Romney said.

It is interesting that these two men have moved to the front of the GOP race at a time when their respective strengths are needed to deal with the country's two biggest challenges: the war on terrorism and a weakening economy.

The voters seem to know what they're doing.