Dinesh D'Souza
|
Posted: Jul 26, 2016 12:01 AM
Share   Tweet
The opinions expressed by columnists are their own and do not necessarily represent the views of Townhall.com. 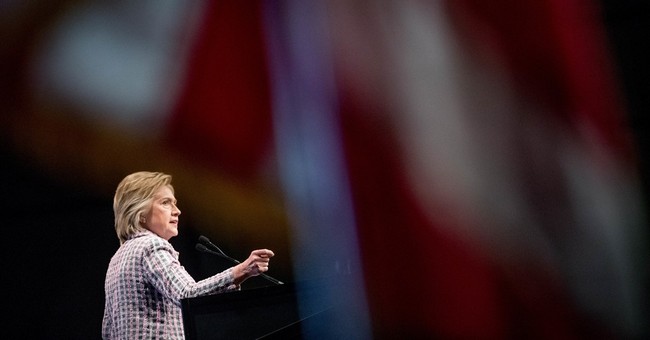 Monday marked the beginning of the Democratic National Convention, where Hillary Clinton and her fellow Democrats will try to convince the country that they are the party of the future. To combat their lies, here is a list of seven things they don’t want you to realize about their history from my latest book, Hillary’s America: The Secret History of the Democratic Party.

1. The Founder of the Democratic Party was a Racist Land Stealer

Andrew Jackson didn’t really go around the law; he made the law. He was a law unto himself. That’s because he had the troops and the guns to make the Indians do his bidding. Of course Jackson wasn’t getting the Indians off their land simply because he wanted to help poor whites to have their own land. What Jackson also wanted was the votes of those people. He was willing to make land available to them knowing that this would make them into his lifelong supporters and constituents.

Jackson had something that poor whites wanted—namely land—and they had something he wanted— namely their political support. Jackson thus established the Democratic Party’s vote-getting strategy for nearly two centuries right up to the present day: rob Peter to pay Paul.

In order to win the votes of poor white settlers, Jackson had to prove that he was more ruthless than they were. This was necessary because Jackson had to convince them that he could deliver something that they could not obtain for themselves, namely the possessions of some very powerful and warlike Indian nations. In the early nineteenth century, the Deep South region south of Tennessee and all the way to Florida was occupied by several tribes: the Chickasaw, the Choctaw, the Creek, the Cherokee, and the Seminole.

2. The Democrats are the Party of Slavery

The Democratic Party in the South invented the “positive good” school that argued slavery was good not only for the master but also for the slave. The champion of this school was the Democratic Senator John C. Calhoun. Northern Democrats, led by Senator Stephen Douglas, produced a subtler but no less invidious apologia for slavery: “popular sovereignty,” a doctrine that allowed each state and territory to decide for itself whether it wanted slavery.

Democrats on the Supreme Court also forged the majority in the notorious Dred Scott decision that upheld slavery and insisted that blacks have no rights that a white man needs to respect. Democratic presidents after Jackson—from Polk to Buchanan—protected slavery from abolitionist, free soil, and Republican attack.

The Democrats started numerous terror groups, but the most notorious of these was the Ku Klux Klan. Founded in 1866, the Klan was initially led by a former Confederate army officer, Nathan Bedford Forrest, who served two years later as a Democratic delegate to the party’s 1868 national convention. Forrest’s role in the Klan is controversial; he later disputed that he was ever involved, insisting he was active in attempting to disband the organization.

Initially the Klan’s main targets weren’t blacks but rather white people who were believed to be in cahoots with blacks. The Klan unleashed its violence against northern Republicans who were accused of being “carpetbaggers” and unwarrantedly interfering in southern life, as well as southern “scalawags” and “white niggers” who the Klan considered to be in league with the northern Republicans. The Klan’s goal was to repress blacks by getting rid of these perceived allies of the black cause.

In addition to the Klan, another institution of white supremacy that the Democrats created across the South was state-sponsored segregation. This took longer; while the Klan was in full operation in the 1860s, segregation was institutionalized in the 1880s and comprehensively established only by the early twentieth century.

In 1896, the Supreme Court in Plessy v. Ferguson affirmed the constitutionality of segregation. The Court considered a Louisiana railroad segregation statute that was euphemistically titled, “An Act to Promote the Comfort of Passengers.” A Democratic legislature passed the law, and a Democratic governor signed it.

5. Margaret Sanger (the founder of Planned Parenthood) was a Racist Eugenicist

Margaret Sanger came up with an original proposal: let’s prevent these useless people from even existing. Let’s stop them even before they are born. This was the whole point of “birth control,” and it became one of the foundation stones of early progressivism. The progressives recognized the value of Sanger’s cause. So did the leadership of the Democratic Party. If useless people aren’t born, we don’t have to segregate them, nor do we have to chase them down and kill them. People who don’t exist can hardly pose a problem. For one thing, they can’t vote Republican.

Sanger’s Klan appearance, together with her Negro project, show she shared the special antipathy to blacks that was a trademark of the Democratic Party in the South. Sanger did regard blacks as the most backward, unintelligent subset of the population. She seemed to regard a large percentage of the black population as borderline retarded.

6. Hillary and Obama’s Mentor Learned From and Admired the Mob

So what is it about Alinsky? What did Obama and Hillary learn from him? Alinsky was a political gangster, who learned his trade from criminal gangs, notably the Al Capone mob. Obama and Hillary are two con artists who came to Alinsky to learn his con-man techniques. Alinsky taught them the art of the shakedown. Obama studied well under Alinsky, eventually becoming an instructor of Alinskyite techniques. Hillary, however, went beyond Alinsky. As we’ll see, she figured out how to take Alinskyism to a new level.

Far from viewing the Capone operation with revulsion, Alinsky said, “I came to see the Capone gang as a huge quasi-public utility servicing the population of Chicago.”

Andrew Jackson’s real estate shenanigans became a hot topic in his 1828 presidential campaign. Even earlier, in 1824, his opponents suspected him of profiting from political office but they were unable to produce convincing evidence. By 1828, however, Jackson’s critics had gotten smarter and more determined. Jackson, however, was ready for them. On December 4, 1827, a fire broke out in the building containing Jackson’s financial papers. Conveniently, all the original records of his earlier land dealings were destroyed.

Jackson professed his innocence, and again, no one could prove he was behind the fire. The whole situation, however, bears an uncanny resemblance to Hillary Clinton deleting her emails. Oops! They’re gone! And now we will never have full information about why she set up her private email account and what she wanted to keep out of the official State Department email system. Hillary might have thought she was being original, but Jackson got there first. Just like his twenty-first century counterpart, Jackson deleted the evidence that his critics might have used to incriminate him.