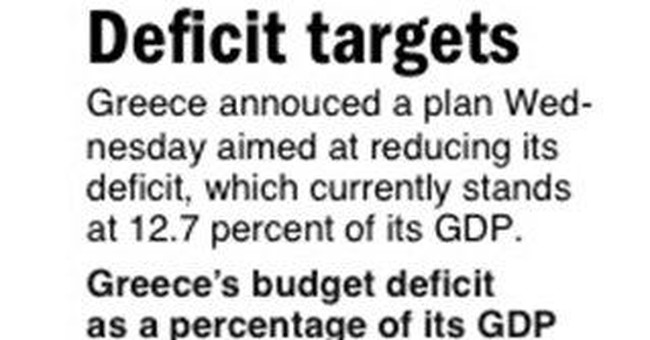 We predict Republicans will takeover both Houses of Congress. The question is: Once they achieve power, what will they do with it?

Clearly the dominant issue for the new Congress in 2011 will be how to bring down the deficit. Democrats will, of course favor tax increases, and Republicans will resist them. But drowning out the partisan rhetoric will be the editorial drumbeat from the economic and journalistic establishments that will call for compromise, splitting the difference between the two.

Here is where the Republicans' new congressional majorities must hold the line. Every single GOP member of the House and the Senate must make a firm commitment to oppose any and all tax increases. In the coming congressional and senatorial primaries, it is our duty as voters to support only those Republicans who sign the no-tax pledge of the Americans for Tax Reform.

When Obama took office, he had one paramount goal in mind: to increase the size of the federal government. Socialism is not an epithet or even an economic philosophy. Whether a nation is socialist or not is determined by a single, simple statistic: What percent of the economy (gross domestic product) goes to the public sector? When Obama took office, the U.S. public sector (federal, state and local) spent about 30 percent of GDP. Now it is 36 percent. If Obamacare lives to be fully implemented, it will pass 40 percent.

The United Kingdom has a public sector that accounts for about 40 percent of its economy. Germany is at about 48 percent. France is at 50 percent, and Sweden at 54 percent.

If Obama is allowed to let the public sector expand to 40 percent of our GDP, we will become a European socialist democracy, to our everlasting detriment. We will thereby inherit the sclerosis that afflicts Europe -- permanently high unemployment and low economic growth.

But after his swearing-in, President Obama couldn't say that he was going to raise taxes to move us toward socialism. So, instead, he raised spending to do it and borrowed the money to pay for it. Now, with interest rates set to rise (because the Fed is not printing money as fast as it was), our debt service burden will be so onerous that it will become obvious to everyone that the deficit Obama has created is unsupportable.

Now, we pay an average of 3.5 percent interest on our $12 trillion national debt. That works out to an annual debt service bill of about $400 billion. While large, it's not impossible. Defense spending, for comparison, is $550 billion, Social Security is $400 billion, Medicare is $300 billion, Medicaid about $200 billion.

But, when interest rates rise to 7-8 percent -- as they must now that the Treasury cannot just borrow newly printed money but must get real loans from real lenders to finance its deficit -- the burden will grow to close to $1 trillion, about a quarter of our budget. Put differently, the entire take of personal income taxes in the United States comes to about $900 billion. All of it will go to debt service.

The United States will become just like the subprime mortgage holders who borrowed at low teaser rates only to see their interest grow until they had to sign over their entire paychecks to the mortgage company.

Obama has been expecting this outcome all along. It is how he will achieve socialism in the United States. He will use the pressure his deficit creates to force higher taxes that will permanently expand the public sector.

Ronald Reagan increased the deficit to force liberals to stop spending. Obama has increased it to force conservatives to vote for higher taxes.

Once a spending increase is matched by a tax increase, it lasts forever. That is how Obama plans to move the government's share of the GDP permanently over 40 percent -- into socialist territory.

But the Republicans can and must stop him. By refusing to vote for a tax increase and cutting back Obama's crazy spending, slicing his stimulus package and ratcheting back federal Medicaid payments (by zero funding the increases built into Obamacare), Republicans can cut the deficit without higher taxes.

Indeed, the party should commit to lowering taxes by cutting capital gains levies to stimulate investment, jobs and revenues. The only tax that works economically is a tax cut!

Such a defiant stand, in the face of withering criticism from the media, economists and the Federal Reserve, can only be made by hardy souls. Indeed, such a stance by a Republican Congress will lead to exactly the same sort of government shutdown -- when Obama vetoes the budget -- as discredited the GOP in 1995-1996 and led to Clinton's re-election.

But history will not repeat itself. The Republicans will win this confrontation with the White House. Everybody in America knows that Obama has increased spending out of all proportion. Everyone knows that higher taxes would be devastating. And the Republicans must capitalize on these convictions so deeply held by the vast majority of voters to prevail in the coming deficit wars.

For now, our job as conservatives is to nominate only those Republicans who have taken the pledge not to raise taxes. Some may break their word. But we can be quite sure that those who do not give it in the first place will not hesitate to cooperate with the Democratic tax hikes that spell socialism for America.