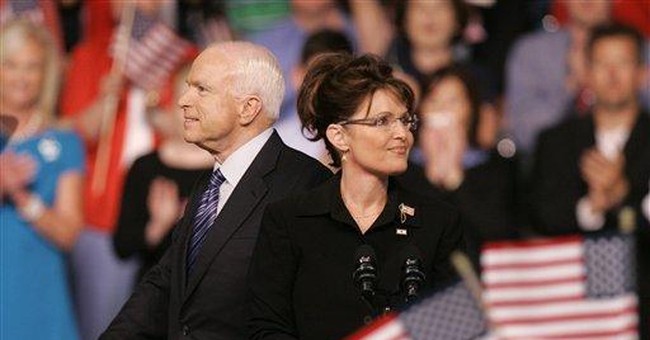 A master was at work last night. A politician who can inspire hope filled in the blanks of his program and articulated his vision with skill and panache.

Barack Obama, never short on inspiration, gave us specifics. He delivered a State of the Union Address, laying out his programs fully and well. He gave exactly the right speech with the right delivery and balance of detail and rhetoric.

And he wove his background and his philosophy into and around his proposals, combining moving words with specific proposals. The speech will surely give him the bounce he needs - turning a deadlocked race into a potential landslide.

John McCain can take back the ground Obama won last night - if he does it right. To wit:

1) Explain why his first term won't be a Bush third term. This man who opposed Bush in 2000 must rebut the charge that he's but an echo of W.

McCain led where Bush feared to tread: against torture, for ethics reform in Congress and the Executive Branch, for campaign-finance reform, for regulation of tobacco, for tough protections for worker pensions and limits on golden parachutes. He was out front early with a broad program to promote alternatives to oil, and with the surge strategy that won the war in Iraq. He's made a careerlong priority for balancing the budget by cutting spending - and eliminating pork, including congressional earmarks.

2) He needs to state the obvious fact: Obama's programs will cost money, and the hundred words he devoted to how he'll pay for them do not adequately face the challenge; Obama's tax cuts are illusions - he'll dig deeper into our wallets, but just isn't telling us now.

3) McCain needs to explain the economic disaster that Obama's taxes will trigger. He needs to put the current economic malaise into perspective and paint what will happen if Obama's tax program is approved.

4) Finally, McCain needs to explain how Obama's proposals to gut the Patriot Act, and his weakness in facing foreign crises, will make us vulnerable.

Obama speech won't stand for months without rebuttal: McCain's convention starts Monday. His task there is enormous; he'd better get to work.