Election Victories Useless if We Lose Our Way of Life 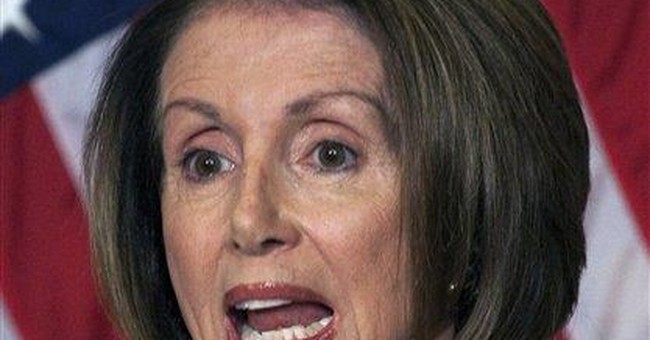 Finally, some transparency from the Obama White House. I refer to see-through efforts to affect nonchalance about Tuesday's elections in which Republicans made gains unthinkable just a year ago.

No, of course President Obama wouldn't be watching election returns, both White House spokesman Robert Gibbs and senior aide David Axelrod told the media in advance. Wasn't there a Chicago Bulls game on that night?

Maybe it gets better with age. Or maybe it offers an affirming rush of newfound nostalgia, that someplace pleasant to linger and bask.

Either way, the president's self-involved example offers a lesson. Such retrospection, narcissistic or not, is precisely what Republicans must not lapse into with their own victories, however stunning they now appear. Yes, the people voted in two key states to beat down Big Obama Government, but conservatives must offer more than pushback in 2010 and beyond. There's a war going on, a gargantuan national effort that these mainly state and local elections, of course, said nothing about.

I was reminded of this gaping hole when a prominent British Labor politician, Kim Howells, made news in Great Britain this week with a proposal summed up under the Guardian headline: "It's time to pull out of Afghanistan and take the fight to Bin Laden in Britain." This proposal, coming from a former Foreign Office minister who has supported the war in Afghanistan, is guaranteed to crack the UK war debate wide open, something that has yet to happen here.

And what does he mean? In a lengthy essay that appeared on the same day that five British troops were murdered by a Taliban-linked Afghan policeman, Howell explains that seven years of military and civilian aid have neither destroyed Al Qaeda in Afghanistan nor the Taliban. "There can be no guarantee," Howells writes, "that the next seven years will bring significantly greater success and, even if they do, it is salutary to remember that Afghanistan has never been the sole location of terrorist training camps."

The light begins to dawneth.

"If we accept," he continues, "that Al Qaeda continues to pose a deadly threat to the UK, and if we know that it is capable of changing the locations of its bases and modifying its attack plans, we must accept that we have a duty to question the wisdom of ... the deployment of our forces to Afghanistan. It is time to ask whether the fight against those who are intent on murdering British citizens might better be served by ... (bringing) home the great majority of our fighting men and women and concentrate on using the money saved to secure our own borders, gather intelligence on terrorist activities inside Britain, expand our intelligence operations abroad, co-operate with foreign intelligence services, and counter the propaganda of those who encourage terrorism."

Hallelujah, it's a start. Someone in a high political place seems to realize that what I think of as a multilevel war on Sharia-spreading jihad isn't confined to the sketchy borders of Afghanistan, isn't solved by politically correct fantasies of "nation-building," and, further, is already raging unopposed within the UK itself. This is at least a variation on my call to stop nation-building in the Islamic world and start nation-saving in the Western one.

The resulting reconfiguration of British priorities, Howells believes, would also reconfigure British life: "Life inside the UK would have to change," he writes. "There would be more intrusive surveillance in certain communities, more police officers on the streets, more border officials at harbours and airports, more inspectors of vehicles and vessels entering the country, and a re-examination of arrangements that facilitate the 'free movement' of people and products across our frontiers with the rest of the EU."

Which doesn't sound pretty. Then again, war isn't pretty. And it is the apparent recognition that there is a war on Great Britain being waged from within Great Britain -- a war that "nation-building" in Afghanistan does nothing to stop -- that is the most refreshing element of Howells' proposal.

Will any U.S. politician, preferably from the pro-military, pro-Israel, anti-jihad heart of the GOP, ever think to hurl such a consensus-shattering brick into our own national debate?