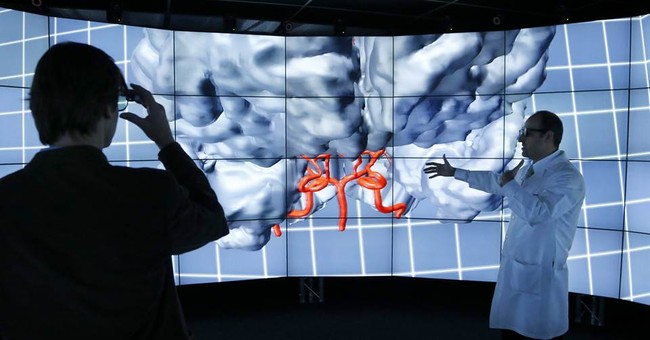 Mental health parity mandates require health plans cover mental health treatments — such as psychiatric hospital stays and counseling sessions — at identical dollar limits to physical health treatments. Thus, if your health plan provides unlimited care for cancer, heart attack, stroke or any other physical ailments, your plan must provide unlimited care for psychiatric conditions. In years past, many health plans limited psychotherapy to only five or 10 outpatient sessions per year.

Recent episodes of mass violence have raised awareness of severe mental illness. The perpetrators of these horrendous crimes were undoubtedly suffering from significant mental health problems. But it’s doubtful that additional health plan mandates would have caused them to receive the behavioral intervention they so desperately needed.

It is relatively difficult for family members (or law enforcement) to force individuals suffering from severe mental illness to accept treatments they don’t want. Until the 1960s, most civil commitments were involuntary. People in need of psychiatric care were institutionalized — usually against their will. But rather than the old standard where involuntary civil commitment mostly involved family members’ assertions of medical need, involuntary commitment, although it still varies state by state, now requires proof the patient is a danger to self or others.

Furthermore, the length of time patients can be involuntarily committed for evaluation is only about 72 hours. That’s such a narrow window that it’s unclear how mental health parity mandates could deter deranged individuals contemplating violence.

Actuaries are beginning to understand how different medical conditions warrant different levels of cost-sharing in order to achieve desirable outcomes at reasonable costs. As we’ve written before at the NCPA, a major problem with generous mental health parity mandates is that mental conditions are subjective. In the absence of objective standards — like blood tests that can definitely identify mental illness and measure treatment success — insurers have to rely upon patients’ subjective descriptions of their feelings and their therapists’ subjective progress reports. It’s probably safe to assume that psychotherapists believe even mentally healthy people could benefit from periodic counseling. Although this view is likely their honest opinion, it is also consistent with counselors’ desire to get paid. This moral hazard and the ambiguity of treatment progress increases mental health treatment costs.

Not all mental health treatments are in response to a mental disorder. Consider this: a study in an economic journal found that more than one-third (38 percent) of mental health patients did not have a mental health disorder. Some patients viewed sessions with their therapist like a therapeutic massage for their emotions: pleasant but possibly not something they would consider worthwhile if required to pay out of pocket.

As former Atlantic columnist Megan McArdle has pointed out, the number of people with severe mental illness is rather small compared to those who are merely unhappy with their life. A generous mental health mandate would mostly provide costly — medically unnecessary — gripe sessions for the moderately unhappy. Discontented people could dump on their therapist all their trivial complains about unfulfilling jobs, inattentive spouses and life opportunities missed — all paid for by other peoples’ money.

Mental health mandates also open the door to fraud. Texas and Florida suffered a series of fraud accusations around 1990, when patients with questionable mental health needs were admitted to for-profit, psychiatric hospitals. Patients’ health plans were then systematically looted; only to be discharged the day their mental health benefits ran out. One company was accused of charging $1,100 (per person) for recurring three-hour “group” therapy sessions. It was also accused of marking up nonprescription drugs 30,000 percent and billing for services never provided. Treatment plans (and diagnosis) were often adjusted to match insurance coverage limits. Many of the shady providers preyed on adolescents whose parents had good health coverage. Office-based counselors would convince parents their teens’ angst was depression that could lead to suicide. The teens were then admitted to affiliated psychiatric hospitals, where their mental health benefits were maxed out over the course of a week or two. The teens were miraculously “cured” and discharged the day their insurance would no longer pay.

As a society, we must discuss the best methods for preventing future violence committed by people with severe mental illness. There are no easy answers when obstinate, delusional patients resist seeking treatment. Although their conditions warrant care, it’s likely mental health parity mandates will do more to over-treat the affluent than help those truly in need. Let’s not pretend this over-priced Band-Aid would prevent mass shootings.